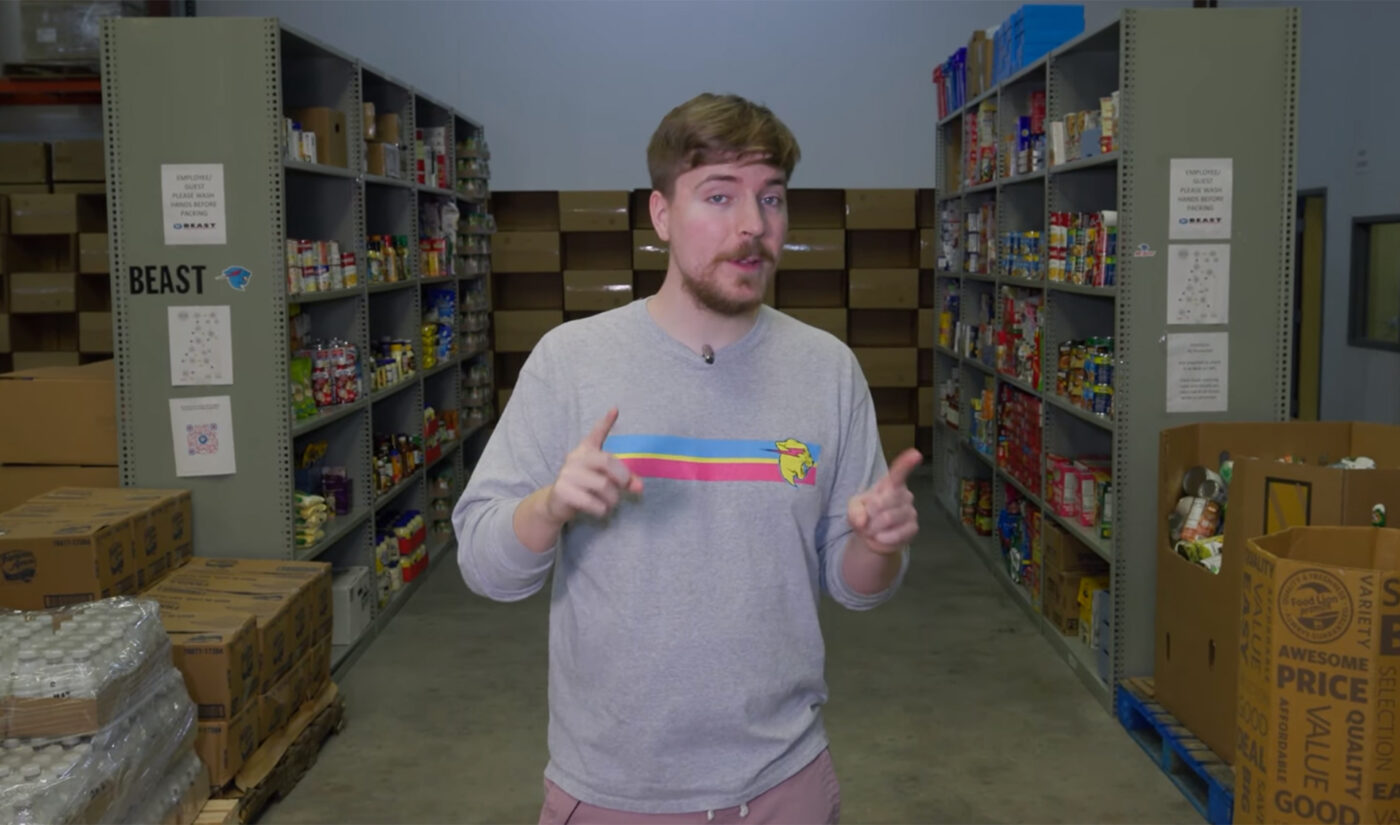 In the first-ever upload to Beast Philanthropy, the side channel that’s financially supporting the food pantry, Donaldson gives an update on what the charity has been up to so far, and how fans can help.

The pantry’s warehouse keeps a stock of around 50,000 pounds of food, and makes weekly deliveries to local communities, Donaldson says.

Darren, an expert who participated in two charitable MrBeast videos before Donaldson hired him to run the pantry full-time, estimates that between the warehouse, equipment, and food, it has probably spent around $500,000 so far.

“This has been a longtime dream of mine,” Donaldson says while walking through the charity’s headquarters. “We’re starting in North Carolina because that’s where I’m from, but also because North Carolina has a massive food insecurity problem.”

Darren adds that the food pantry is capable of feeding “millions of people a year.”

Toward the end of the upload, Donaldson reminds viewers that 100% of ad revenue, brand deals, and merch sales from Beast Philanthopy will go toward the food pantry’s costs. “Every view on this channel is literally putting food in people’s mouths,” he says.

Per the video’s description, Beast Philanthropy merch is coming soon, and so is a way for viewers to donate cash.