Snapchat’s 523 program is back with $10,000 monthly grants for “small content companies from underrepresented groups” 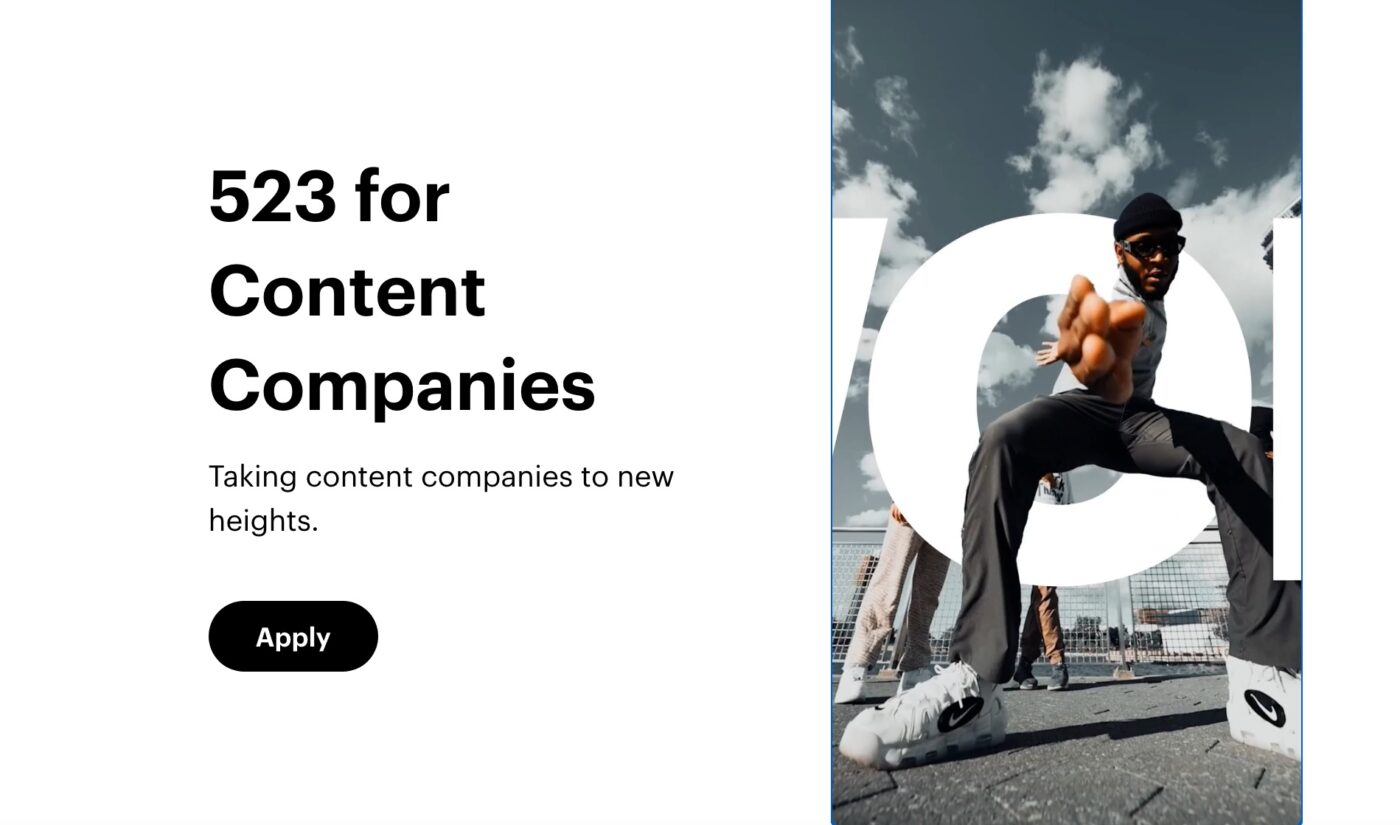 Snap is now accepting applications for its 523 accelerator. Through $10,000 monthly grants and other benefits, the parent company of Snapchat will empower content businesses that are at least 51% owned, operated, and controlled by individuals from underrepresented backgrounds.

523, which takes its name from the address of Snapchat’s first office, went live last year. The program’s monetary incentives are only part of what it provides. Participants will also be able to take advantage of one-to-one mentoring with members of Snap’s Content and Media Partnerships team, and they’ll explore topics like monetization and content strategy through workshops. A primary goal of 523 is to provide visibility for the featured businesses, who will use their monthly grants to create content that will live on the Discover platform.

The first wave of 523 partnerships incubated businesses that have since produced tangible results. For example, Snap’s support helped members of Atlanta’s Collab Crib open a studio in their hometown. According to Snap, the inaugural 523 cohort has reached more than 40 million viewers since the program launched back in March.

“523 has been a game changer for us as a small, Black-owned basketball media company,” said Ashten Smith-Gooden, whose Swish Cultures brand was part of the accelerator’s first class. “Not only are we able to incorporate a new revenue model and connect with Gen-Z, but now we are able to really test our creativity and shift our focus to scaling our brand. People tend to just see the Swish Cultures brand and not us as human beings trying to connect through the game of basketball; but Snap is making us feel seen as both.”

Applications for the second 523 class will be accepted until November 1. The 15 participants selected from that pool will be announced in December. The application form specifies that submitting companies should be at least 51% controlled by women, minorities, veterans, LGBTQ individuals, or disabled persons.

Snapchat has cut some of its accelerator programs as part of a recent round of layoffs, but in spite of its bumpy financials, the content app has strengthened its commitment to creators from underrepresented groups. It recently announced a class of 25 Black creators who will receive $10,000 monthly payments as part of a separate 523 program.

Since announcing those layoffs, Snap has made clear that it wants to work directly with top creators and offer financial support to up-and-comers. The 523 accelerator achieves the latter goal, and if its participants grow big enough, they could become Snapchat stars themselves.