Centerfold is sex positive and wants to empower creators. Welcome to the new Playboy. 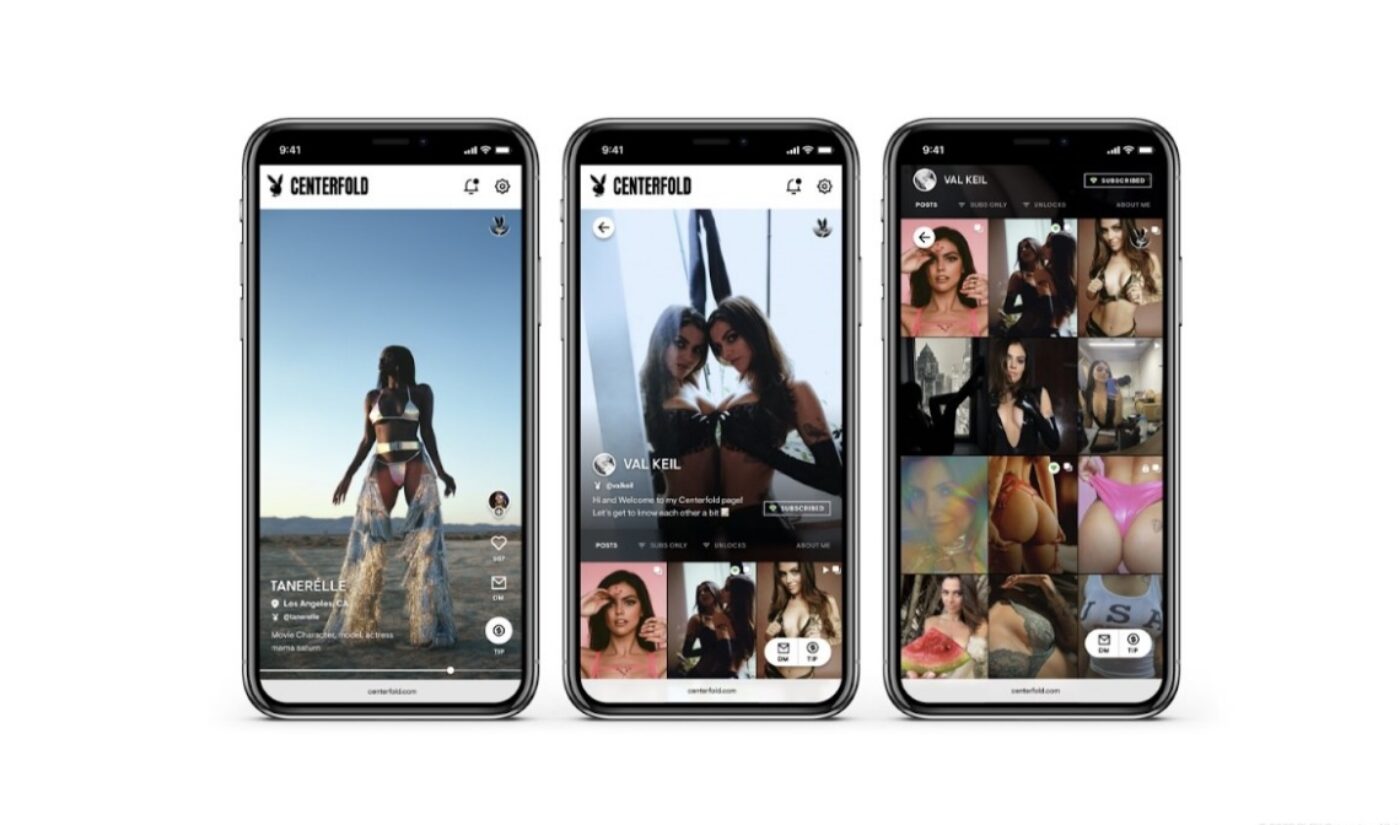 The media company’s CEO, Ben Kohn, revealed the decision via a Medium post. “Last week,” Kohn wrote, “as the disruption of the coronavirus pandemic to content production and the supply chain became clearer and clearer, we were forced to accelerate a conversation we’ve been having internally: the question of how to transform our U.S. print product to better suit what consumers want today, and how to utilize our industry-leading content production capabilities to engage in a cultural conversation each and every day, rather than just every three months.”

The result of that transformation is Centerfold, which launched late last year.

In an introductory press release, Playboy said that Centerfold would be “dedicated to creative freedom, artistic expression, and sex positivity.” The social platform’s name suggests an association with NSFW photos, but Kohn believes that the past, present, and future of Playboy has less to do with adult content than you might think. He sees Centerfold as a chance to define a new image for the brand, one that celebrates its editorial legacy while adapting it to fit into a culture that values sex positivity and empowerment.

Kohn arrived at Playboy late in 2017, shortly after the death of Playboy founder and longtime editor-in-chief Hugh Hefner. Hef’s legendary womanizing, reflected in the name of the magazine he published, was a double-edged sword for his successor. The iconic status of the publication’s founder helped make Playboy one of the most recognizable brands in the world, but his politics had long been criticized by feminists, who linked Playboy’s nude spreads to the societal objectification of women. In 2022, the release of the A&E docuseries Secrets of Playboy led to an assortment of allegations.

“The magazine was what people thought of domestically,” Kohn told Tubefilter. He noted that “the imagery in the magazine was dated” and not body-positive. As long as Hefner was alive, Playboy would never be able to escape his reputation. Now, though the brand’s founder still casts a long shadow, his successors have a chance to focus on the Playboy principles that agree with internet-age sensibilities.

Kohn targeted three areas that would be pivotal to Playboy’s turnaround. For starters, he needed talent. Previously, his company had featured everyone from Marilyn Monroe to Haruki Murakami, and as Playboy moved online, Kohn envisioned a product that would feature a “much more diverse” lineup of creative partners. “That was critical,” Kohn told Tubefilter, “because you couldn’t turn the brand around without that.”

Kohn is also attentive to what he calls the “user experience” — i.e. the consumer-facing partnerships Playboy initiates. Since he came on board, the media company has collaborated with fashion brands like Supreme and Pacsun. Most recently, Playboy and Fila have come together as a mashup of “two cultural icons.”

The most intriguing pillar of Kohn’s platform, however, is what he calls Playboy’s “core libertarian points of view.” He spoke of the “personal freedoms” that have “always been core to this company.” Playboy has long published the work of queer authors, starting with Charles Beaumont’s ‘The Crooked Man’ in 1955. In the pre-Roe v. Wade era, Hefner and Playboy pledged resources to organizations that expanded access to abortions. Ruth Bader Ginsburg wrote a letter to Playboy thanking it for its contributions to the civil rights movement.

As Kohn and his team develop Centerfold, these are the values that are on their minds. This year, as the contested status of Roe v. Wade made headlines, the Playboy CEO told MarketWatch that “our stance has not changed; we still believe in a woman’s right to choose.”

That open-minded and free-thinking ethos is now a core part of Centerfold’s identity. Its first wave of creative partners has included outspoken social media personalities, including one-time Vine star (and former Playmate) Amanda Cerny and provocative Twitch streamer Kaitlyn ‘Amouranth’ Siragusa. They are arriving on a platform that offers them a potent revenue stream, no matter what sort of photos, videos, and streams they share with their followers.

“I don’t view us as competing with OnlyFans”

As Playboy’s print publication disappeared, one of the breakout apps of the COVID-19 era rose to prominence. OnlyFans, which first launched in 2016, became the talk of the online video industry in 2021. Several of its top users revealed the millions of dollars they had made by offering explicit content to paying subscribers.

It’s easy to see Centerfold as a direct response to the OnlyFans phenomenon, since both platforms promise strong monetization options while encouraging creators to freely express themselves. The primary revenue stream on Centerfold comes from the sale of subscriptions that unlock premium content, but Playboy has its eye on sponsorships as well. The Beverly Hills-based company recently hired Loren Piretra, formerly of Twitch, as its VP of creator and influencer marketing.

“We let the creator dictate how they monetize their business,” Kohn said.

Despite the terminology some outlets have used, Kohn doesn’t see Centerfold and OnlyFans as competitors. Both are subscription-based, but their creative communities are drastically different. The former platform has cultivated an exclusive list of partners, while the latter is open to the masses. Creators interested in joining Centerfold can join a waitlist on the hub’s homepage.

The companies behind these two platforms also have different approaches to the hot-button legal issues that are affecting NSFW content in 2022. OnlyFans has struggled with regulators; it briefly banned explicit content last year before receiving backlash and reinstating its old policy. Meanwhile, Kohn pointed to the “strict content guidelines” that are available on the Centerfold website. “We have always taken the law very seriously,” Kohn told Tubefilter. That policy, he said, is “one of the big things that differentiate us from OnlyFans.”

Playboy helps Centerfold’s partners avoid legal snags so that they can establish their followings without issue. Interestingly enough, a lot of the content on Centerfold wouldn’t raise eyebrows on a more prudish platform. “Our top creators are only doing SFW content right now,” Kohn said.

Last October, Playboy announced its acquisition of social platform Dream, which provides users with the tools they need to sell directly to their fans. The $30 million deal allowed Dream’s new owners to expedite the launch of Centerfold.

As Playboy built Centerfold, it negotiated with the woman who would eventually become the face of the platform’s community. In December 2021, Playboy announced the hire of rapper Belcalis Almánzar — a.k.a. Cardi B — as its first-ever creative director-in-residence. The former stripper, who has spoken openly about sex work and its positive impact on her life, is a great fit for the empowering culture Kohn is trying to create. “It’s a much larger partnership than just Centerfold,” Kohn said. He called Cardi B a “creative genius.”

When Centerfold launched, its creative director-in-residence was quick to hype up the platform’s potential:

my first project with @Playboy is live!!! Centerfold is such an amazing platform and I can’t wait to see what all of our creators are able to do with it @plbycenterfold https://t.co/P8HtFKY4aE pic.twitter.com/YoZGejrrV0

Together, Playboy and Cardi B will look to create what Kohn calls the “21st-century version of a magazine.” The 40 creators that have joined Centerfold so far have been linked up with Playboy’s consumer products business and will be able to throw “virtual parties in the metaverse,” Kohn said.

The goal, ultimately, is to turn this select group of partners into an ecosystem with creators at its center. This, Kohn reminded Tubefilter, is what Playboy has always done. Behind his desk, he has put up a piece by longtime Playboy artist Leroy Neiman. The painting exemplifies his belief that creative people are his company’s beating heart. 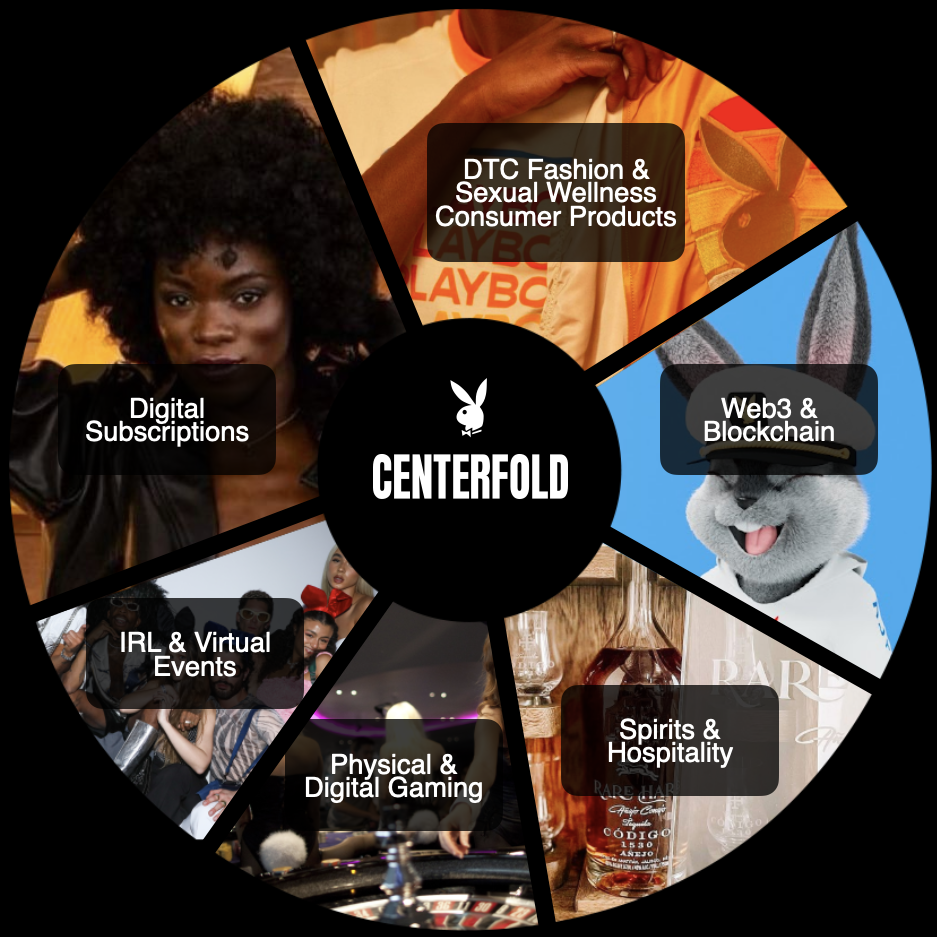 Eventually, Kohn said, this community will be opened up to a wider group of users, but for now, Playboy is being selective. The company is testing features on Centerfold and looking at data.

Playboy is smart to be patient with Centerfold. Building a new brand image — or, to put it better, reminding new consumers about Playboy’s history — takes time. There’s a lot of work to be done, but also a tremendous opportunity. To Kohn, the Playboy brand still holds astonishing influence. “The weight we carry within society is very different than what a Twitter algorithm carries,” he said. Now, that weight is being distributed online — and the consumers get to watch it all unfold.