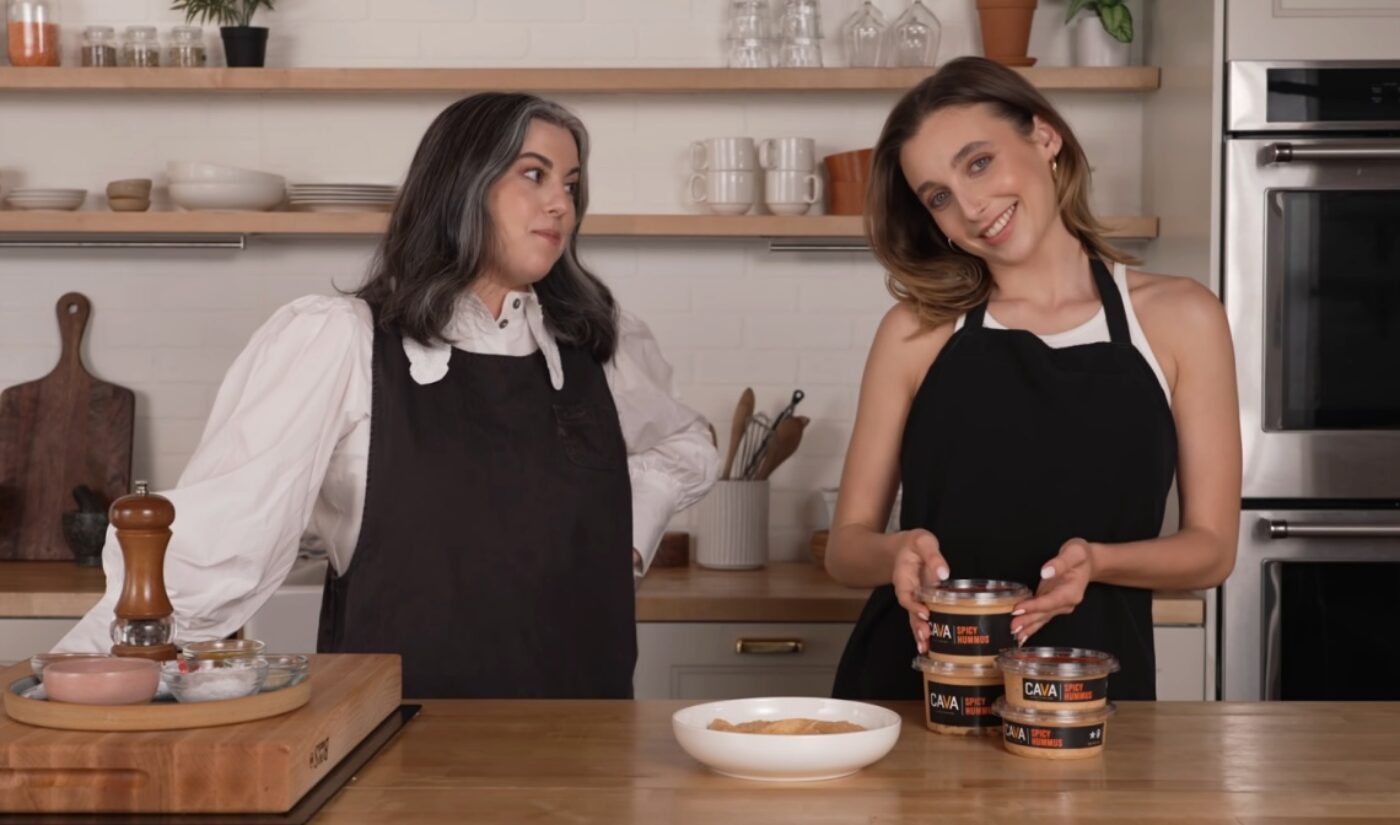 Since last year, Emma Chamberlain has been on hiatus from her YouTube channel, but brands are still finding ways to work with the 20-year-old star on the platform where she first broke out. Fast-casual restaurant brand Cava tapped Chamberlain for two limited-time menu items. Thanks to a partnership with cooking star Claire Saffitz, Cava and Chamberlain were able to hype up Emma’s Fire Bowl via YouTube, even though they didn’t reach the influencer’s 11.4 million subscribers directly.

Chamberlain has worked with many different brands, but Cava’s partnership with her has an unusual origin story. It began on TikTok, where Chamberlain used the Mediterranean chain’s spicy hummus in one of her videos, a brand representative hit her up in the comments, and the two became fast friends from there. Ultimately, their partnership would yield Emma’s Fire Bowl and Emma’s Spicy Snack, both of which incorporated the creator’s beloved hot hummus.

Before that happened, Cava was hit with a curveball: As it was thinking about ways it could work with its favorite hummus-loving influencer, she went on hiatus. Was there still a way to advertise the planned partnership on YouTube?

Enter Saffitz. The former Bon Appetit star now reaches nearly one million subscribers on her new YouTube channel, and Cava arranged a collab. Chamberlain showed up on Saffitz’s channel with several tubs of hummus, and the experienced baker taught her young sous chef how to make breadsticks. Since the video’s launch in April, it has been viewed more than 1.6 million times.

Chamberlain, who stepped away from YouTube for the sake of her mental health, also promoted her menu items on her podcast. She told Adweek that Cava “was very understanding and worked with me as they developed the strategy for our collaboration. They respected the boundaries I set for my mental health.”

The video and the podcast plug did their jobs. Cava told Adweek that the influencer marketing campaign increased its web traffic by 37% month-over-month while also boosting downloads of its app by 50%. Cava said that Emma’s Fire Bowl was the chain’s best-selling vegetarian bowl during its run, which began on April 4 and ended on April 26.

So even though Emma Chamberlain isn’t uploading to YouTube herself, her presence on the platform still peddles plenty of influence. If you’ve been keeping up with the teens, you shouldn’t be surprised by that: A 2022 study revealed Chamberlain as the top influencer among Gen Z respondents.