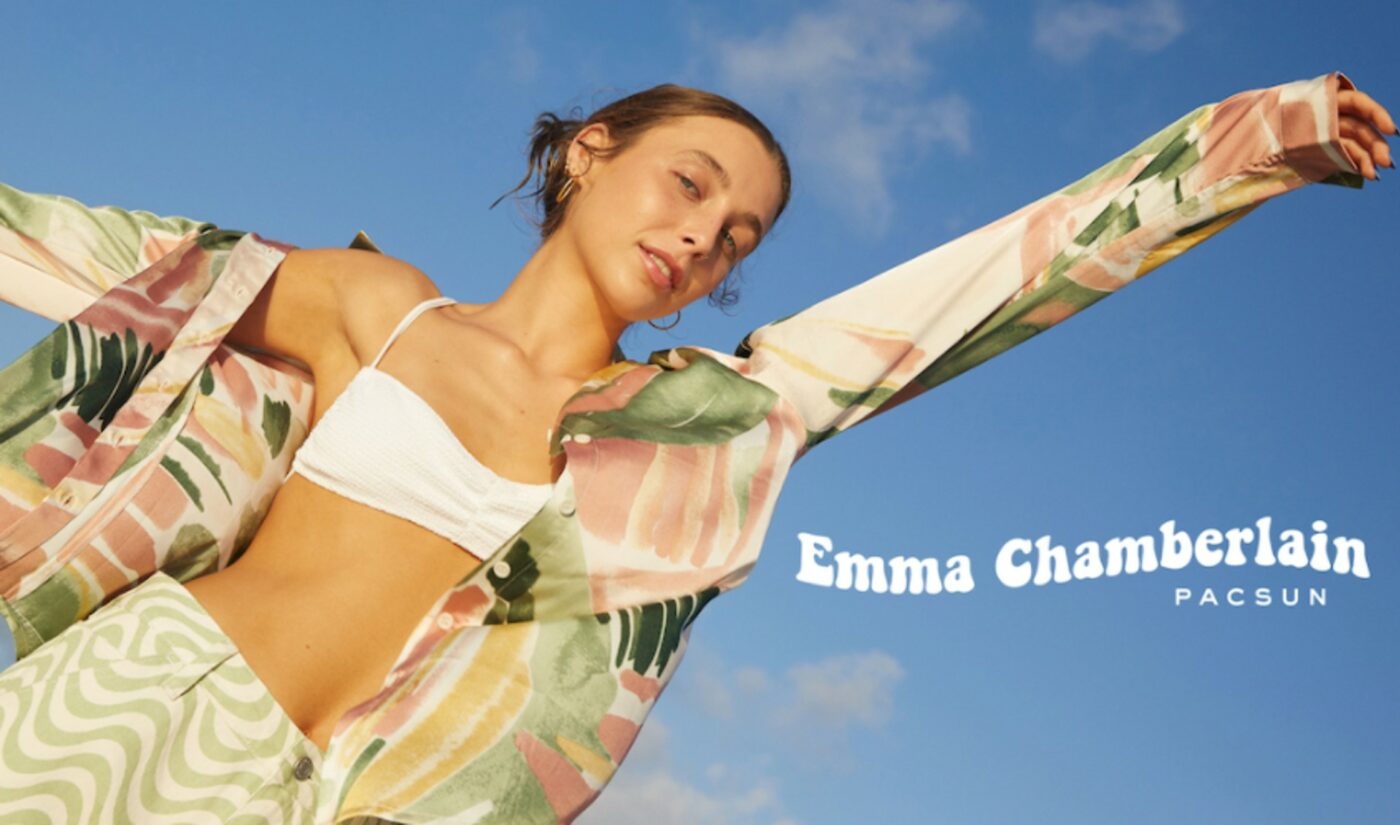 Emma Chamberlain, who was named a Pacsun spokesmodel almost exactly a year ago, is taking her relationship with the retailer into a more immersive space.

The stylish YouTuber headlines the retailer’s 2022 spring/summer brand campaign, featuring what the brand calls a VR experience in which Chamberlain appears, for the first time, as a digital avatar.

The campaign will appear on social media, in store windows, and at Pacsun.com. You can check out the campaign, featuring some of Chamberlain’s personal favorite knits and patterns, below. Earlier this week, Chamberlain hosted a shoppable live stream on the brand’s website and TikTok page.

“I just did not expect AR to just thrive in the fashion world like it has, and it’s crazy because it happened so fast but yet it’s so genius in so many ways,” Chamberlain said in a statement. “AR can literally do anything that a human can’t do, so there is just even more room for creativity that there wasn’t before.”

At the same time, Pacsun is debuting its first-ever video game, which lives within its existing app, but doesn’t feature Chamberlain. In a nod to the beachy campaign, players can explore underwater worlds guarded by a serpent. Winners are rewarded with pieces to build their own virtual closets.