Generation Alpha is a thing. And it chooses YouTube and Netflix as the “coolest brands”. 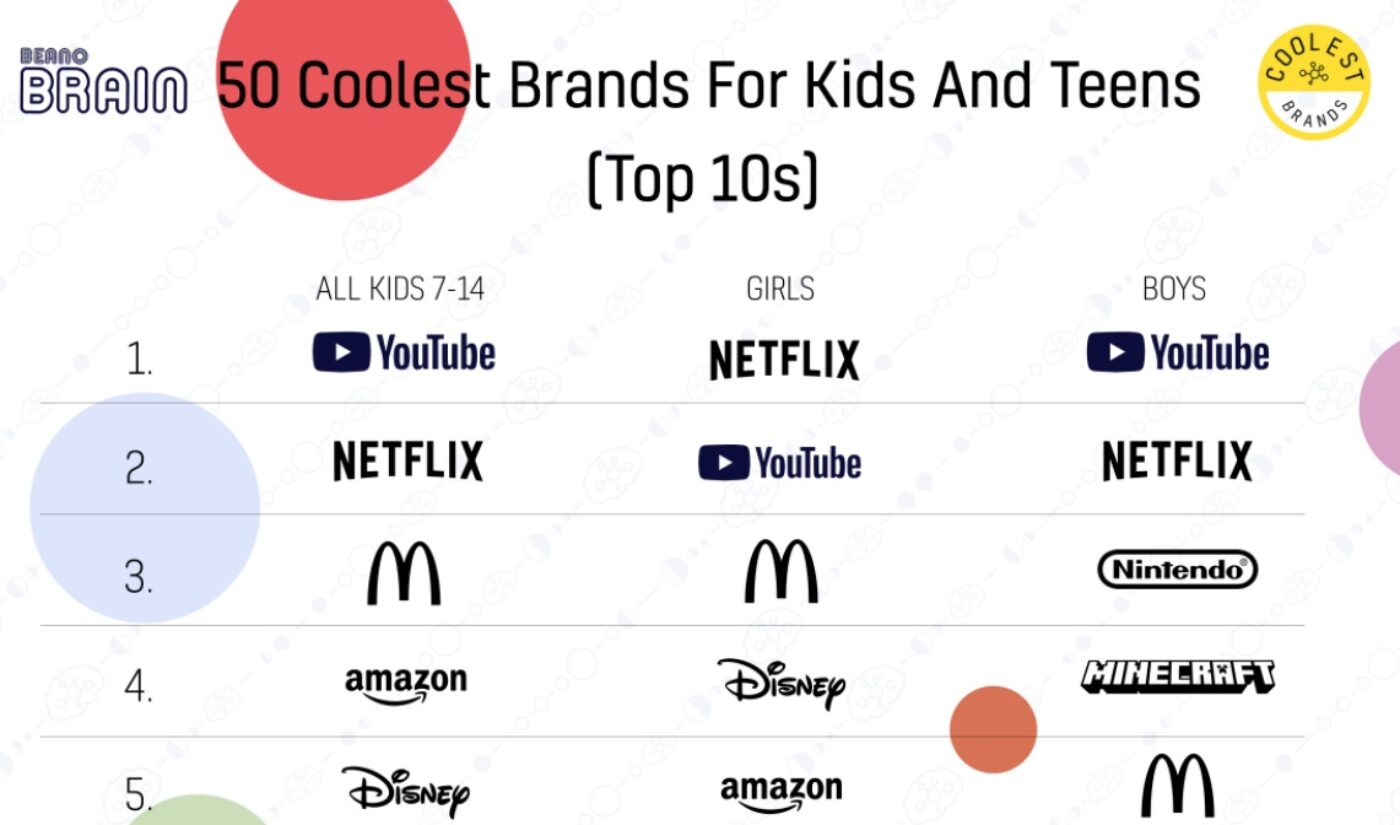 These days, you hear a lot of Millennials this and Gen Z that, but there’s an entirely different generation whose attitudes and opinions are dramatically reshaping the media landscape. A recent study conducted by consulting firm Beano Brain surveyed 30,000 kids and teens between the ages of seven and 14 in order to determine the 50 coolest brands as chosen by the so-called Generation Alpha. The two companies at the top of the list are both video platforms: YouTube and Netflix.

The most common definition of Generation Alpha includes people born in the year 2010 and onward. The ages of the kids in the Beano Brain study imply that they were born between 2008 and 2015. The specific year you choose as the generation’s start point doesn’t matter too much, since the basic facts about the group are the same: Its members are coming up in a world that is completely digital, mobile, and social. Unlike the Gen Z kids who came before them, they never knew what the world looked like before the widespread adoption of smartphones and social media platforms.

Generation Alpha has lived an always-on lifestyle from the start, and so it has done its fair share of doomscrolling. Perhaps that’s why brands that possess a “sense of guardianship of the planet and giving back alongside innovation and safety protocols” are respected among seven-to-14-year-olds, according to Beano Brain director of insight Helenor Gilmour. YouTube, which has enabled numerous safeguards to protect young consumers while simultaneously taking action on major issues like climate change, claimed the #1 spot in Beano Brain’s ranking.

The list of “coolest brands” was assembled by asking the young respondents about the hottest discussion topics in their circles. “Brands that make them feel safe, welcomed and valued stand out for Gen Alpha,” Gilmour said.

No generation is a monolith, and while Generation Alpha may have some general tendencies, its male and female members seem to have different preferences. Among the girls Beano Brain surveyed, Netflix took the title of “coolest brand” away from YouTube, and TikTok — which was outside of the top ten among boys — rose up to #6. And you’ll be shocked to hear that the male portion of Beano Brain’s sample has an affinity for console gaming brands like Nintendo, Playstation, and Xbox.

The upshot of the study is clear: When online video first became an industry, Millennials were the young, digital-native consumers who were driving its trends. A few years later, those TikTok-loving zoomers got their chance to direct digital culture. Pretty soon (if it hasn’t happened already), the focus will shift again, and it will be Alpha’s time to shine. As Gilmour notes, the platforms that youngsters use now are the ones they’ll fondly recall once they grow older.

So even though the cool platforms of my Millennial youth are no longer relevant (long live Myspace, LiveJournal, and Albino Blacksheep), I must leave a message for marketers everywhere: If you want to harness the powerful drug that is nostalgia, pay attention to the Alphans. They’re old enough to have their own opinions, and you should be hearing them.