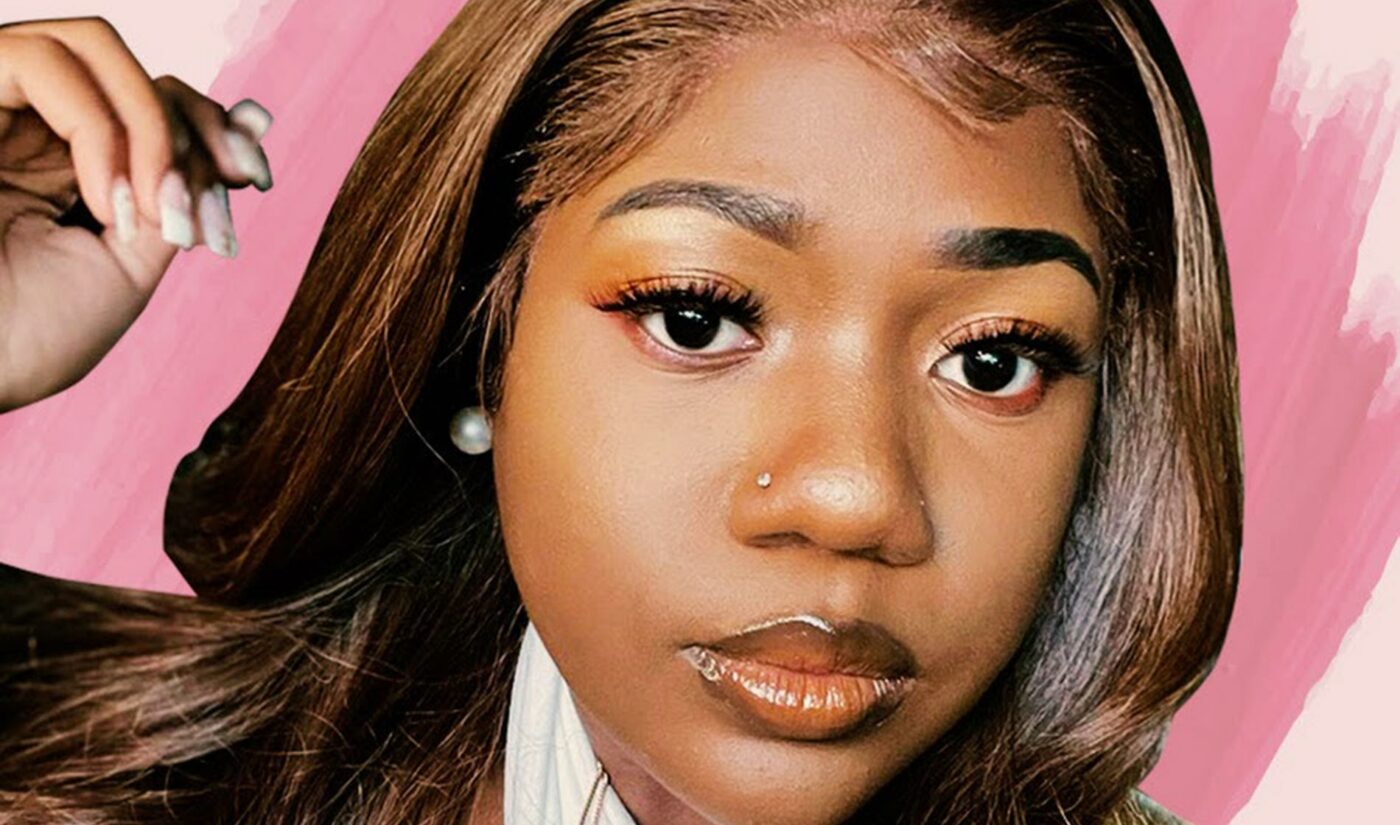 Credit where credit is due: the idea was actually her brother’s. As a kid, Cathey frequently talked to herself while doing things like getting ready and making food. Her brother was the one to suggest she try filming her impromptu monologues and posting them on YouTube.

In 2016, she took his advice, launching her YouTube channel with a mix of Black beauty videos, food clips, vlogs, challenges, and clothing hauls. At first, Cathey took an extremely casual approach to her channel. She uploaded whenever she wanted, with whatever ideas popped into her head. It wasn’t until 2017, when her videos began driving enough traffic that she was able to earn ad revenue off them, that she looked at YouTube as anything more than a hobby.

Realizing she could make money put a new spin on things. Cathey started uploading every single day, hoping to cast the widest revenue-generating net possible. But as she posted more, she noticed her usual viewers dropping off. Yes, she was still generating views, but her audience just didn’t seem to have time to keep up with all the new content.

Cathey changed things up again. Pushing herself to treat YouTube like a daily job wasn’t working? Okay then. She’d go back to the days when it was a hobby. She slowed down and aimed for a gentler, not-set-in-stone posting schedule of two times a week. And, she decided, she wouldn’t treat YouTube like a job–she’d make content when she wanted, and post when she she wanted.

We’ll let her tell you all about it below.

Tubefilter: How did it feel to hit one million subscribers?

Vickey Cathey: It actually felt unreal because like I’ve always dreamed of becoming that so-called “big YouTuber” or whatnot, and it actually came really fast. I’m still, every time I look at it, it’s unbelievable. It still doesn’t feel real that I have a million subscribers.

Tubefilter: What made you want to start a YouTube channel in the first place?

VC: This was years ago. I always used to talk to myself doing different things or while I was making something, and my brother was like, “Why don’t you make videos, ’cause this is cool, you should record this.”

So years later, I made a YouTube video. It was actually a noodle video, so it’s a little embarrassing, but I wasn’t taking it seriously. And…I don’t know. It’s like, I feel like I’m still not taking it serious because I don’t do it for the money or anything. I do it because it’s my hobby, you know, this is what I do.

But that’s how I got into YouTube: Just talking to myself and I thought, why not record it?

Tubefilter: So you said it’s been really quick to a million. When did you start seriously focusing on YouTube, or regularly uploading?

VC: I think around 2017. When I first started making videos, I never know I could make money. Not until 2017. In 2017, I found out I could make money, and I just went from there. I started uploading literally every single day. Now I’ve stopped that. Now I post around two videos a week.

Tubefilter: What made you change your posting schedule?

VC: When I was posting every day, I felt like people weren’t watching my videos. I probably wasn’t giving them enough time to watch them if I posted literally every single day. I realized I didn’t need to post so much.

At first, I was posting every day because I’d just found out you could make money, and I was trying to make money. But then, down the road, I wasn’t really feeling it. Yeah, you get paid from it, but I wasn’t really about the money. So I just slowed down. At first I was trying to do it for a job, and I felt like I had to do it, but now it’s my hobby, so whenever I want to pick up a camera or I want to make a video, that’s what I want to do. Now I just post whenever I feel like it, usually twice a week.

Tubefilter: And it seems like you’re much happier doing that than pushing yourself to post every day.

VC: Yeah, I feel way happier. It doesn’t feel like a job, you know? I can just film whenever I want. I try to put it in my schedule, twice a week, to at least give my supporters something to watch instead of nothing.

Tubefilter: Do you have a job outside of YouTube?

VC: No, I’ve actually never had a job before ever. Until…I think it was December? I got hired, and I just wanted to try it out, because I’ve never had a job. I started it, and two days later, it wasn’t for me. So I’m just here now, doing YouTube and other things I’ve been trying to focus on doing.

Tubefilter: We haven’t talked to many YouTubers who do it as a hobby rather than a full-time pursuit. That’s interesting.

VC: Yeah! I’m not gonna lie, at first, you know, it took over me. This year I finally took a break. After three years. Everybody thinks it’s easy, but at the end of the day it has cons. I just take it day by day. I don’t really stress myself out about it.

Tubefilter: You focus on Black hairstyles and Black beauty. Do you have a set of ideas for, like, “This week I want to film videos about this thing”? Or do you do things on the fly?

Tubefilter: We noticed you’ve been expanding into YouTube Shorts. What has short-form content done for your channel so far?

VC: I don’t think it’s done anything for me. It probably brings different people to my channel, but I just post for fun. Whatever I do on TikTok, I just repost it on Shorts. It actually does bring a different audience, but I just post for fun, and I also don’t make crazy money on it. I have a Short that got, I think, 22 million views, and I probably only made like $100 on it.

Tubefilter: Do you want to keep doing YouTube? Where do you see yourself in five years?

VC: That’s a good question. ’Cause I haven’t really thought about it. I’m just going with the flow. But I do want to make a hair brand, my own edge control. I want to branch out to that, and into merch, stuff like that. Right now, I would say it’s a job-slash-hobby. In five years, I’d like to have my own hair brand.

VC: Oh, the love. The support. I love it. When I go out, people are scared to come up to me, but I’m like, “Hi, come on, let’s take pictures!” I love that. It’s different, I’m still kinda not used to it, but it’s fun. I enjoy it—especially the support, the main thing is the support. If I didn’t have the support, I probably wouldn’t be doing it right now. But my supports, they’re the part I love. And meeting different people, too.