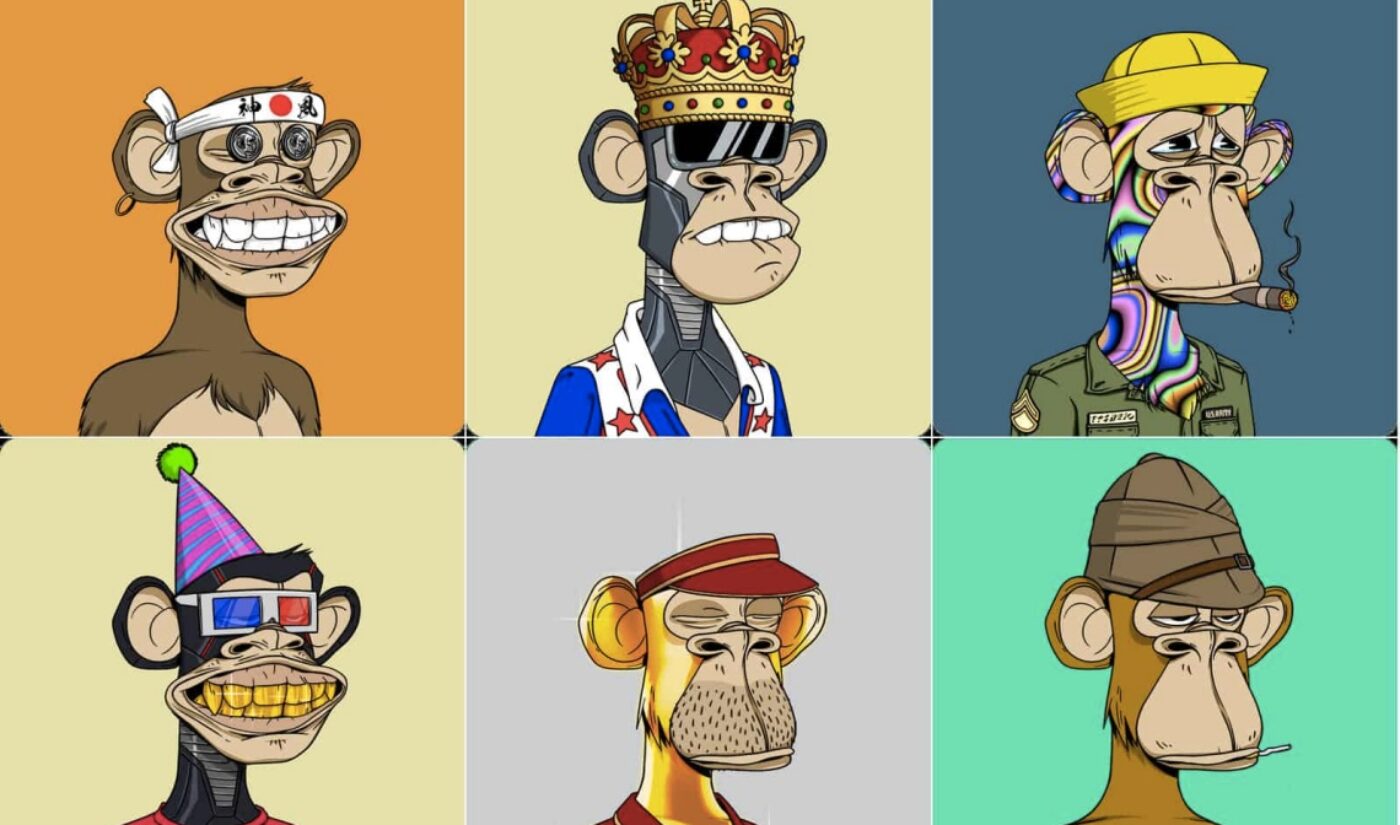 Last week, Yuga Labs announced its plan to acquire the CryptoPunks and Meebits NFT collections from their previous owner. At the time, rumors were swirling that the Bored Ape Yacht Club creator was eyeing a massive investment led by noted VC firm Andreessen Horowitz.

Now, we know exactly how big that investment will be — and what it will be used for. Andreessen Horowitz is leading a seed round that will invest $450 million in Yuga Labs. That money, which comes with a $4 billion valuation, will be used to create a decentralized metaverse world called Otherside.

Between Bored Ape Yacht Club, CryptoPunks, and Meebits, Yuga now controls three of the most lucrative NFT collections that have hit the crypto market today. If you want to own an image of a chilled-out primate wearing unique clothes, it will currently cost you about $300,000. Yuga owns the overall IP rights to those three projects, which will allow it to create branded entities within Otherside. The forthcoming Web3 venture will also utilize Yuga’s ApeCoin, another recently-launched product. ApeCoin will serve as the primary currency within Otherside.

See you on the Otherside in April. Powered by @apecoin pic.twitter.com/1cnSk1CjXS

You may be wondering what will make Otherside different from existing metaverse spaces, such as Meta’s Horizon Worlds. It would be too easy to say “everything,” but that’s not so far from the truth.

For one thing, Meta and Yuga are taking completely different approaches to Web3 development. While corporations have looked to build their metaverses first and acquire users second (e.g. Meta launching Horizon Worlds months before advertising it during the Super Bowl), Otherside is being envisioned as a community experience from the start. “You only play with people and make friends because you’re getting your ass kicked,” Yuga co-founder Greg Solano told The Verge. “Basically, we don’t think deep social experience comes from essentially a Zoom chat and walking around saying ‘hi.’”

True to the spirit of the crypto community, Otherside will also be planned as a “completely decentralized” world. Yuga will work with game studios to seed its digital space with enticing projects that will appeal to anyone who gains access to its “walled garden.” In describing how this will feel, co-founder Wylie Aranow referenced a franchise that posited an exciting, interactive version of the metaverse. “We think the real Ready Player One experience will be player run,” Aranow told The Verge.

There are, of course, many challenges Yuga will need to overcome if it wants to make Otherside a reality. As a reminder, this $450 million investment is still just a seed round — that astonishing contrast reveals both the young age of Yuga and the extraordinary hype it has received. The year-old company has shown that it can turn a bunch of ape pictures into a next-generation cultural phenomenon. Can it use the lessons it learned from that experience to transform itself into a full-fledged development studio?

We’re about to find out.