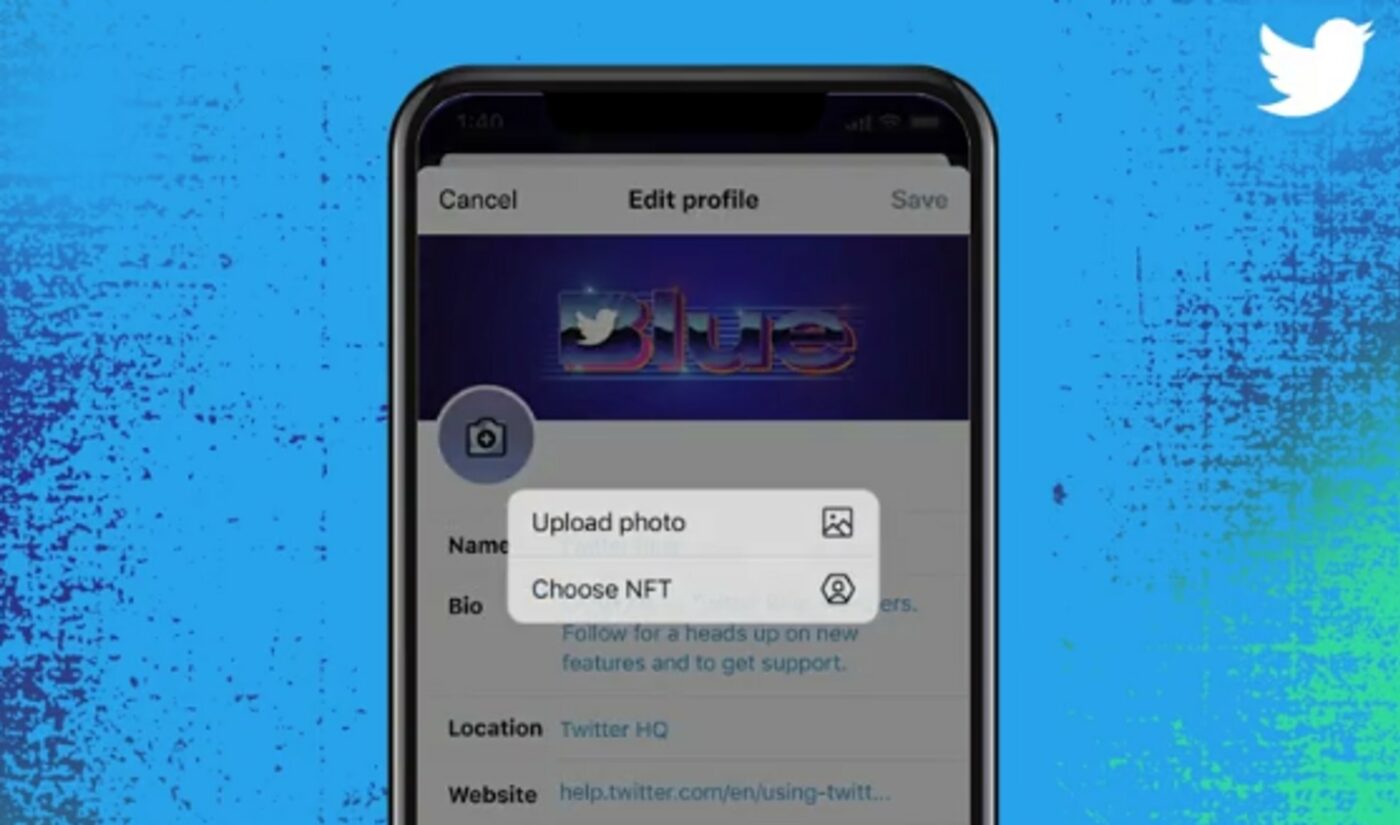 Amid reports that Meta is venturing into NFTs, Twitter is rolling out today a new feature for Blue subscribers that will enable token holders to display NFTs as their profile photos.

NFT profile pics will be designated by a hexagonal shape, reports Techcrunch, and viewable to everyone on Twitter. That said, only Blue subscribers — who get early access to in-development features as part of their subscriptions — can set NFT profile photos on iOS. Only JPEG and PNG NFTs minted on the Etheruem blockchain can be used.

To access the feature, subscribers need only change their profile photos, whereupon they’ll be presented with a new NFT option to connect with their crypto wallets. Coinbase Wallet, Rainbow, MetaMask, Ledger Live, Argent, and Trust Wallet are supported at launch, per Techcrunch.

While many token holders have already incorporated NFTs into their Twitter profiles, the new feature authenticates ownership by verifying with a user’s wallet. Twitter teased NFT authentication features back in September, when it also rolled out the ability for users to tip one another in Bitcoin.

Blue, priced at $3 per month, is currently only available in the U.S., Canada, Australia, and New Zealand.