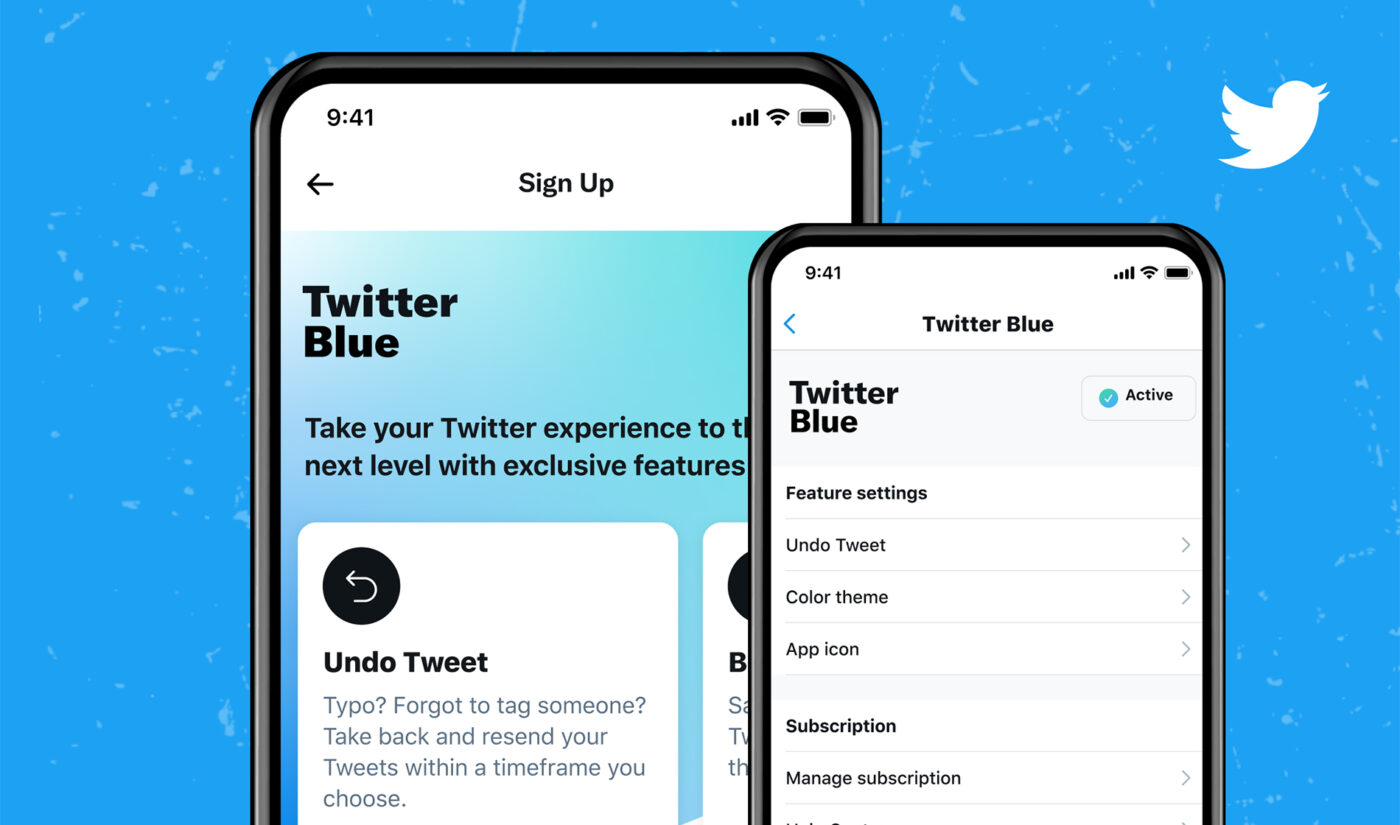 Twitter is finally (sort of) implementing one of users’ most-requested features–behind the paywall of its first subscription offering.

Twitter Blue, which is rolling out today in Canada and Australia, will launch with a handful of exclusive features including an Undo Tweet button that will allow users to untweet any post, reply, or thread within 30 seconds of sending it live.

This tool is probably the closest we’ll ever get to the long-demanded full-scale edit button (and it’s worth noting there are good reasons for Twitter not having one).

Also included in Twitter Blue are organizational folders for bookmarks and Reader Mode, which Twitter says “provides a more beautiful reading experience by getting rid of the noise.”

It does that primarily by rearranging lengthy tweet threads into “easy-to-read text so you can read all the latest content seamlessly,” Twitter says. (If long tweet threads being converted into friendlier plain text sounds familiar, that’s because user-made apps like Thread Reader have been doing it free for everyone on Twitter for years.)

The company says Twitter Blue features were selected for development based on feedback from users.

Twitter told TechCrunch it is going to “continue to iterate on different tier and pricing opportunities as we continue to learn more about what is–and isn’t–working.” It did not say when Twitter Blue might roll out to other regions.