Twitter’s Now Letting Users Tip One Another In Bitcoin 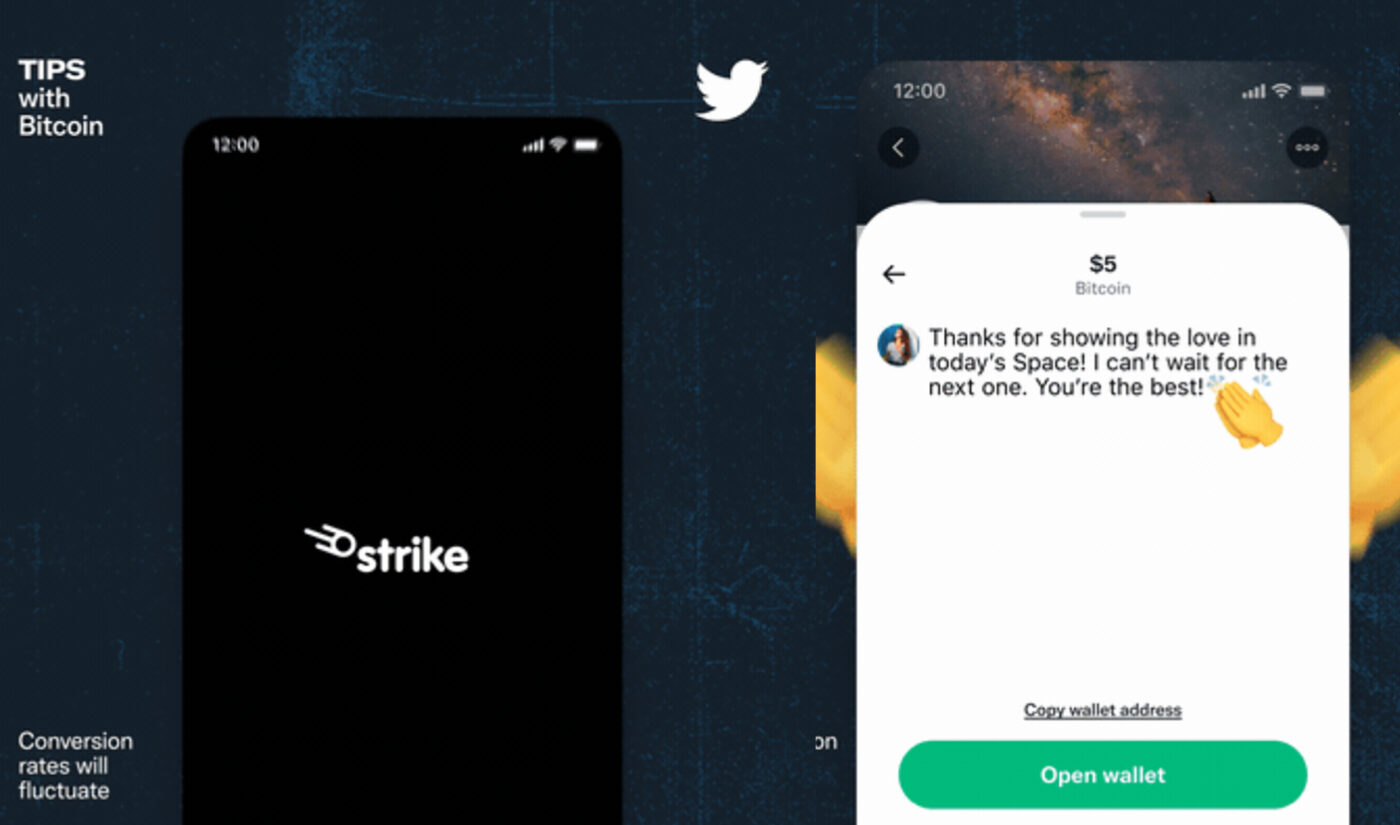 As it rolls out its user-to-user tipping feature–creatively called Tips, renamed from working title Tip Jar–to every user over 18, Twitter said it has begun allowing people in the U.S. and El Salvador to send one another tips in Bitcoin.

“We want everyone on Twitter to have access to pathways to get paid,” Twitter said in an official blog post. “Digital currencies that encourage more people to participate in the economy and help people send each other money across borders with as little friction as possible–help us get there.”

Twitter is accepting Bitcoin tips via cryptocurrency payments platform Strike. Selecting the option to pay in Bitcoin will open Strike, and folks can then use any digital wallet with access to the Bitcoin Lightning Network–a super fast, fee-free network for processing Bitcoin transactions–to send a tip.

Strike does not charge a transaction fee; Twitter, meanwhile, has said it will not take a cut of Tips at all, whether they’re paid in crypto or traditional currency–so any funds sent to creators will actually 100% go to those creators.

Twitter does warn, though, that Bitcoin’s conversion rates will fluctuate, so if a user sends a $5 tip, it’s possible the recipient might get, say, $4.98, or $5.05, depending on market activity. One Bitcoin, for those curious, is currently worth a whopping $42,893 U.S. (But by the time you read this, it might not be.)

While this is Twitter’s first dip into the crypto ecosystem, it likely won’t be the last.

In a Sept. 23 call about Tips and similar monetization efforts, Twitter’s product lead for creator monetization Esther Crawford said the platform is exploring the blockchain beyond Bitcoin.

“We’re excited to soon explore NFT authentication,” she said, per Mashable. “It’s a way to support creators making this art with a stamp to demonstrate authenticity.”

Twitter intends to build ways for people to “directly connect their crypto wallets [so] they can track and showcase their NFT ownership on Twitter,” Crawford explained.

“We’re basically just making it visually clear that this is an authenticated avatar and then give you some interesting info and insight about the provenance of that NFT,” she said, which seems to indicate Twitter wants users to flex their NFT ownership by using tokens they own as their user icons.