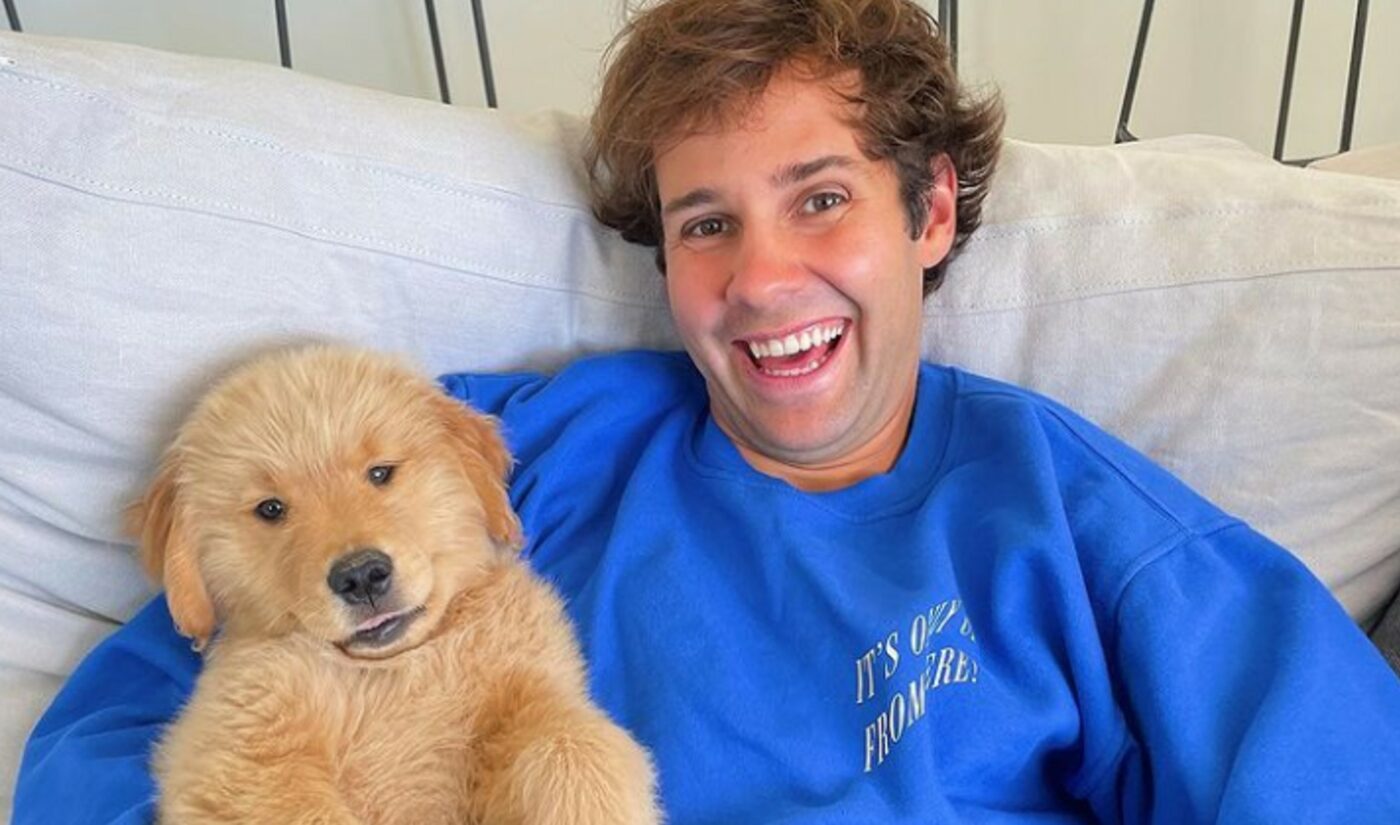 In a recent episode of his podcast, Views, David Dobrik made a telling admission about his YouTube ad earnings.

Dobrik, who counts 18 million subscribers and has been nabbing 35 million monthly views, says, “I haven’t made a dollar off YouTube in like three to four years.”

Dobrik added that he has recently taken meetings about moving his content onto another platform, behind a paywall, notes Dexerto, but he ultimately opted against it. “I just feel like its so f-cked up to charge people,” he explained. “If I make something great, I’m not going to want to put it behind a paywall. I’m going to want to put it out so everybody can access it.”

To put his YouTube ad earnings into context, in 2019, Dobrik said his monthly earnings plummeted from $275,000 To $2,000 within a two-year span, following 2016’s Adpocalypse. At the time, Dobrik attributed the drop in income to his use of copyrighted music and the inclusion of dangerous stunts in his vlogs that weren’t brand-friendly.

Then, due to the COVID pandemic, Dobrik took an extended hiatus from vlogging that lasted from March 2020 to June 2021.

And in March 2021, YouTube demonetized all three of Dobrik’s channels — his flagship vlogging channel, David Dobrik Too, and his Views channel — for violating its Creator Responsibility policy. That punishment was implemented after a woman claimed that she was raped by former Vlog Squad member ‘Durte’ Dom Zeglaitis while filming a video with Dobrik’s creator collective in 2018. It is unclear if the punishment is still active.

Dexerto notes that the revelations about Dobrik’s finances arrive as the 25-year-old has previously expressed closing the vlogging chapter of his career, and hinted at making a movie as his next act.

“I think I did what I wanted to do with the vlogs,” Dobrik said in another recent episode of Views. “It’s like when a late-night show host is about to quit, and he’s like ‘I’ve done everything I wanted to do here’…That’s how I feel about the vlog.”

You can check out Dobrik’s latest comments in full, beginning at the 25:30-minute mark, below: