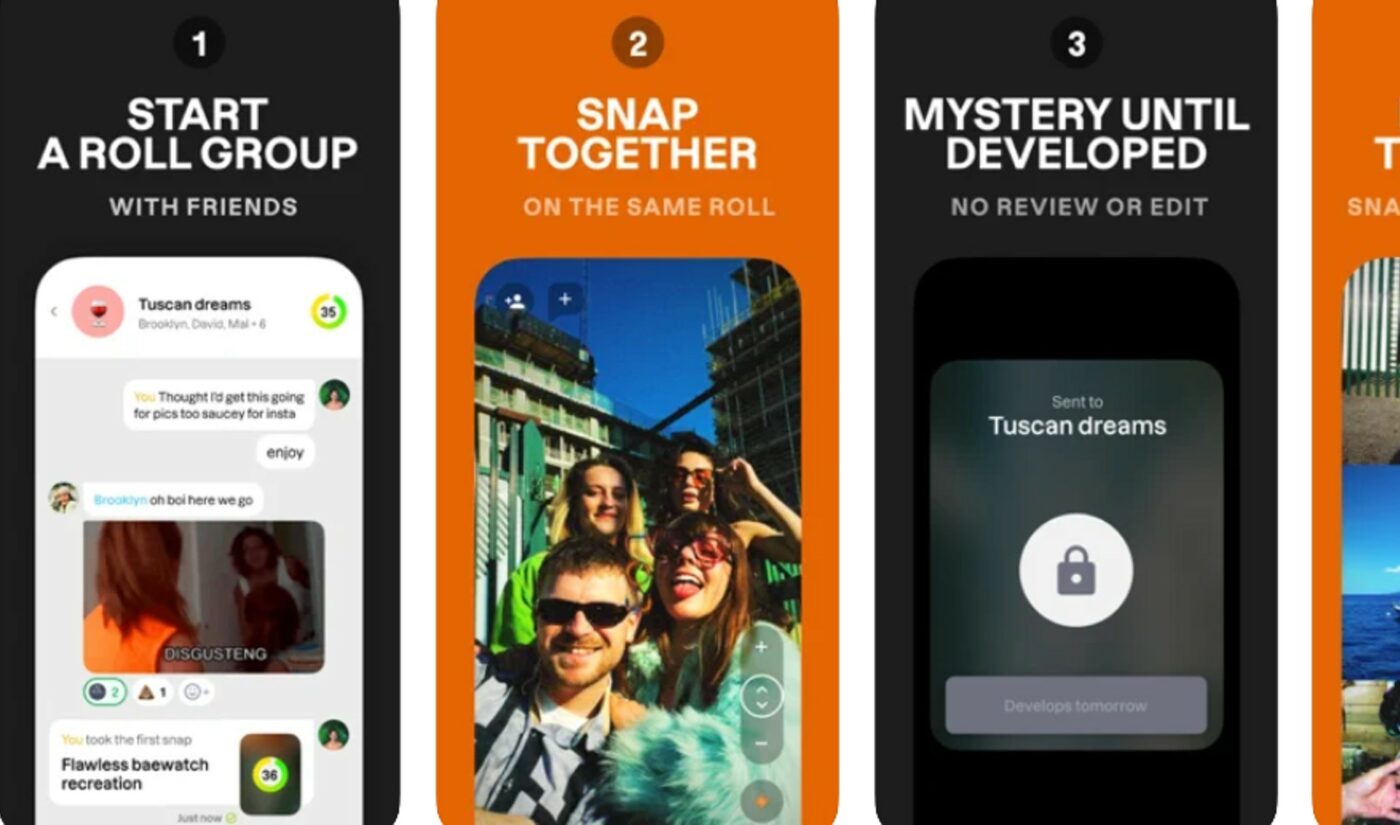 Lapse lets users form groups and collaborate on ‘rolls’ of 36 photos that are subsequently ‘developed’ 24 hours after the roll is started – ‘developed’ meaning shared only within the group. The app also provides a platform for group texting as the roll is being compiled, Techcrunch notes, though photos can’t be seen until they develop.

The round was led by Octopus Ventures and Google Ventures (GV), with participation from Speedinvest and early Facebook designer Soleio Cuervo. Lapse, which launched in September with a 10,000 user beta test and waitlist 150,000 people long, previously raised $1.4 million in a pre-seed round, bringing total funding to $12.4 million, Techcrunch reports.

Lapse and Dispo differ in the sense that Lapse photos can only be seen within small groups, whereas Dispo photos publish to the platform at large. Nevertheless, both apps promote a slower posting process than industry stalwarts like Instagram, and therein the notion — as Dispo’s tagline goes — of living in the moment. Dispo, which reportedly raised a $20 million Series A funding round in June at a $200 million valuation, makes it impossible for users to retouch or edit photos, though Lapse does offer one lens.

In yet another signal that users are becoming disenchanted with Instagram and its parent company Facebook, Insider reported earlier this week that the company was paying more to hire and retain talent, as employees feared a potential black mark on their resumes.

Lapse was founded by London-based brothers Dan and Ben Silvertown, who were inspired by a trip they took to Vietnam with a point-and-shoot camera. They tell Techcrunch they are still contemplating ways to monetize Lapse, but are strongly leaning against an ad-based model.

The app is invite-only, but interested users can request to join the waitlist right here.