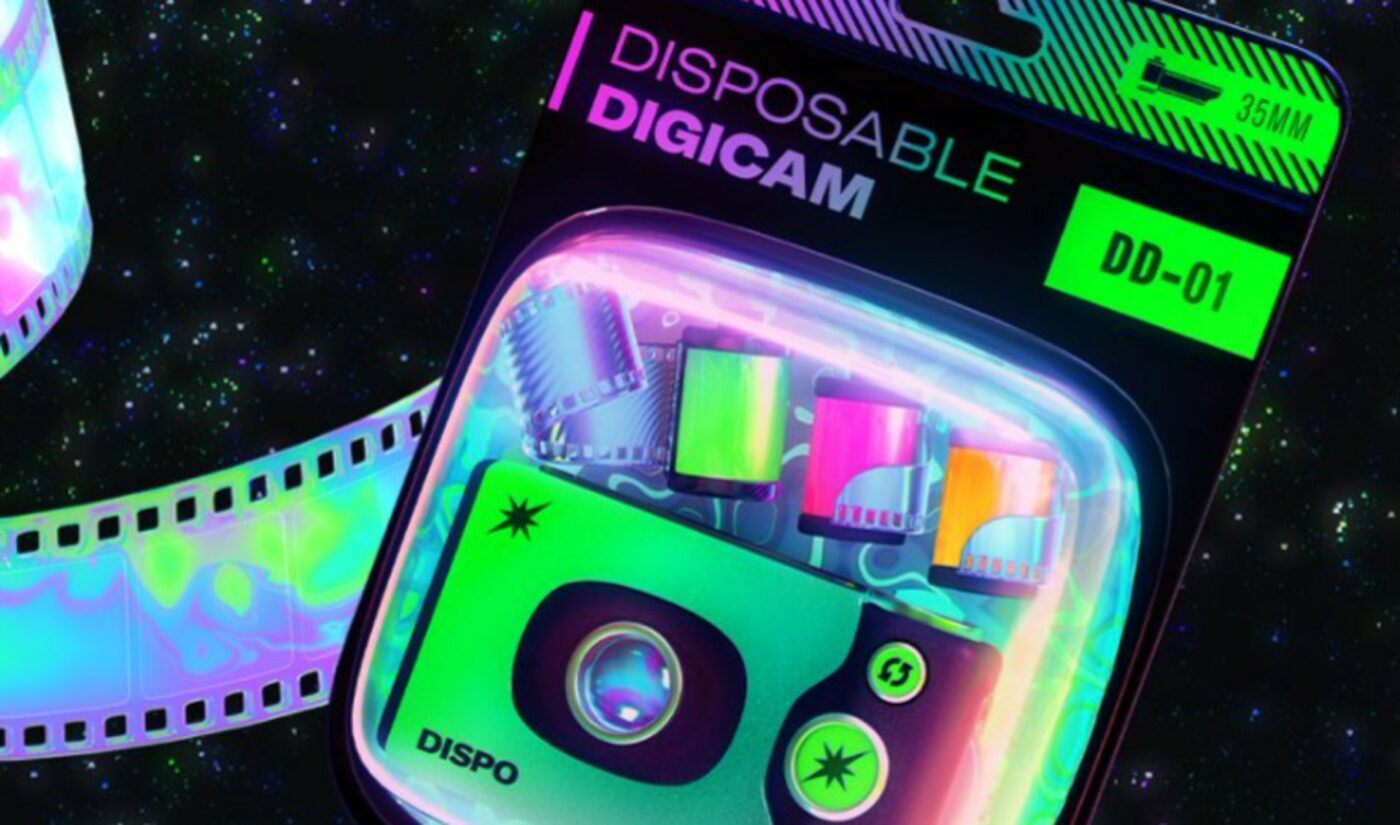 Dispo, the photo-sharing startup inspired by disposable cameras, is eyeing a foray into crypto.

Techcrunch reports that the company, which was founded by David Dobrik — who departed in March amid allegations of rape against a former collaborator — will soon enable users to sell their photos as NFTs, or non-fungible tokens.

NFTs are digital collectibles that live on a blockchain — ensuring their uniqueness — and typically exist as photos, videos, or audio. The medium has become increasingly popular — and lucrative — for digital creators in recent months, as a way for fans to own their unique and collectible creations.

Select Dispo users will now see a ‘sell’ button on their photos, and will be able to sign up to be notified when the capability formally rolls out. While NFT sales will exist natively within the Dispo app, co-founder and CEO Daniel Liss tells Techcrunch that the company has not yet finalized which blockchain it will use, whether it will partner with an existing NFT marketplace, and what portion of sales it will pocket.

“The most powerful memories of our lives have value. And they have economic value, because we created them, and the past of social media fails to recognize that,” Liss told the outlet. “As a result, the only way that a creator with a big following is compensated is by selling directly to a brand, as opposed to profiting from the content itself.”

Currently, Dispo prizes authenticity by forcing users to wait until 9 am to see the photos they snapped the day prior. The app has been installed 4.7 million times globally since launch, according to SensorTower. Dispo also raised a Series A funding round in June. The size of the round was not formally disclosed, but reportedly amounted to $20 million, valuing Dispo at $200 million.