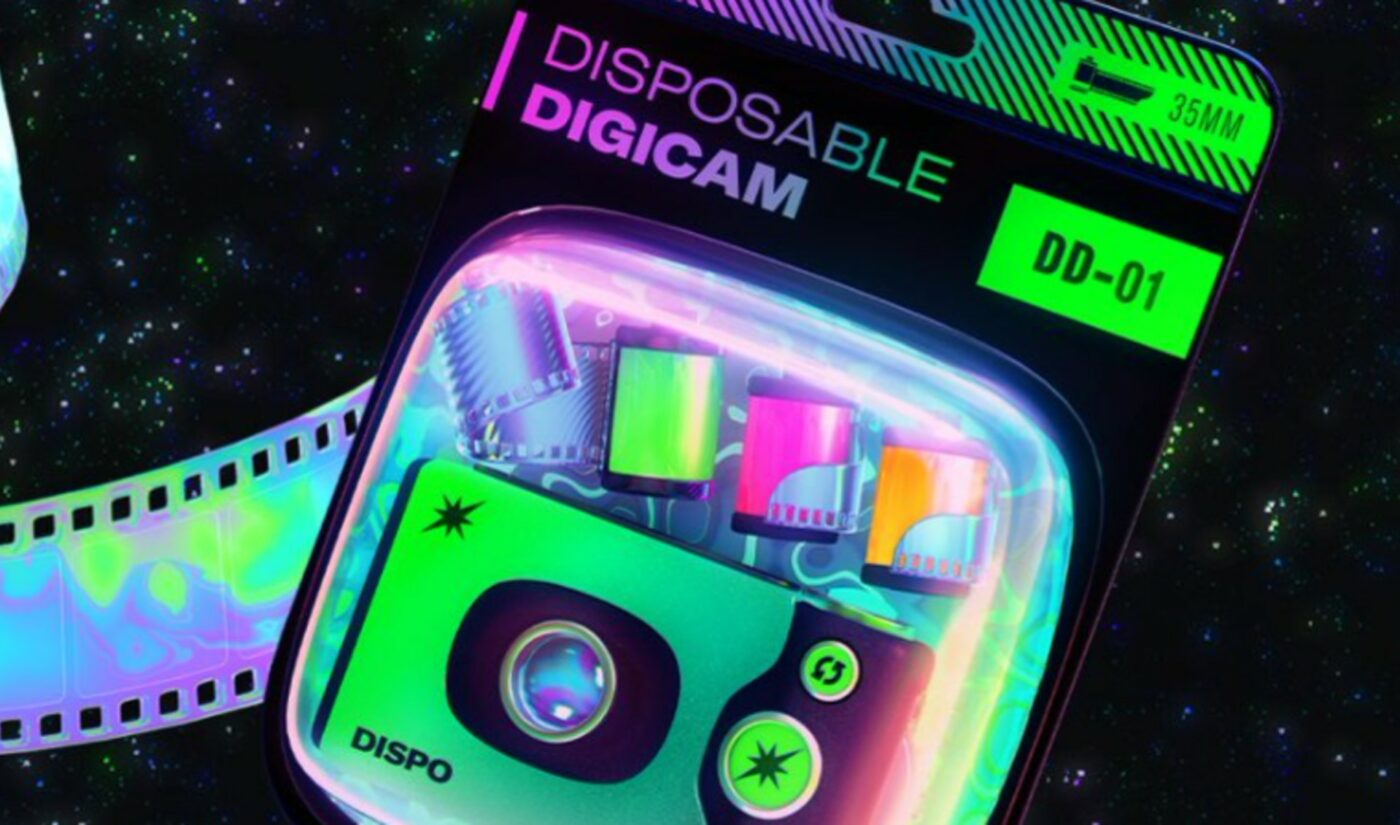 Dispo is forging onward following the departure of its founder.

The digital disposable camera app, created by scandal-ensconced YouTuber David Dobrik, has confirmed a Series A funding round that also includes the appointment of several prominent figures in the worlds of photography, sports, and entertainment, who will serve as advisors.

Daniel Liss, Dispo’s co-founder and CEO, tells Tubefilter that the company is not commenting on the size of the round.

Previous reports pegged Dispo’s Series A at $20 million, giving the startup a valuation of $200 million. That said, before the round was formally announced, Dobrik departed Dispo after a woman claimed to Business Insider that she had been raped by a member of Dobrik’s Vlog Squad while filming with the creator collective in 2018. Subsequently, investor Spark Capital — which was purported to have led the Series A — said it was severing all ties with the company.

Endeavor, Unshackled Ventures, and Seven Seven Six — who led the company’s $4 million seed round last October — also participated in the company’s latest round. (Both Unshackled and Seven Seven Six, who were previously reported to be a part of the Series A, said they supported Dispo’s decision to part ways with Dobrik, and vowed to donate profits from their investments to organizations working with survivors of sexual assault).

Dispo, which officially launched in February, and has subsequently ascended to the top of the app stores in the U.S., Germany, Japan, and Brazil, says it has not yet expended any international marketing resources. The app — a social network inspired by the experience of taking photos on a disposable camera — has clocked 5 million downloads, with 100 million photos taken to date.

“I am so proud of our entire team and their relentless drive to fulfill Dispo’s destiny,” Liss said in a statement. “Our company is about an ideal and mission. Our new advisors and  investors represent the pinnacle of creativity, excellence, and authenticity — everything the Dispo  community seeks to be.”