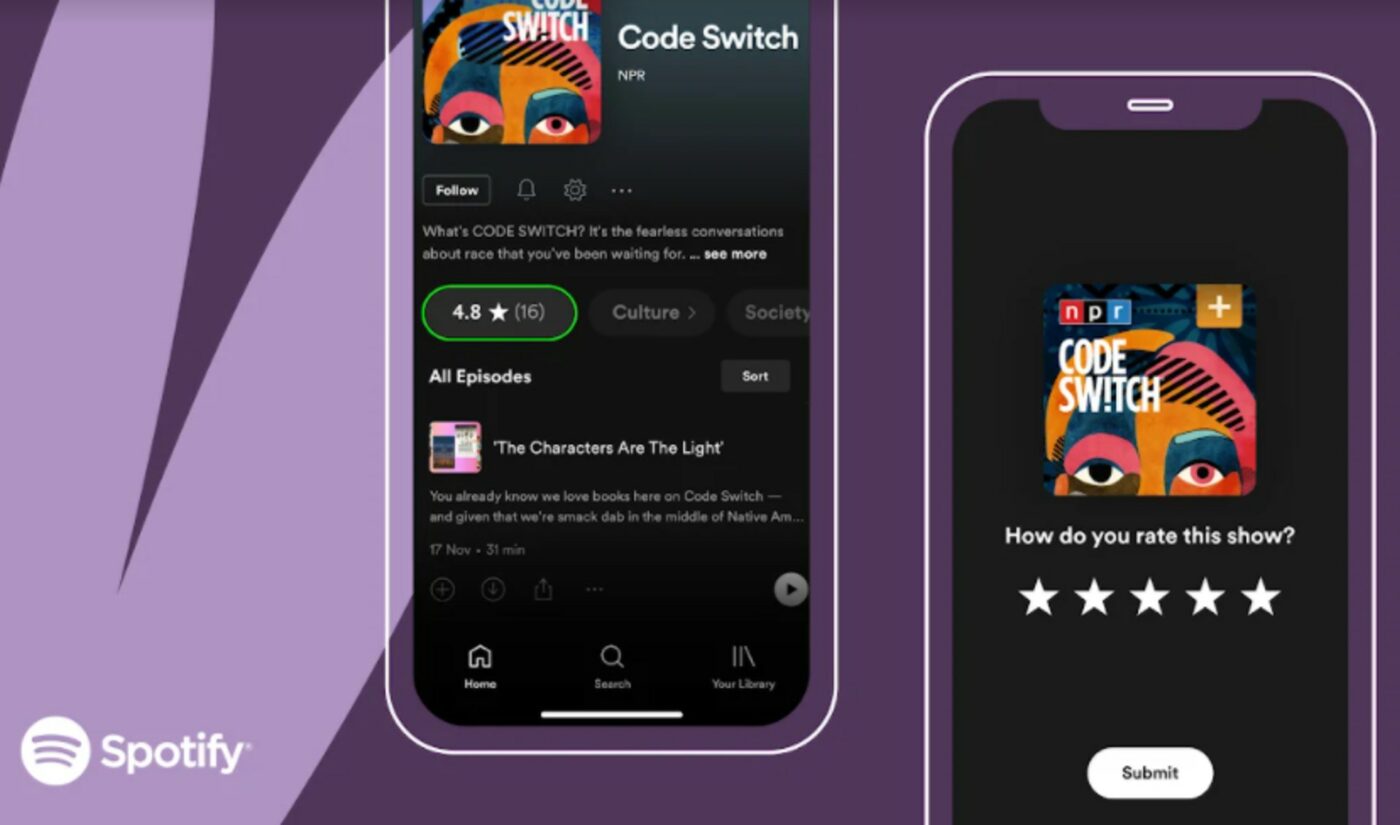 Spotify is launching a new podcast product aimed at amplifying discoverability – and porting over a feature that has become familiar on podcast forebearer Apple.

The streaming giant is rolling out today a user-submitted rating function, which will enable listeners to rate podcasts using a five-star system, with an ensuing tally — including both the average star rating and total number of votes — being publicly displayed.

Creators can’t opt out of having their shows rated, though listeners can only submit one after they’ve tuned in for at least 30 seconds. Spotify notes that while ratings may help listeners gauge whether they want to listen to a show — and can also act as a feedback tool for creators — they won’t factor into personalized recommendations served by the platform.

Podcast ratings are arriving in nearly all markets where podcasts are available in coming days.

Spotify says it now hosts more than 3.2 million podcasts, and the company just inked a first-look deal with the newly-formed Bad Robot Audio. And the new star ratings join other discovery tools like podcast charts, personalized recommendations, and the ability to share timestamped episodes.