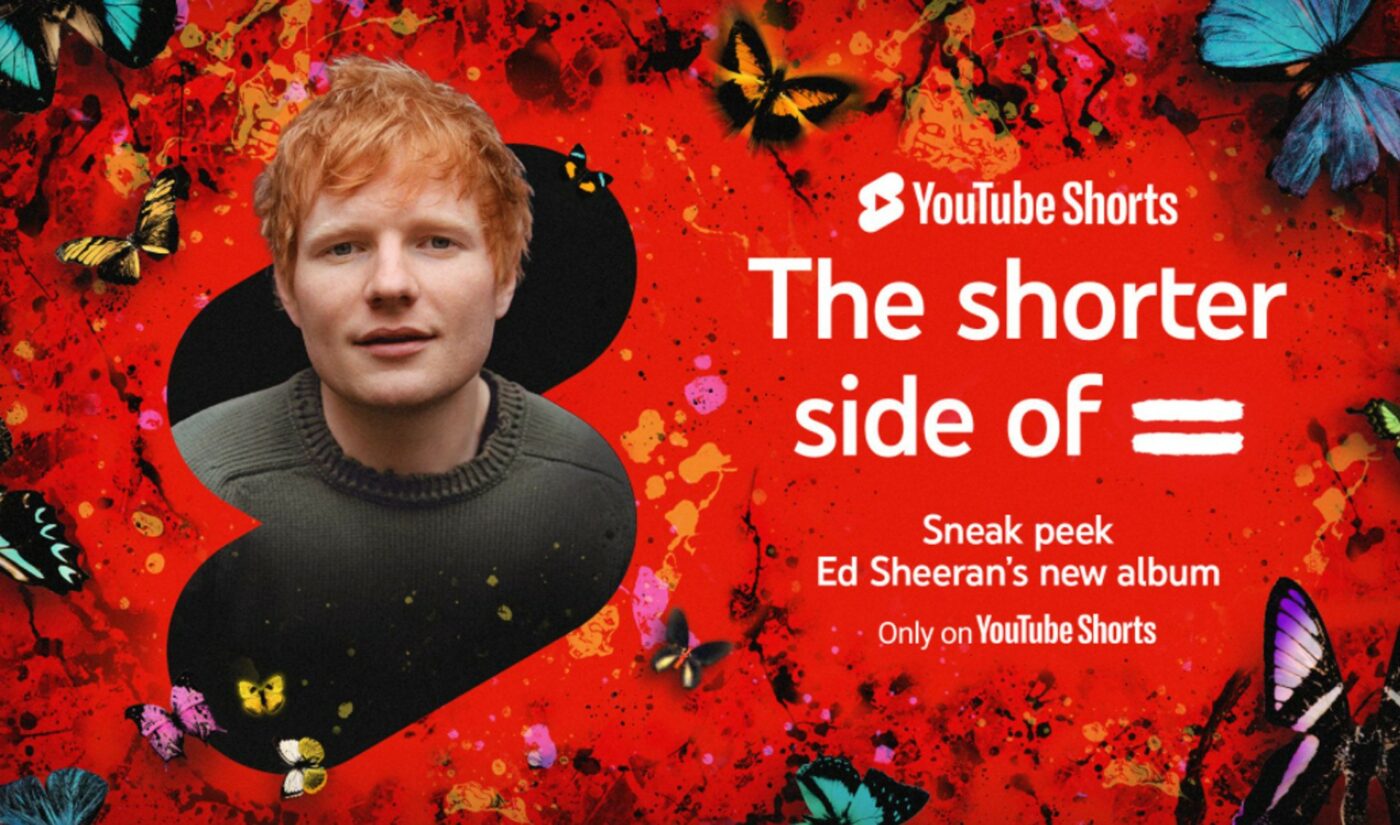 After teaming up with BTS on a dance challenge campaign in July, YouTube is aligning with another major force in the music industry, Ed Sheeran, to promote its one-year-old, TikTok-like Shorts video format.

Rather than a dance challenge, Sheeran will be teasing each of the 14 tracks on his upcoming album, =, as YouTube Shorts. They’re all live on Sheeran’s YouTube channel ahead of =’s arrival on Friday.

Each Short embodies its accompanying track, with Sheeran stepping into an ice bath for the song “Shivers,” and having a solo dance party for “Be Right Now” (see below). Sheeran is also asking fans to create their own #SheeranShorts for each of the tracks.

“I had a really fun day shooting my YouTube Shorts,” the 30-year-old said in a statement. “I’ve always really enjoyed the music video process, so it was fun to explore a new way of doing that by channeling each song’s theme in a unique way, while also giving you a sneak peek of the album.”

Sheeran is one of the top 10 most-subscribed artists on all of YouTube, with four music videos that have upwards of 1 billion views, including “Shape of You” — the second most-viewed music video in YouTube history and the second-fastest to reach one billion views. In the last 12 months, Sheeran has earned 3.9 billion views, YouTube says.