Creators On The Rise: GiaNina Paolantonio Found Her Footing On The “Dancer’s Paradise” That Is TikTok 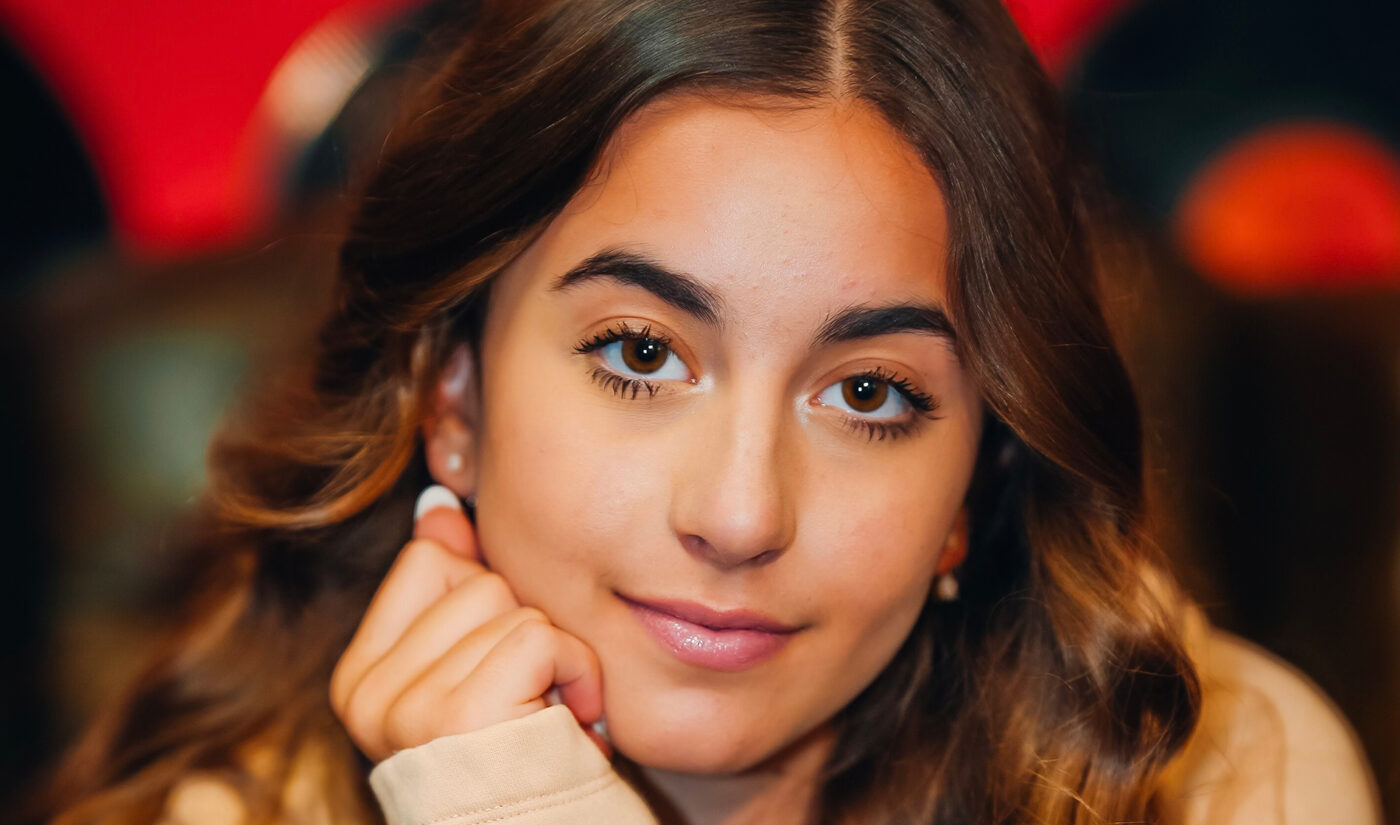 At age nine, she debuted on Broadway, performing for a year and a half as part of Matilda the Musical. Not long after, she joined Mariah Carey‘s All I Want for Christmas Is You concert residency at the Beacon Theatre in New York City and the Colosseum in Las Vegas. And after that. she leapt from stage to screen with a role in Hugh Jackman-fronted musical film The Greatest Showman, before featuring in two TV shows: season eight of Dance Moms with the Abby Lee Dance Company, and Nickelodeon‘s JoJo Siwa-hosted reality series Lip Sync Battle Shorties.

Things haven’t slowed down for Paolantonio since–it’s just that now, folks can mostly find her on a bit of a smaller screen.

Paolantonio found TikTok through musical.ly. She joined the latter platform in its early days to share casual videos she made with her friends and family. But when ByteDance bought musical.ly and merged its user base into TikTok, Paolantonio saw the platform becoming something new–a “dancer’s paradise.”

She began posting short, peppy clips of dance routines, and struck a hit on her second upload. To date, the video–a 15-second clip of her dancing in her backyard, set to the Dance Moms version of “Boss Ladies“–has amassed nearly 2 million views. And for Paolantonio, that spike of virality was only the beginning. These days, she says, she’s as busy as she was on Broadway, performing seven shows a week.

Between May 2020 and now, Paolantonio’s account has grown to more than 2.2 million followers, and these days she’s hitting upwards of 30 million views per month. The past year has seen her work with brands including General Mills, Disney, Nickelodeon, American Eagle, Gap, and ESPN, and she recently began crossposting her content to YouTube Shorts, where she’s netting around 8 million views per month.

For Paolantonio, though, the most important thing TikTok’s given her is a foundation for the next evolution of her entertainment career: becoming a singer/songwriter.

Tubefilter: Tell us a little about you! Where are you from? What did you get up to before joining TikTok?

GiaNina Paolantonio: Hi! My name is GiaNina Paolantonio, an East Coast girl from the Jersey Shore. At the young age of nine, I began my career performing in Matilda the Musical on Broadway, playing Amanda Thripp for 18 months. From there, I continued my career performing alongside artists like Mariah Carey, Jody Watley, and JoJo Siwa. I have been in multiple commercials, TV shows on Nickelodeon (Lip Sync Battle Shorties) and Lifetime (Dance Moms S8) and the feature film The Greatest Showman.

Most recently, I have been working on my music career, writing and recording songs that come straight from my personal experiences. I thoroughly enjoy being in the public eye and take extreme pride in showing the world who I am through content.

Tubefilter: When and why did you join TikTok? Did you join kind of knowing the sort of content you wanted to make, or did you discover your niche along the way?

GP: I actually first joined musical.ly, making fun videos with my friends and family. As TikTok then launched, I jumped right on board mainly because it seemed to be a dancer’s paradise and dance is my first passion. The third video that I posted on TikTok blew up, and I was hooked from there.

Tubefilter: As you mentioned, you’re a New Jersey girl relocated to California. That fact is also the top line on your TikTok bio. Why is this such an important part of who you are? How have the places you’ve called home have influenced your content?

GP: I take great pride in my roots in being a Jersey girl…Never forgetting where I come from. Growing up so close to both the beach and New York City has given me balance and has grounded me throughout my career. Being able to work and still have time for riding my bike to the beach, playing golf with my family, and enjoying all four seasons has shaped me into who I am today.

Tubefilter: Walk us through what goes into an average video. Do you script? How much editing do you do? How do you choose filming locations?

GP: I love to film my TikTok content outdoors with natural light and intriguing and fun surroundings. There is no script and minimal editing. I just pick a sound and dance away and let it become what happens.

Tubefilter: Your following on TikTok has seen some major growth lately. Is there any one video that really popped off and drew in a big audience? Or has your growth built up across numerous videos?

GP: My TikTok following has grown consistently over time. However, my dance videos with my friend Sage seem to pop off and get a lot of attention. Collaborations with my dance friends is what I love most, as we have WAY too much fun creating content.

GP: I hope what people take away from my content is my authenticity and joy in making these videos. What you see in my content is who I really am, and I never want to not be my true self.

Tubefilter: Was there a specific moment where you realized that TikTok could be more than a hobby for you? How has being on TikTok changed your life?

GP: The moment my TikTok started gaining views and followers, I quickly realized that making content could be more than just a hobby. Brands and major recording artists began reaching out to collaborate. TikTok has given me the freedom to live my best life while maintaining who I am and following my dreams.

Tubefilter: How has your personal brand grown over the past few months? Have you gotten any cool sponsorships or other opportunities thanks to your digital presence?

GP: My personal brand has grown tremendously over the past year. I haven’t been this busy with work since performing seven shows a week during my run on Broadway. I have also partnered with The Network Effect on growth and engagement strategies across my digital and social properties (TikTok, Instagram, and Snapchat). I never thought that these platforms could provide such financial freedom and future opportunities for building my career.

Some of the top brands I have collaborated with are General Mills, Disney, FOX, Nickelodeon, American Eagle, Gap, NBC, CBS, and ESPN, to name a few.

Tubefilter: Due to your recent growth, do you have any new plans or goals for your content career? Do you think content will be a full-time pursuit for you long-term?

GP: I am a very goal-oriented person, so I am constantly thinking ahead to further my career. I do believe that being a content creator can be a full-time pursuit, and hopefully these platforms will continue to trend and help open many more doors for some of my other passions.

GP: My favorite part of making content as a whole is showing the world who I really am and what brings me joy as I hope to bring smiles to others who need it.

GP: I always have things in the works when it comes to my career and my content. I am a planner and very focused, so I am always prepared for the next opportunity. With that said, I do believe in taking things one day at a time. I don’t look too far into the future because the best things happen unexpectedly. I want to embrace every opportunity that comes my way.