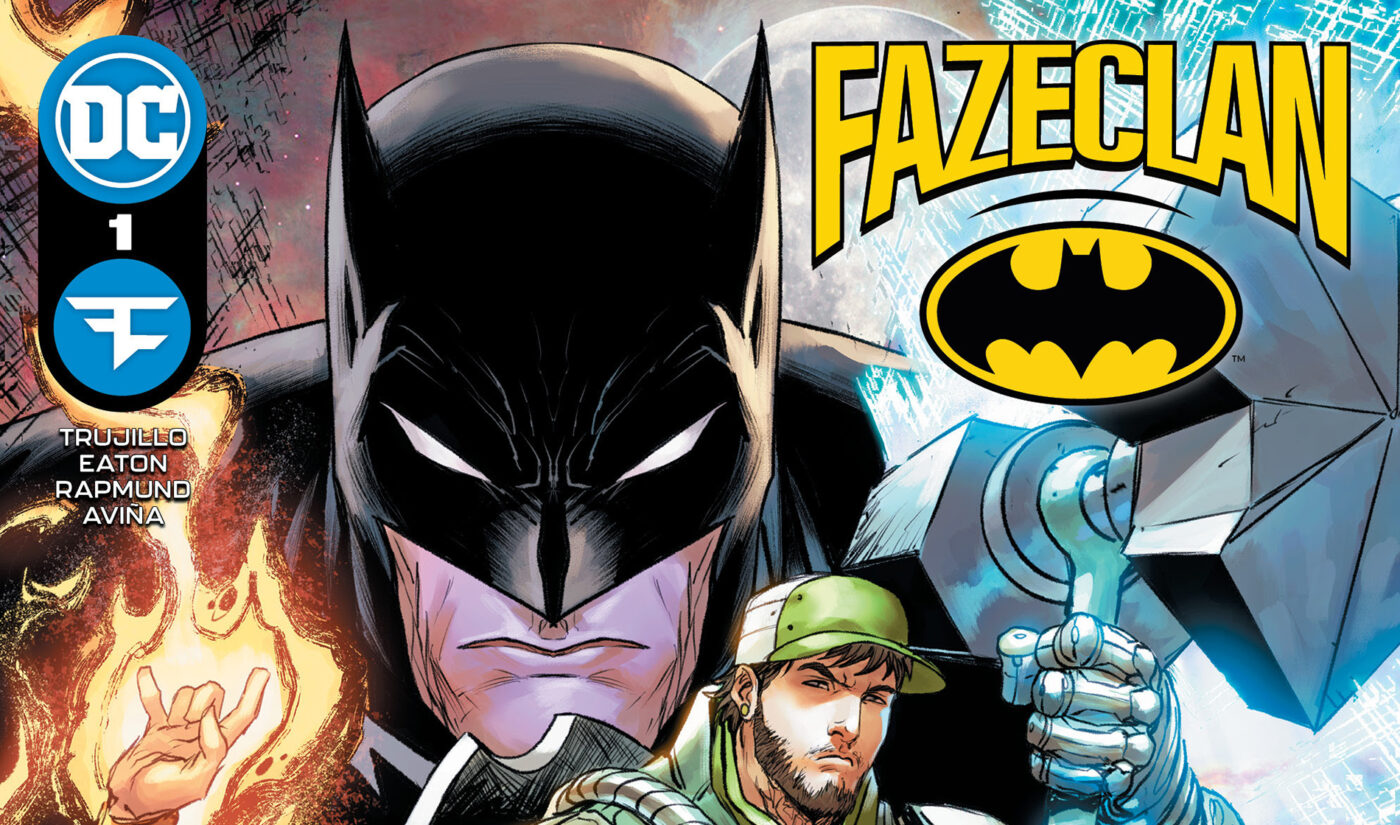 In a first-of-its-kind deal, gaming and entertainment organization FaZe Clan has partnered with DC Comics to feature its founding and prominent members in a special-edition Batman issue for Batman Month (aka September).

All seven members will feature in the issue, which is written by Josh Trujillio and drawn by Scot Eaton. The oneshot comic will come with a mass-release, group-shot cover, plus four limited variant covers that each spotlight one of four founding FaZe Clan members–FaZe Banks, FaZe Temperrr, FaZe Apex, and FaZe Rain.

Covers are drawn by Tyler Kirkham and Arif Prianto.

The collection will go on sale Sept. 24. Fans can scoop the entire line from FaZe Clan’s store; some items will also be available on DC Comics’ and NTWRK’s digital storefronts.

This team-up marks the first time a gaming org has appeared in a DC comic.

“I never would have thought we’d be doing a collaboration with DC,” FaZe Rain said in a statement. “This collaboration is extremely special to us because we all grew up on Batman and DC and to see ourselves as comic book Super Heroes is a dream come true.”

“DC is excited to partner with FaZe Clan to share this custom Batman story with their amazing gaming fans,” DC general manager Daniel Cherry III said in a statement. “This partnership is a great opportunity to invite even more fans into the iconic DC universe.”