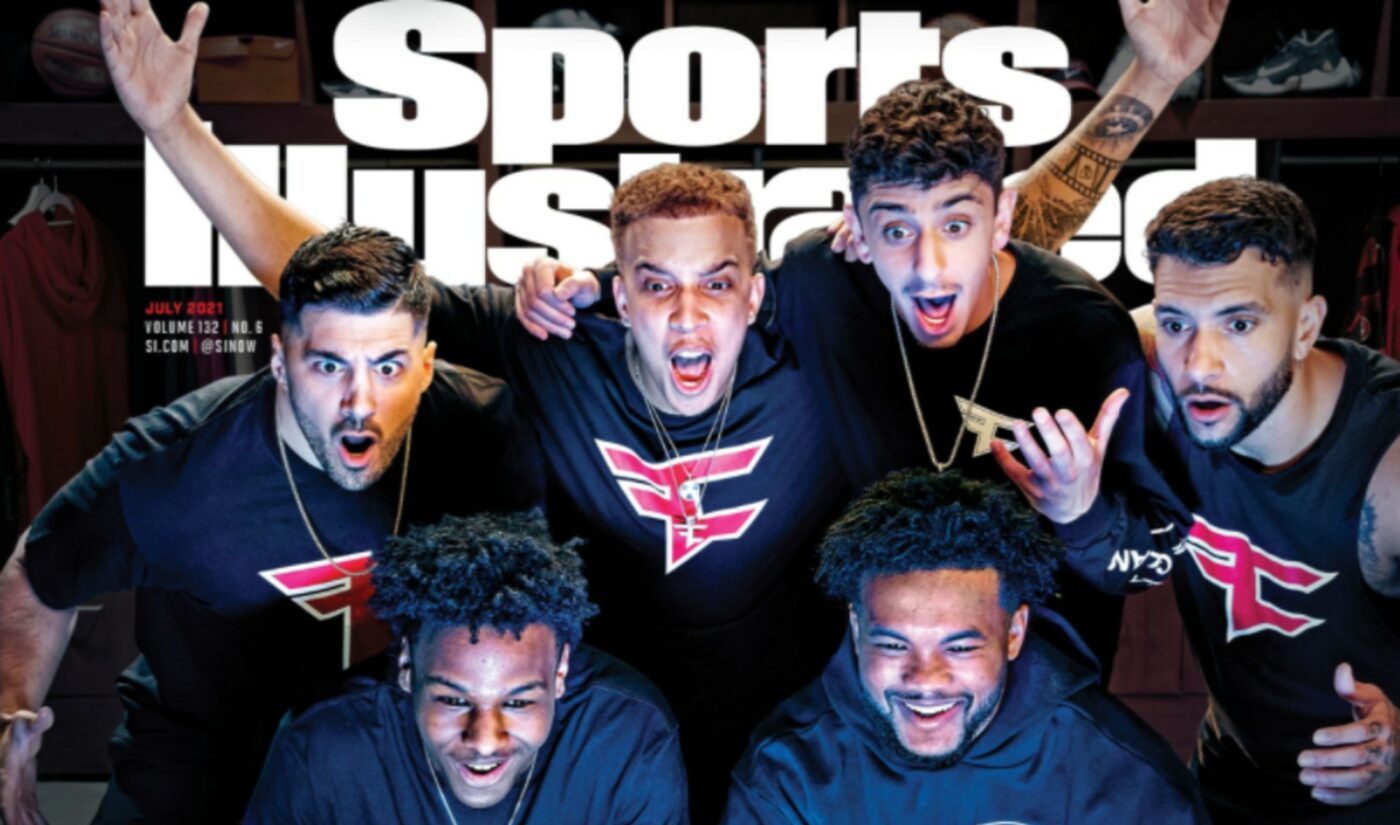 FaZe Clan has made history, it says, as the first gaming org to appear on the cover of legacy publication Sports Illustrated.

That said, it’s not the first time that a prominent sports magazine has featured an esports figure on its cover; ESPN nabbed Ninja as its cover star back in 2018.

The cover story, which explores the cultural convergence of gaming and traditional sports, is available digitally on SI.com — after being revealed in a Twitch stream yesterday by FaZe Nickmercs — and will hit newsstands on June 17.

FaZe has also partnered with merch partner and investor NTWRK to vend a limited edition collection of shirts, hats, and sweatshirts inspired by the cover, as well as limited-edition copies of SI signed by members of the crew. That collection drops tomorrow at 2 pm ET.