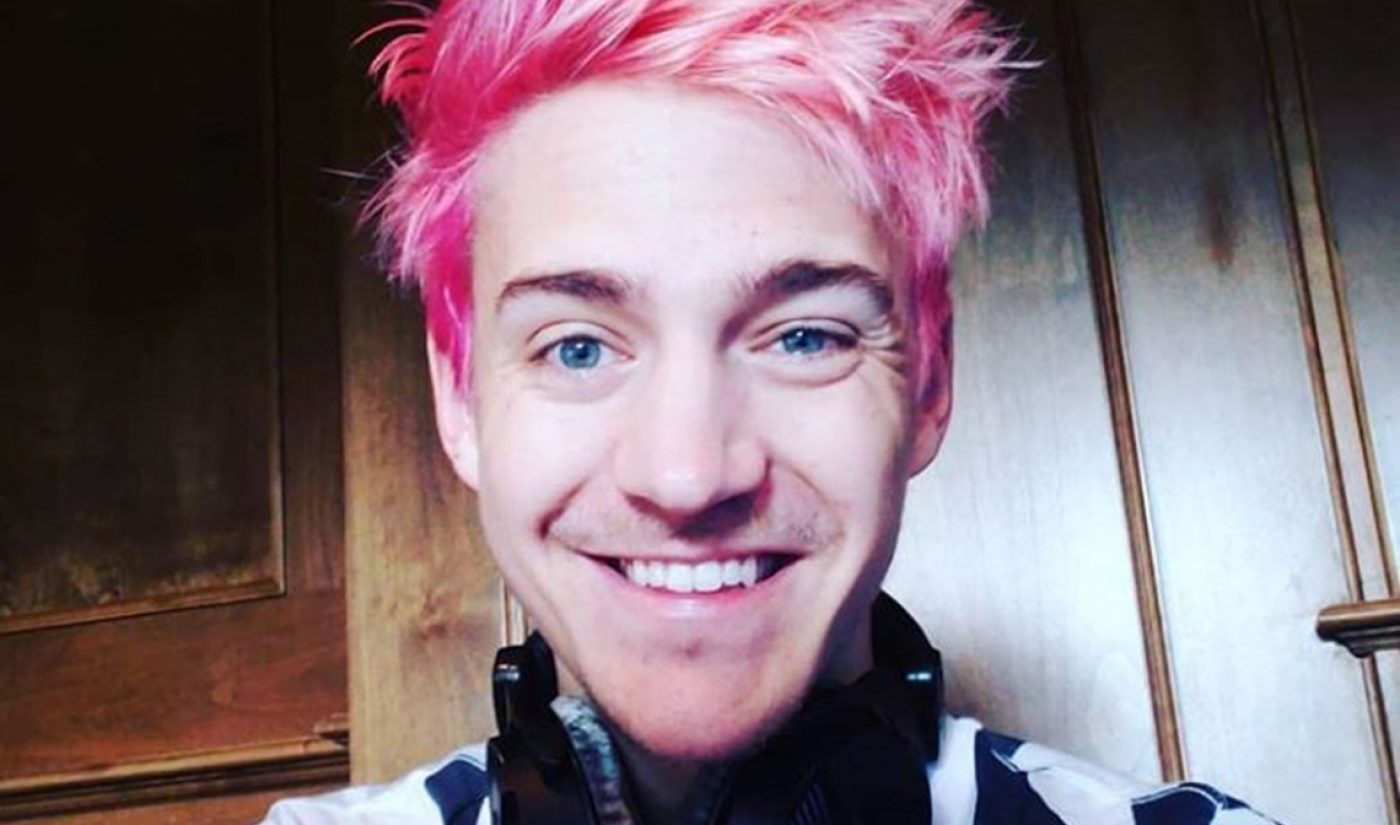 Another day, another milestone for Twitch luminary Tyler ‘Ninja’ Blevins.

Blevins has become the first professional gamer to grace the cover of ESPN The Magazine — a feat he teased yesterday on Twitter before the piece was unveiled this morning on Sports Center. In addition to signifying Blevins’ impressive ascension, the cover story marks a notable step forward for the esports industry as a whole, which is still striving to be perceived with the same legitimacy as other sports events.

ESPN The Magazine was established in 1998 and new issues hit stands every two weeks. Other recent cover stars include footballer Odell Beckham Jr. (who has serious digital media ambitions of his own), and Olympic gold medalist Aly Raisman. The glowing profile of Blevins, which you can read in full right here, calls him “gaming’s first crossover star.”

So excited to the first professional gamer to be featured on @espn the Magazine. Cover and profile will be shown on Sports Center tomorrow in the 7 AM EST hour. pic.twitter.com/gzlSJihroM

In it, the 27-year-old was rather explicit about his moneymaking prospects. He reveals that he is currently banking close to seven figures per month — far and above the $500,000 that Blevins quoted at the outset of his career. Blevins told ESPN that he makes $300,000 per month off of Twitch Subscriptions alone — in addition to the earnings he pockets from lucrative sponsorships with Samsung, Red Bull, and Uber Eats.

In the story, Blevins also addressed a recent controversy in which he proclaimed his refusal to stream with other female gamers out of respect for his marriage — a controversial statement given the marginalization and abuse that female gamers tend to face with greater frequency than their male counterparts. Doubling down, Blevins told ESPN, “This is my spouse. This is the person I vowed to spend the rest of my life with. The fact that anyone feels they can judge how I’m protecting my relationship and try to make it political…really?”

Looking ahead, despite his singular proficiency in Fortnite, Blevins told ESPN that he is always looking out for the next big game. On Friday, for instance, Blevins began streaming the new Call Of Duty title Blackout to 271,000 concurrent viewers at peak. Furthermore, Blevins will be headlining a Blackout tournament at TwitchCon next month.