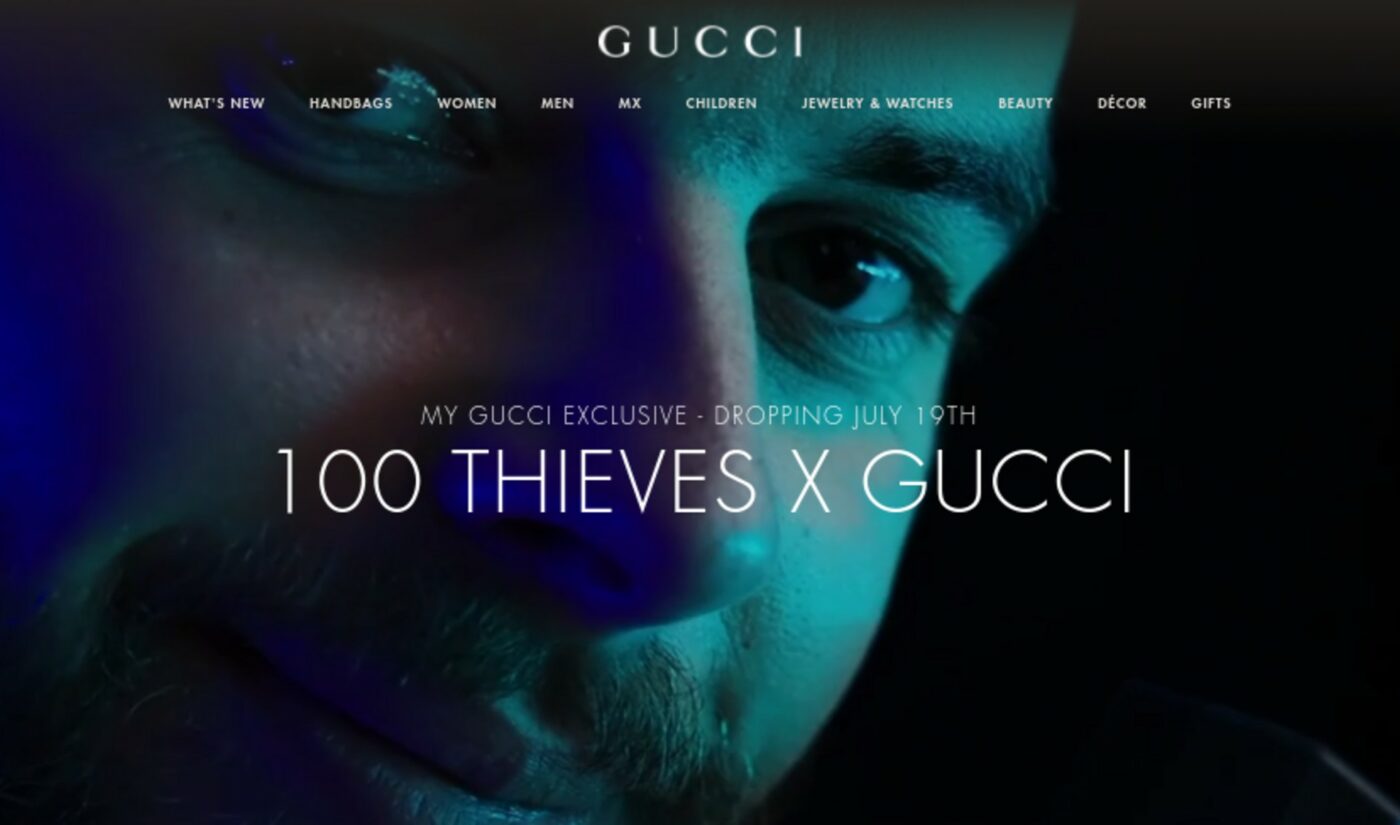 In what amounts to an irrefutable sign of prestige for gaming culture, the esports collective 100 Thieves — which is also known for its highly-sought-after, streetwear-inspired merch — has announced a collaboration with storied luxury house Gucci.

Little is known about the collab, including what kind of product is being created and pricing details, though a dedicated website states that the “item” will drop on July 19. In order to purchase it, fans must register a My Gucci account — a free service that enables users to preview launches, access exclusive content and customer support, compile wish lists, and save their shipping and payment details for easy access.

“Drawing on the shared values of freedom and self-expression, the [Gucci] house unveils its latest foray into the world of esports through a collaboration with 100 Thieves — a Los Angeles-based brand of apparel, lifestyle, and gaming,” Gucci, which was founded in 1921, said in a statement.

And while 100 Thieves x Gucci marks the first time that an esports collective has teamed with a luxury fashion house, it follows another impressive tie-up between fellow gaming collective FaZe Clan and the celebrated Japanese artist Takashi Murakami. Their limited edition collection dropped last month, comprising jerseys and mousepads, ranging in price from $50 to $100.

Another luxury purveyor, Louis Vuitton, has also frequently tapped influencers as brand ambassadors, including Emma Chamerlain and Charli D’Amelio as the stars of its latest footwear campaign.

You can check out a teaser for the 100 Thieves x Gucci collab below: