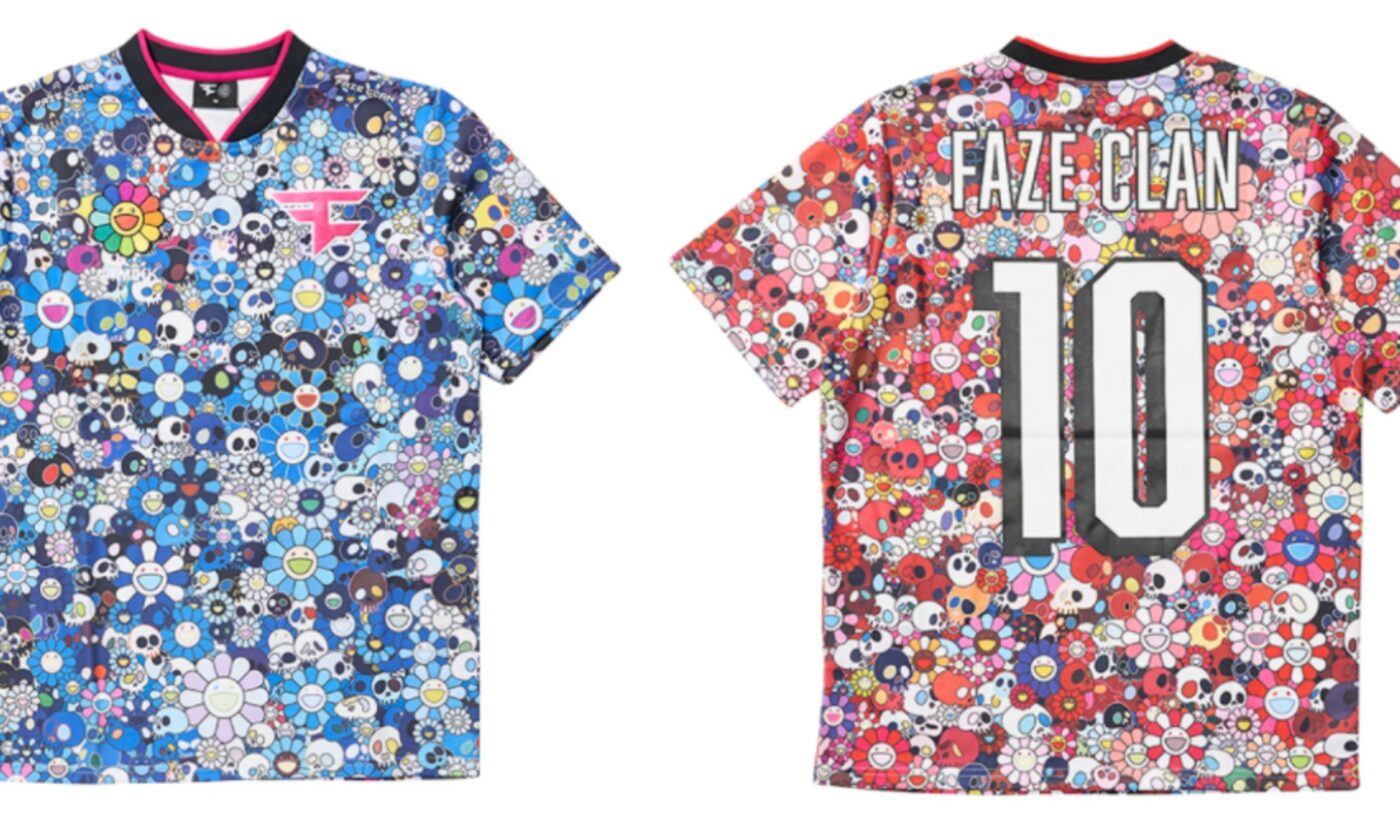 FaZe Clan has unveiled its latest merch collab with none other than Takashi Murakami, the celebrated Japanese artist known for blurring the lines between high and low culture.

The limited edition collection will comprise esports jerseys and mousepads featuring Murakami’s signature floral print (pictured above). Items will range in price from $50 to $100, and will be available exclusively on the NTWRK app on June 28 at 3 pm ET. NTWRK is a livestreaming shopping platform founded by Jaime Iovine — the son of noted music exec Jimmy Iovine — that features daily product drops and virtual shopping festivals. It is also an investor in FaZe.

In a statement, Murakami — who formerly collaborated with Louis Vuitton a limited-edition collection — likened his relationship with FaZe to then 50-year-old Andy Warhol’s collaboration with the young artist Jean-Michel Basquiat.

“I must now be older than Warhol then, and I suspect the members of FaZe Clan are younger than Basquiat was,” Murakami said. “Some people may think our pairing rather incongruous, but in 30 years’ time, the meaning of this collaboration within art historical context will perhaps be reviewed and reassessed. And so, while I felt a bit shy about doing a collaboration with such young people, I went along with their request, trusting in the freshness of the landscape the future audience will see in this project.”

“All of us at FaZe are humbled by Takashi Murakami’s decision to collaborate with us on this special project,” stated FaZe CEO Lee Trink. “To work with an iconoclast, visionary, and cultural seer is an honor.”