Twitter To Let Creators Keep 97% Of Revenues From Super Follows, Ticketed Spaces — Until They Surpass $50,000 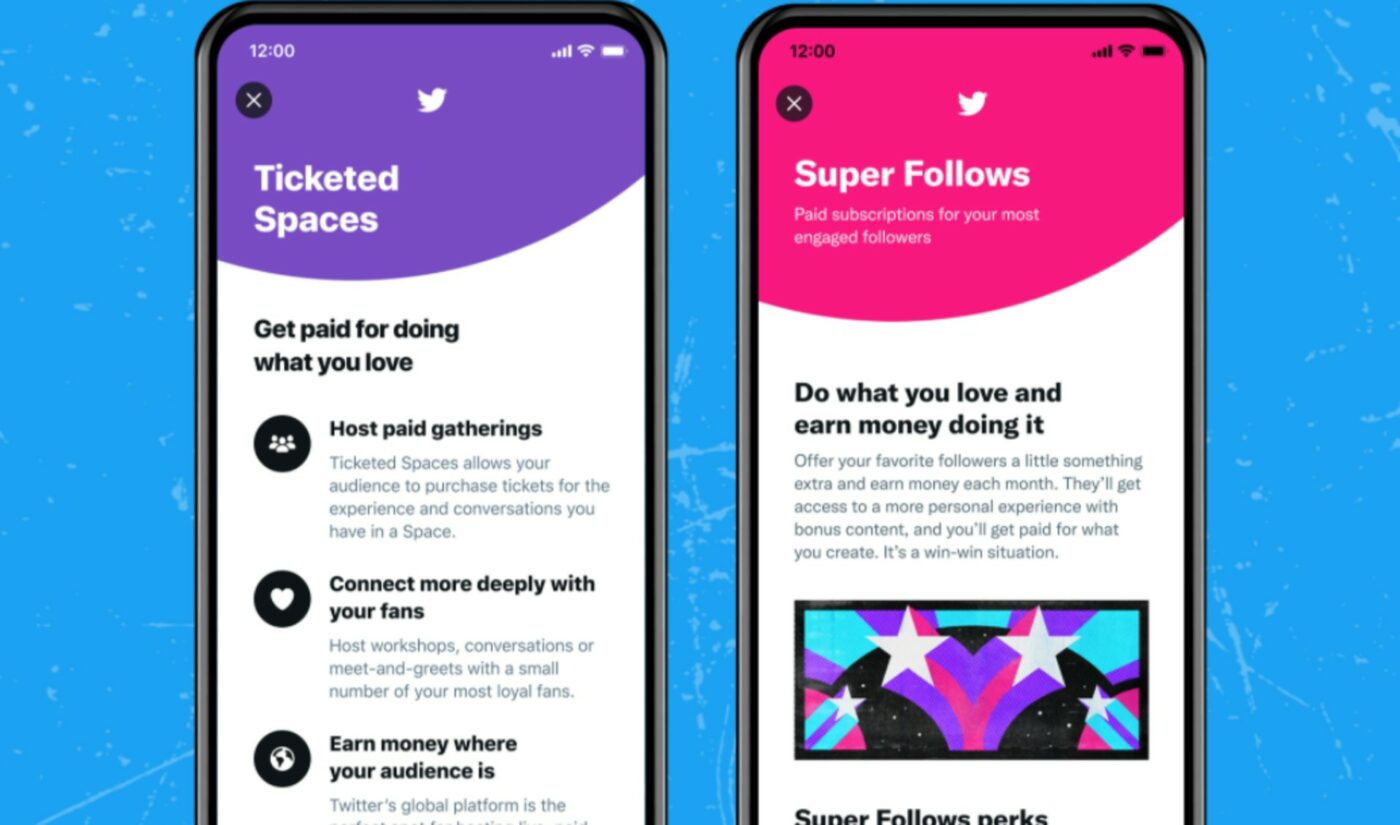 To apply, creators can navigate to the sidebar and tap ‘Monetization’ to learn more and see whether they’re eligible.

Twitter says it will only take 3% of revenues generated by creators from Super Follows or Ticketed Spaces — though that doesn’t take into account the 30% fee charged by both the Apple App and Google Play stores, Variety notes. Furthermore, once a creator has made $50,000, the company will begin to take a 20% cut from that point forward.

“We want to ensure that emerging voices are able to earn money, which is why they’ll be eligible to earn a larger share starting out,” Twitter exec Esther Crawford wrote of the company’s rev share plans in a thread. “Why $50,000? Earning $50,000 from Super Follows and Ticketed Spaces shows that you’re getting value from these features and that they’re helping you make real money.”

Applications for Super Follows — which allow creators to set their monthly subscriptions to $3, $5, or $10 — are only available for iOS users, though Ticketed Spaces — which can be priced from $1 to $999 — are available on both iOS and Android. Right now, both tests are only available to users in the U.S.