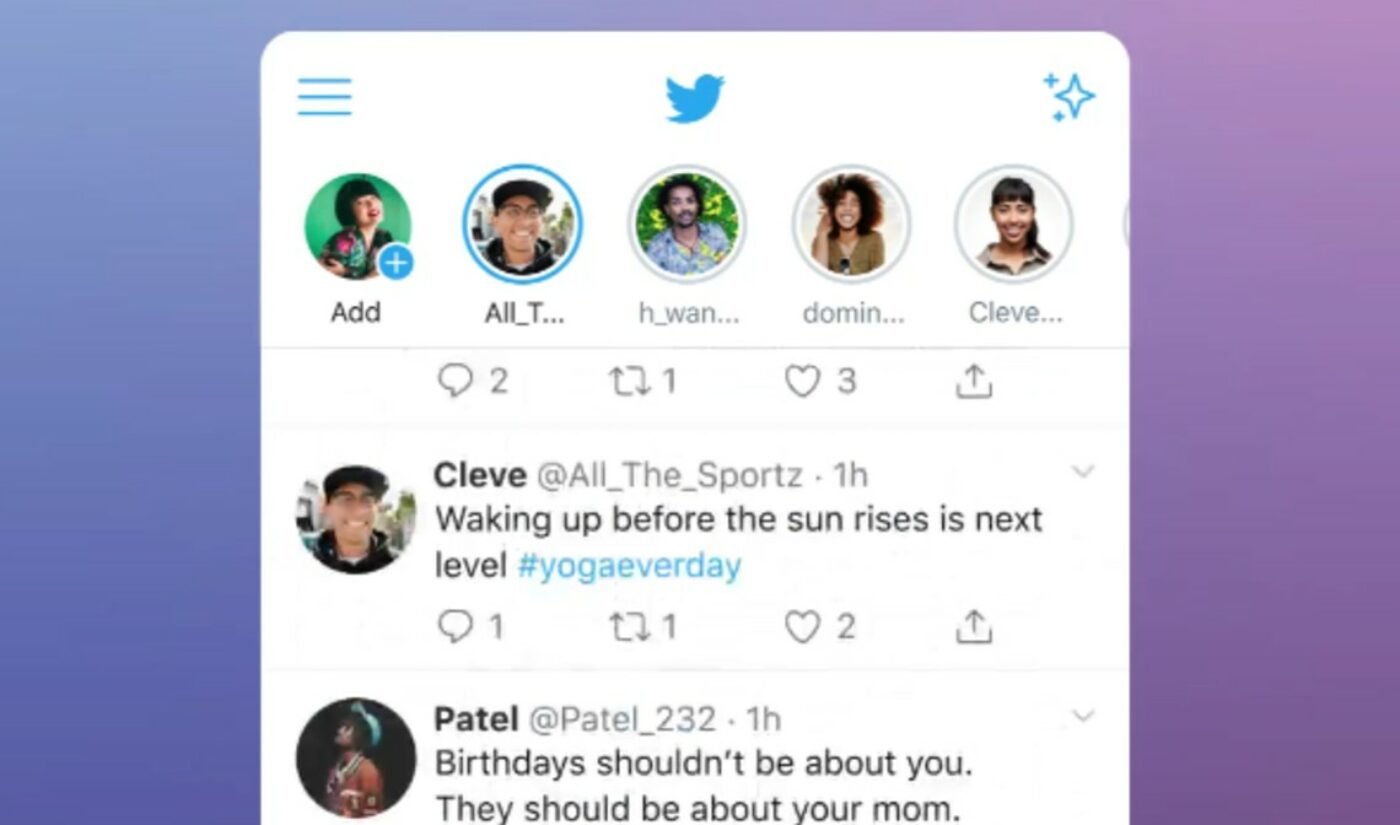 Twitter is rolling out today a cleverly-christened feature that marks its take on the disappearing Stories format, first popularized by Snapchat.

Fleets, Stories-like posts that only last for 24 hours, will be available to all users globally on iOS and Android in coming days. The purpose of Fleets, the company says, is to encourage sharing when users might feel as though public Tweets are too permanent and pressureful. Fleets do not appear in the traditional Twitter timeline, but are distributed — similarly to Instagram Stories — via a series of bubbles at the top of the homepage. Once tapped, Fleets populate the entire mobile screen.

Twitter first announced Fleets earlier this year and has subsequently been testing the concept in Brazil, Italy, India, and South Korea, where it says it saw more users joining in on conversations, particularly new users.

Fleets can comprise text, responses to existing Tweets, photos, or videos. Stickers and live broadcasting will become available in the Fleets format soon, Twitter says. Creators will be able to see who has clicked on their Fleets, and, if users have their DMs open, anyone can reply to them.

That thing you didn’t Tweet but wanted to but didn’t but got so close but then were like nah.

We have a place for that now—Fleets!

Rolling out to everyone starting today. pic.twitter.com/auQAHXZMfH

In addition to Fleets, CNN reports that Twitter is also readying a new feature called Audio Spaces, which is set to launch by year’s end. Audio Spaces will enable users to start rooms where certain people can lead a discussion and others will only be able to listen — in a bid to emphasize safety and comfort. CNN notes that this is roughly akin to a concept popularized by the controversial startup Clubhouse.

Twitter will initially roll out Audio Spaces among a very small group of women as well as users from marginalized backgrounds — who are disproportionately impacted by abuse and harassment on the platform, the company told CNN. “We need to support other formats. We need to support other use cases that help people have more thoughtful debate, more thoughtful exchanges that you can’t pack into 280 characters,” product lead Kayvon Beykpour told the outlet.