Logan Paul And Floyd Mayweather Made Tens Of Millions In Sponsor Dollars On Their Fight. Here Are All the Brands Involved In The Boxing Event. 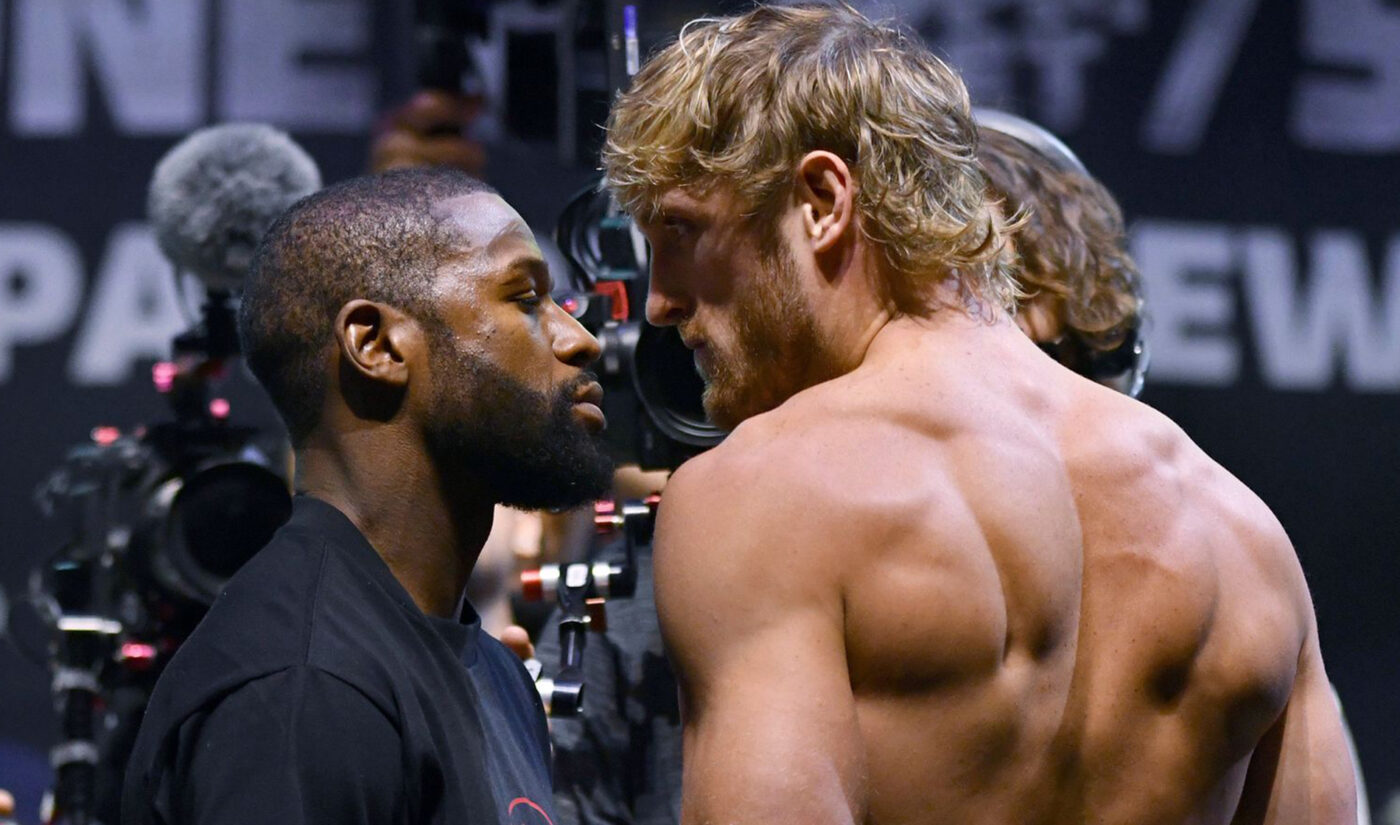 Logan Paul and Floyd Mayweather’s much-hyped boxing match may not have crowned an official winner, but it brought the duo more than a dozen potentially lucrative sponsorship deals with companies like Atari, DraftKings, and OnlyFans.

The June 6 exhibition fight–presented by Mayweather Promotions, Paul’s Mavathltcs, and Cameo competitor Fanmio–saw 44-year-old Mayweather, a 50-0 former world champion, take on 26-year-old Paul, who starred in the self-dubbed “YouTube World Championship” of boxing when he fought fellow creator KSI back in 2018, and is 0-1. (His first fight with KSI ended in a draw, and wasn’t counted; their 2019 rematch went to KSI.)

Per exhibition fight rules, no judges rendered verdicts and no winner needed to be declared, but the eight-round fight notably did not end with a knockout for either Paul or Mayweather, effectively putting them at a draw. (One undercard fight, former NFL player Chad Johnson vs. mixed martial arts fighter Brian Maxwell, was also an exhibition fight with no winner declared, while the other two undercards ended with judges’ verdicts: middleweight pro boxer Luis Arias defeated Jarret Hurd, and middleweight champ Badou Jack beat Dervin Colina by TKO in round 4 in what was supposed to be a ten-round fight.)

During the lead-up to the bout, both Paul and Mayweather were vocal about the bouquet of sponsorships they’d clinched, with Mayweather going so far as to tell Showtime Sports (which aired the fight on pay-per-view at $50 a pop and apparently struggled with significant streaming issues) that the event constituted “legalized bank robbery.”

One of Mayweather’s most prominent partnerships was with creator subscription platform OnlyFans. That deal had him sign up for an account to share exclusive, safe for work, behind-the-scenes boxing content (though OnlyFans is primarily known for its trove of NSFW content), plus posts about his personal life. It also had him strolling into the ring at Miami’s Hard Rock Stadium wearing a flashy leather OnlyFans cap.

Mayweather’s entry outfit was similarly adorned with logos from sponsor BetOnline, a digital sportsbook, while his entourage wore caps from another partner, CBD/hemp cigarette manufacturer TAAT. He was additionally sponsored by longtime partner Grant Worldwide, with the boxing glove brand promoting the fight on Instagram.

His trunks for the bout bore logos from partners EthereumMax.org, Fashion Nova and its offshoot NovaMEN, Limitless X (a marketplace selling health supplements), and SMILZ, a CBD brand created by Mayweather and Jas Mathur, CEO of Limitless X.

Following the bout, Atari tweeted that it and Paul have “much more than this in store.”

Paul also partnered with buzzy fintech company Current for a $10,000 cash giveaway, and highlighted the business on his walkout robe and in a prefight upload on his YouTube channel (where he has 23.1 million subscribers) June 5.

“Banks are old, lame, and outdated–like Floyd Mayweather,” he chirps, flashing his Current-branded Visa. “Current, however, is new, cool, and changing the game, like me.” (A second prefight video, this one an episode of Paul’s long-running podcast Impaulsive, similarly featured a shout-out for yet another sponsor, metal wallet company Ridge.)

To participate in the Current giveaway, folks must sign up using Paul’s referral code LOGAN, and they’ll be automatically entered to win up to $500 each, for a total of $10,000. Current tells Tubefilter the fight sponsorship is part of an overall “comprehensive partnership” with Paul.

It’s worth noting that, though it wasn’t part of a sponsorship, Paul’s walkout outfit also featured the mint-condition, first-edition, one-of-three Charizard Pokémon card he bought for $150,000 in October 2020.

The Current giveaway wasn’t Paul’s only handout for fans. He and another sponsor, cryptocurrency trading and tracking platform Blockfolio, promoted the fight by listing a giveaway that’ll reward 10 people with $10,000 each in currency Ethereum.

And, of course, sponsorships didn’t only go to the individual combatants. Paul and Mayweather’s battleground was ringed in branding from major partners DraftKings and CashApp. (The latter is known for sponsoring creators; it’s the overall partner for creator org 100 Thieves’ 15,000-square-foot headquarters in L.A.) Presenting sponsor Fanmio didn’t appear on the ring branding, but vended pay-per-view tickets that came with limited-edition event T-shirts.

Both Mayweather and Paul have given figures for how much they expect to make from sponsors–Mayweather’s aforementioned claim of $30 million, and Paul told TMZ he anticipates making around $20 million–but it’s not clear how much they might make from the event outside of partnerships. It’s been reported that Paul was slated to receive a $250,000 base salary plus 10% of pay-per-view sales, but those figures haven’t been officially confirmed.

Viewership figures for the fight have not yet been disclosed.