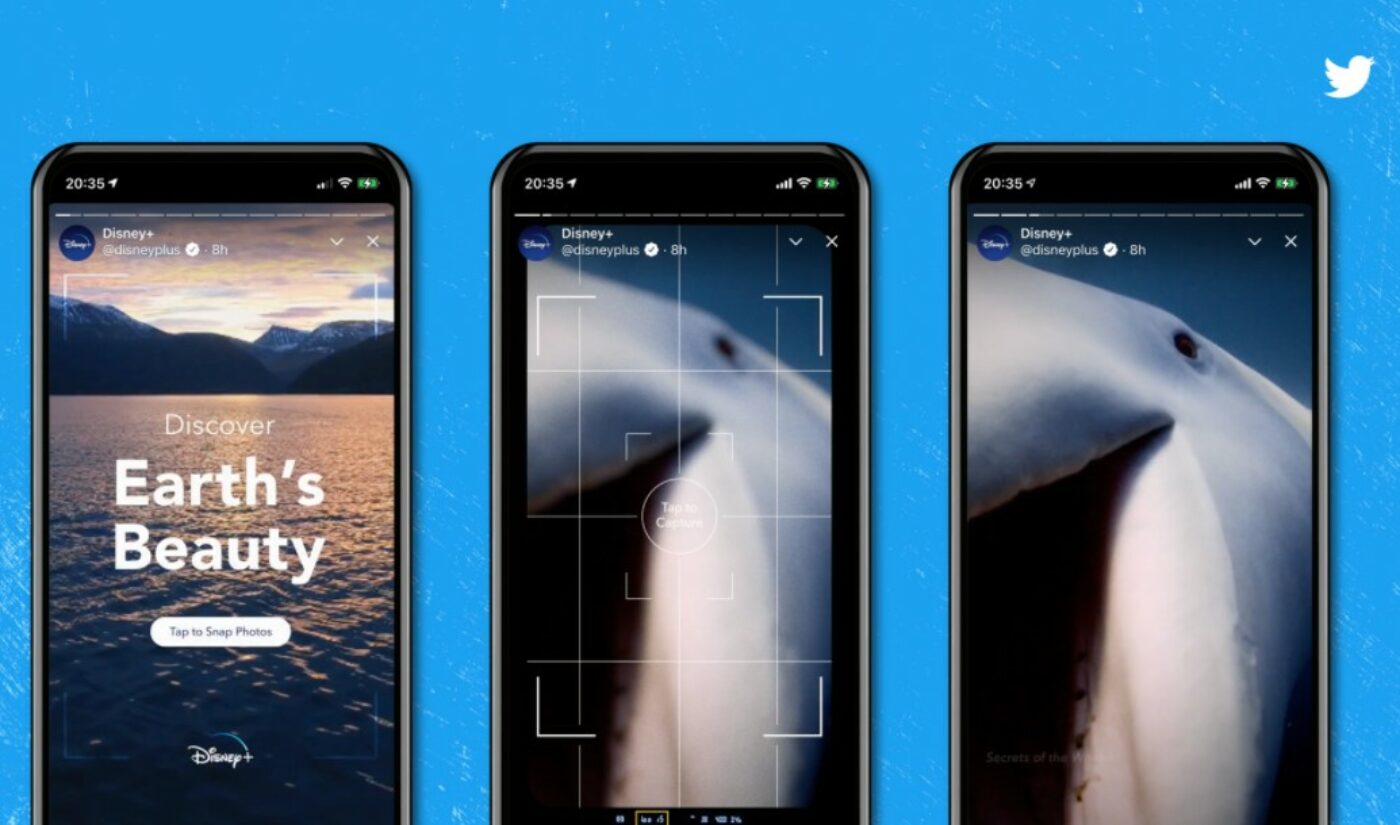 Twitter is testing ads in its seven-month-old Fleets product, which is akin to the Stories format first popularized by Snapchat.

Fleets, which Twitter first began testing in March 2020 and officially launched last November, can contain photos or videos, as well as text or reactions to Tweets — adorned with different backgrounds, stickers, and font options. (In addition to Fleets ads, Twitter is also iterating on new stickers and backgrounds for Fleets, the company said). Fleets, which stands for fleeting Tweets, live at the top of users’ timelines in circles, just as Stories appear on Instagram.

Twitter confirmed the Fleets ad experiment in a blog post, noting that this marks the first time that it will offer fullscreen, vertical ads. The company also suggested that it is exploring what the format might look like outside of Fleets.

“Fleet ads are full-screen billboards for advertisers,” explained product marketing staffers Austin Evers and Justin Hoang. “We want to understand how this content performs for customers not just for Fleet ads, but for future iterations of fullscreen formats on Twitter.”

The test is currently taking place among a handful of advertisers (including Disney+ and Wendy’s) and will surface for a limited group of U.S. users on iOS and Android. Ads can appear as photos or videos, at a maximum of 30 seconds in length, with the option to link away from Twitter with a ‘swipe-up’ function.