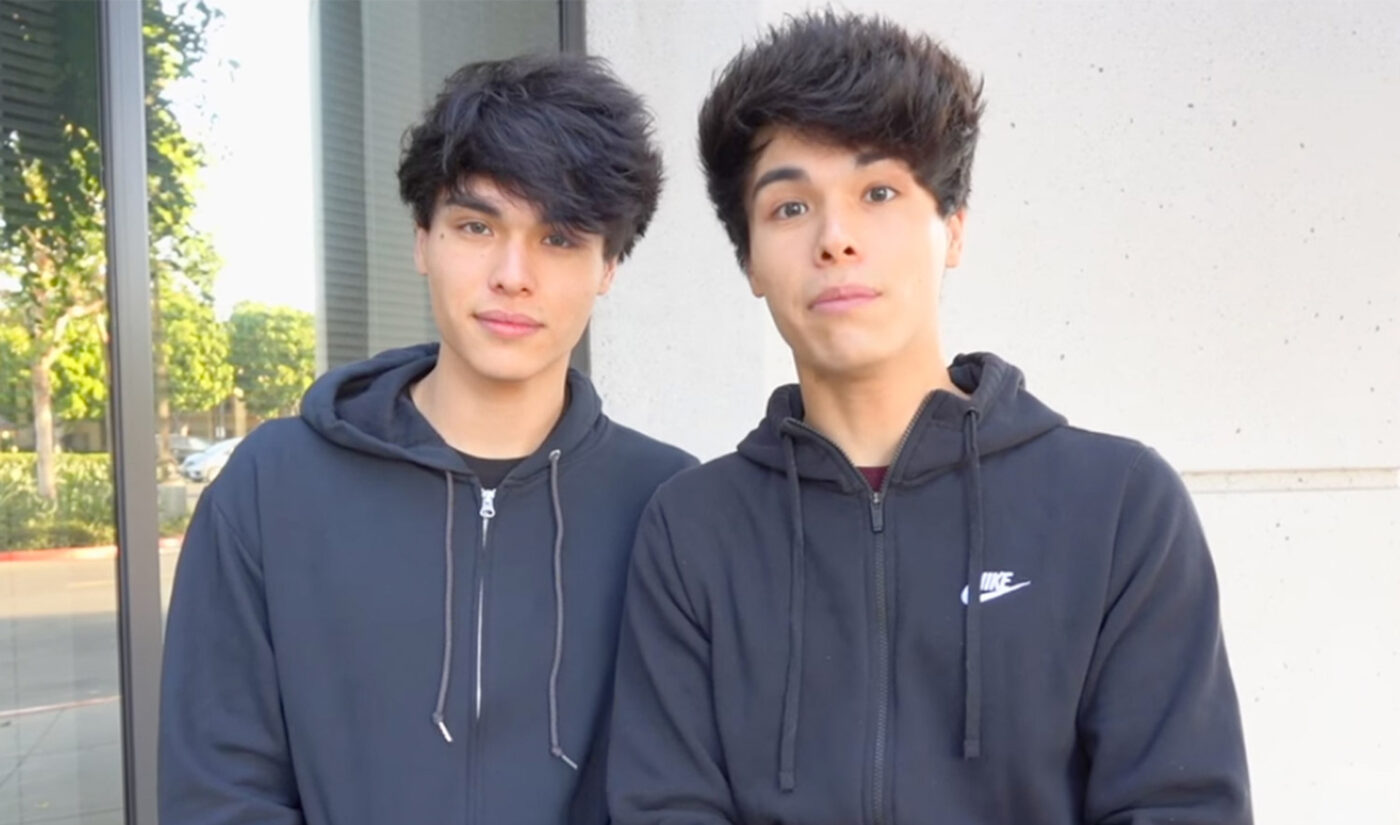 Twin content creators Alan and Alex Stokes have pleaded guilty to false imprisonment charges related to a fake bank robbery prank that ended with an Uber driver being held at gunpoint by police.

The 24-year-old brothers–who have 6.66 million subscribers on YouTube and 30 million followers on TikTok–were charged in August 2020 with one felony count of false imprisonment effected by violence, menace, fraud, or deceit, and one misdemeanor count of falsely reporting an emergency. They faced a maximum of five years in prison.

Charges stemmed from the filming of a 2019 YouTube video in which the brothers pretended to rob two banks and filmed themselves “getting away” in public wearing masks and black clothes.

One of the false robberies involved calling an Uber to come pick them up. The driver was not part of the prank and refused to let them into the car. Bystanders called police, who held the driver at gunpoint during questioning.

The Stokes pleaded guilty to the felony count (reduced to a misdemeanor in the deal) and were sentenced to 160 hours of community service and one year of probation. Per The Verge, they must also pay restitutions.

“The guilty pleas were in exchange for a judge reducing the felony false imprisonment charge to a misdemeanor,” the office of Todd Spizer, the district attorney of Orange County, Calif., said in a press release.

“These crimes could have easily resulted in someone being seriously hurt or killed,” Spitzer said in a statement. “An active bank robbery is not a casual police response and these police officers were literally risking their lives to help people they believed were in danger. It is irresponsible and reckless that these two individuals cared more about increasing their number of followers on the internet than the safety of those police officers or the safety of the innocent Uber driver who was ordered out of his car at gunpoint.”

The YouTube video showing the prank was removed from the twins’ channel last year. Tubefilter has reached out to YouTube to see if any action will be taken against the channel. In the past, YouTube has demonetized and/or terminated channels when creators were convicted of crimes closely related to their content.

We will update this story with any new information.