Amazon Kids+ Pacts With Ryan Kaji For Its First Original, With Toy Tie-In 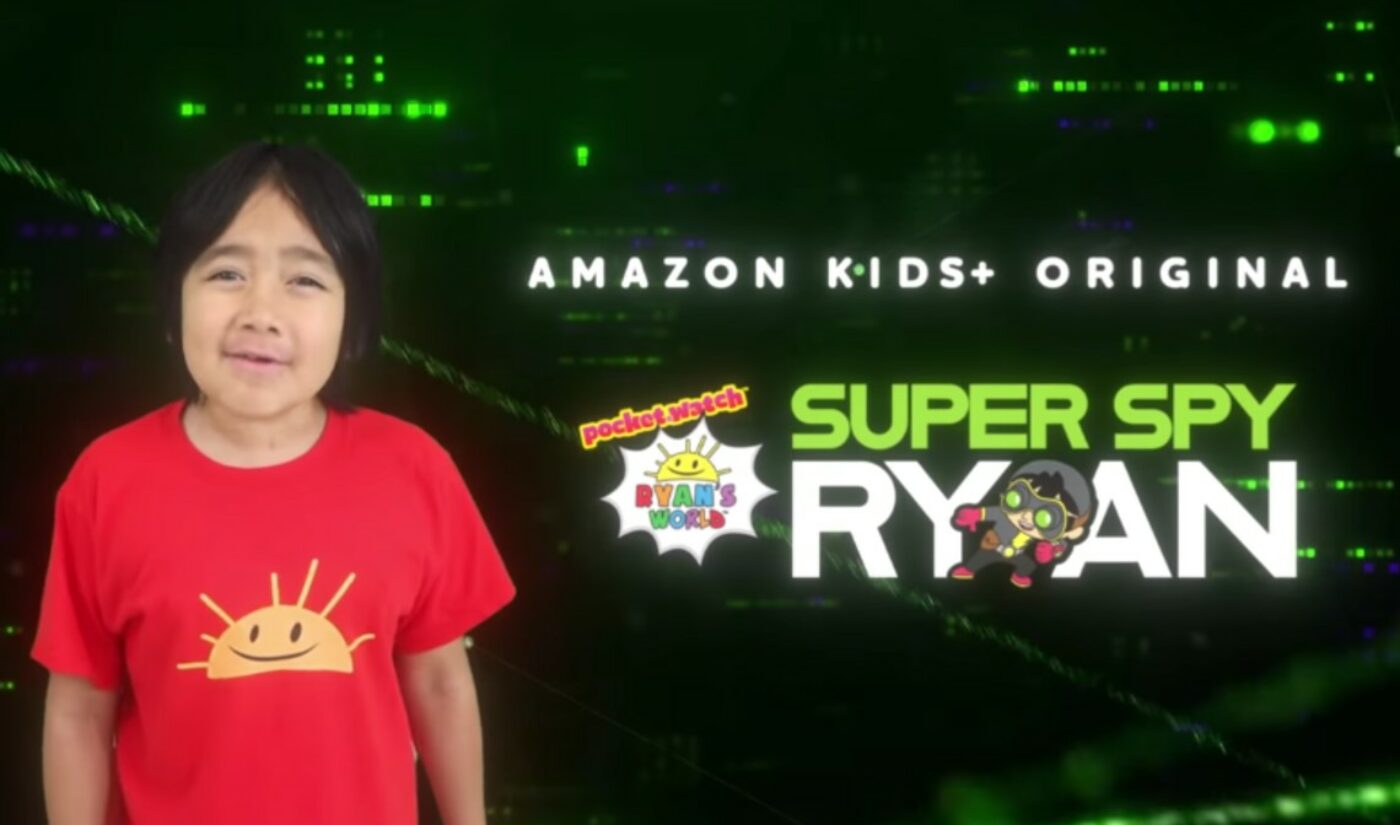 Everybody wants a piece of Ryan Kaji — including, it turns out, Amazon Kids+, a child-focused subscription service comprising books, movies, TV shows, apps, and games for $3 per month. Amazon launched the service in 2012, but re-branded it from its former name, FreeTime Unlimited, in September.

Amazon has tapped Kaji to star in its first-ever, original long-form original for Kids+ dubbed Super Spy Ryan — a half-hour hybrid live-action and animated special that premieres on Nov. 27 in the U.S., U.K., and Canada. It will arrive in Germany and Japan next month. Super Spy Ryan, which also marks the first time that Ryan has voiced-over animation, is produced by Sunlight Entertainment, the Kaji family’s own production company, and studio partner Pocket.watch. The animation was produced by Japanese studio Shin-Ei Animation.

In the one-time special airing on Black Friday, Ryan becomes transported into an animated world where he and his friends must recover a precious golden console from a nefarious hamster named The Packrat — a new character within the Ryan’s World franchise. The show will also arrive with toy tie-ins, including a $60 Secret Agent Mystery Mission Case and a Super Spy Figures six-pack, which is priced at $20, both of which are for sale on Amazon.

“The appetite for great kids and family entertainment continues to build momentum, as evidenced by the demand we’ve seen on a global scale around our franchises featuring YouTube creators like Ryan,” Pocket.watch founder and CEO Chris Williams said in a statement. “We’re focused now, more than ever before, on finding the best partners to bring these beloved stars to kids and families amid these challenging times.”

Ryan has become ubiquitous across today’s web, with not only a massive YouTube channel (27 million subscribers and 675 million monthly views) but an OTT hub called Ryan and Friends, and a linear Nickelodeon series called Ryan’s Mystery Playdate. Most recently, Ryan became the first YouTuber to have a float fashioned in his likeness for the Macy’s Thanksgiving Day Parade. Ryan’s World consumer products generated $200 million in retail across 24 countries last year, Pocket.watch says — a figure that is slated to grow in 2020.

You can check out the trailer for Super Spy Ryan below: