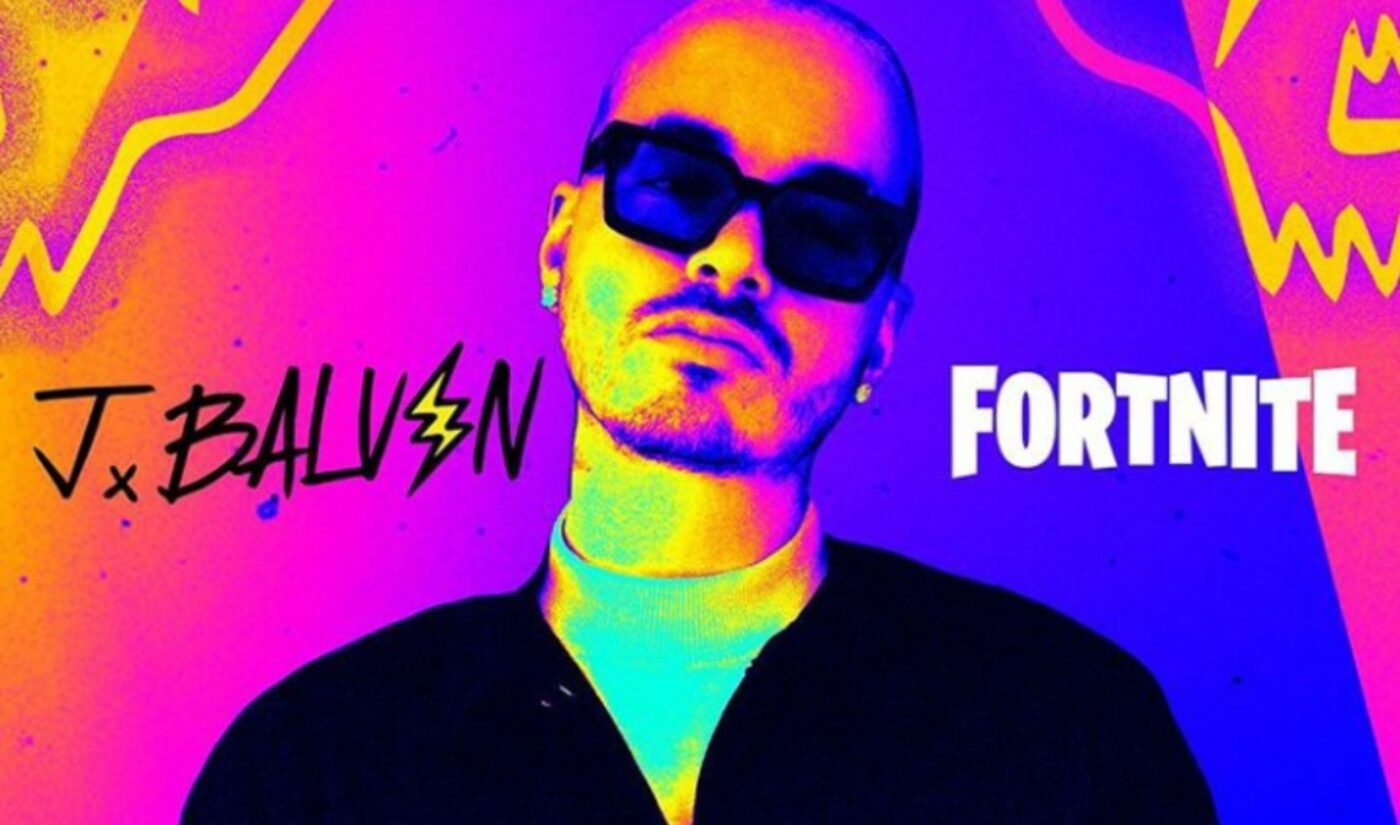 The latest musician set to headline his own concert inside Fortnite is reggaeton singer and four-time Latin Grammy winner J Balvin, who will also debut his new single, “La Luz,” on Halloween.

J Balvin’s set, slated for Oct. 31 at 9:00 pm ET, represents the latest installment in what Fortnite calls “the future of concert viewing” — a particularly pertinent format as IRL events have ground to a halt in the wake of the coronavirus pandemic.

Fortnite annually celebrates Halloween with an in-game event called Fortnitemares — which kicked off today and features new gameplay, challenges, and in-game rewards. The concert will serve as this year’s Fortnitemares headlining event– and will premiere simultaneously on video social network Houseparty, which is owned by Fortnite publisher Epic Games. In honor of the concert, Fortnite is also releasing a new skin — dubbed the Party Trooper Outfit — for sale in its Item Shop through Nov. 1, though anyone who attends the concert can unlock an all-new J Balvin outfit for free.

Whereas past in-game concerts have been entirely virtual, with artists appearing as virtual avatars, J Balvin himself will be performing in Party Royale for the latest event, though within a virtual setting. In a first, Epic says the performance comprises XR (cross reality) technology that harnesses LED walls and camera tracking to create visuals not unlike those harnessed by Katy Perry in a recent American Idol performance.

Other recent music events to take place within Fortnite include a BTS music video premiere and a record-shattering virtual concert headlined by Travis Scott.