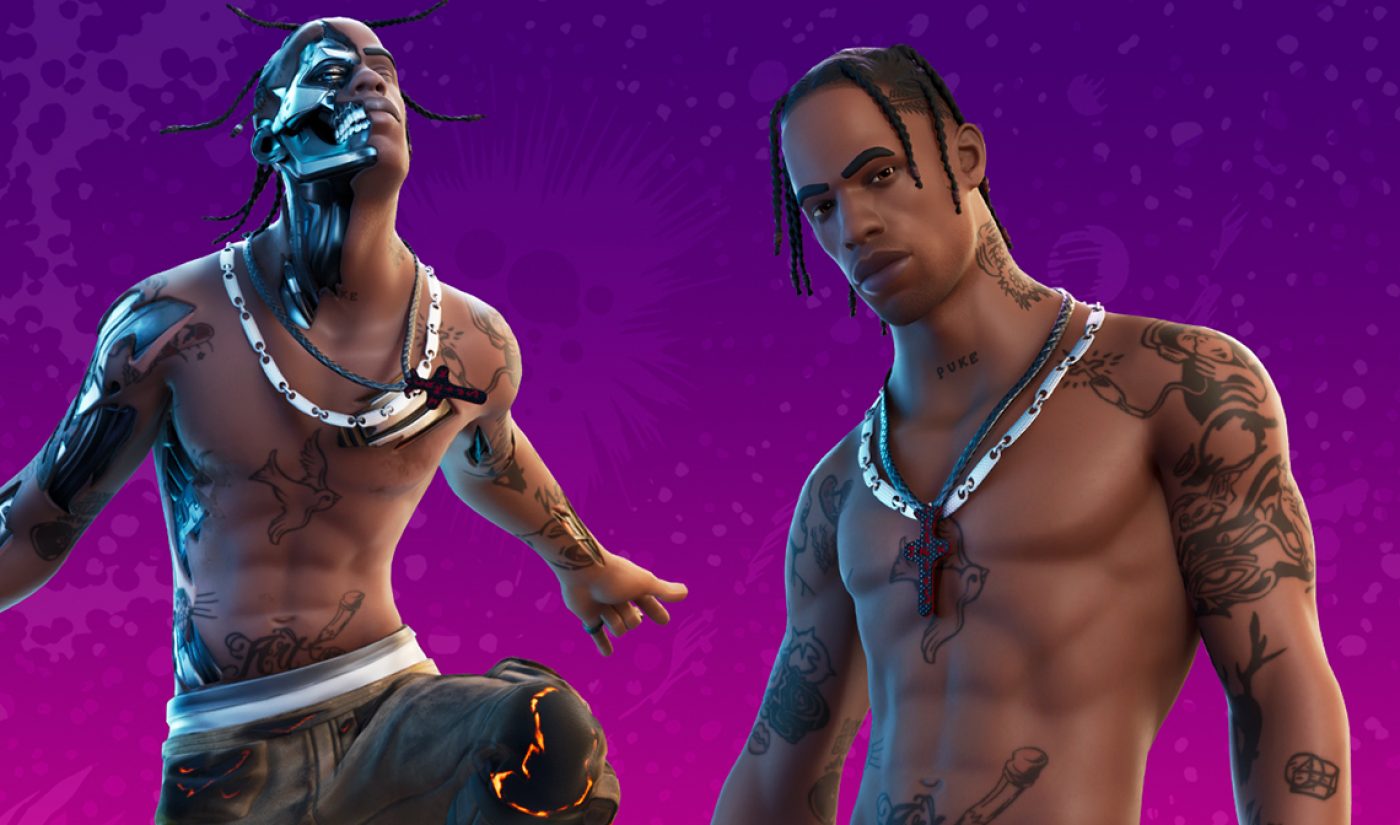 The roughly ten-minute event, which premiered yesterday at 7 pm ET, garnered 12.3 million players tuning in concurrently, Fortnite tweeted yesterday, confirming that that figure was an all-time record. “I know times are weird for us,” Scott added, “But for one moment to be able to have the ragers rage wherever you are is amazing.”

The Astronomical event will be rebroadcast four more times over the course of the weekend, so that viewers the world over can tune in live, with the ability to reserve a spot for the show 30 minutes before it starts. You can check out the full schedule at Fortnite.com/Astronomical. Alongside the virtual concert, Fortnite has also released exclusive Astronomical-inspired outfits and emotes for purchase. And attendees of the event will receive an Astroworld Cyclone Glider as well as two loading screens for free.

Fortnite also let creators know that it had updated its copyright policies so that creators can make and monetize videos about the event — live or prerecorded — across all platforms from April 23 to May 23. After that 30-day window, however, videos will be demonetized, though no strikes or takedowns should be issued, according to the company. Epic Games suggests that creators use the name ‘Travis Scott’ in the title of their videos to help avoid any undue punishment.

This isn’t the first time that Fortnite has hosted a buzzy in-game event. In Feb. 2019, DJ and gaming aficionado Marshmello hosted a concert inside of the game, which amassed 10.7 million concurrent viewers, an all-time record at the time.

You can check out Scott’s concert in full below: