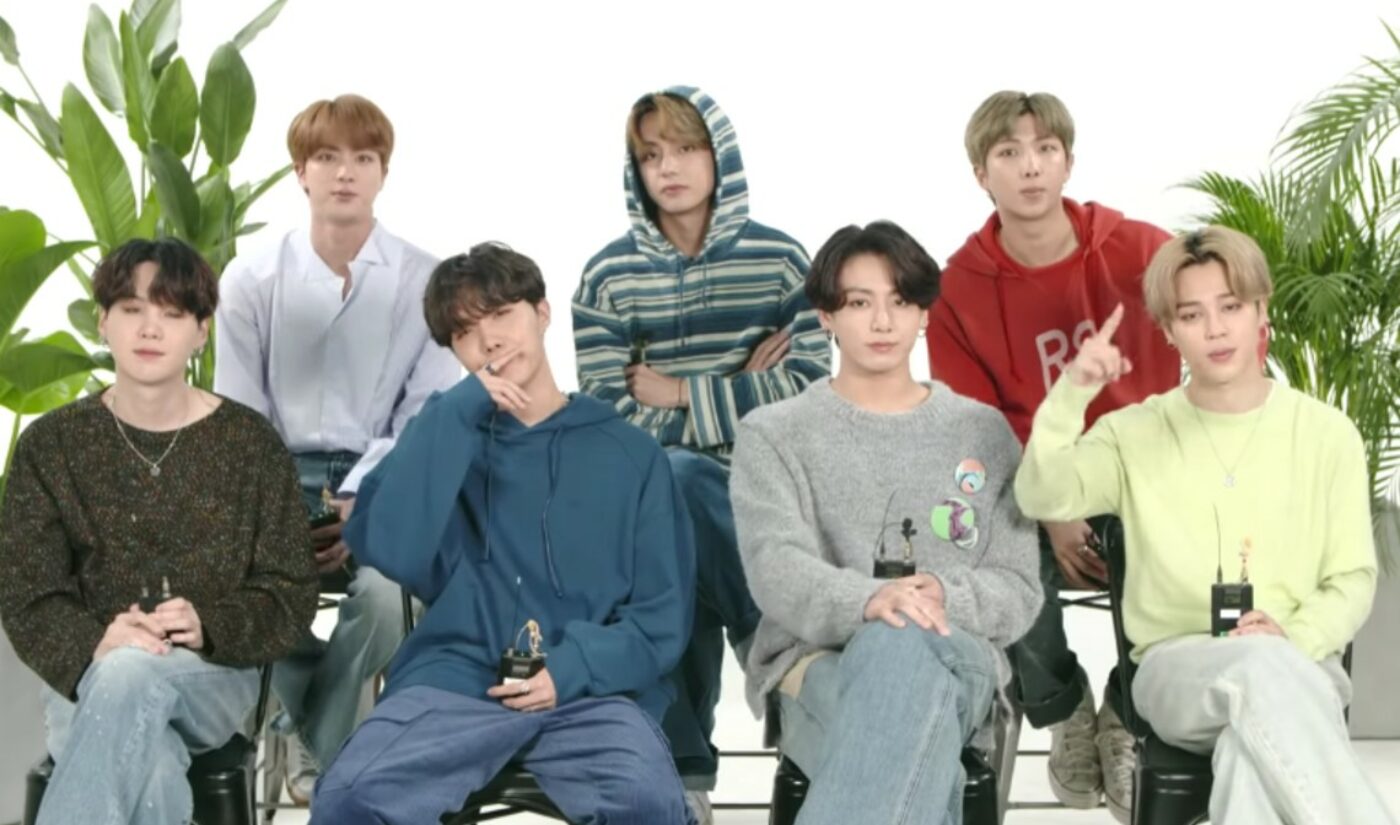 Yet another high-profile music video is set to premiere within Fortnite, which has been increasingly looking beyond its gaming roots to become a fully-rounded entertainment platform.

BTS, arguably the most popular K-Pop band in the world, will premiere an exclusive, choreography-only version of its hit music video for “Dynamite” on Sept. 25 at 8:00 pm ET. The video (teaser below) will drop inside the game’s ‘Party Royale’ mode — a no-combat zone where players can convene with friends or watch other entertainment events. After the premiere, Fortnite will host a virtual afterparty with karaoke.

The deal marks a major coup for Fortnite, given that “Dynamite” is the first song by BTS to be recorded completely in English, and it debuted at No. 1 on the Billboard Hot 100, while also shattering records as the most-viewed music video on YouTube within a 24-hour period — to the tune of a whopping 101.1 million views. Other entertainment events that have taken place within Fortnite in recent months include screenings of Christopher Nolan feature films and trailers, and virtual concerts headlined by Travis Scott and Marshmello.

That said, Variety notes that the BTS music video won’t be available for iPhone users, given ongoing litigation between Fortnite publisher Epic Games and Apple. Apple removed Epic Games from its app store following a quarrel about the 30% cut that Apple takes of all in-app purchases.

“We’re always looking to partner with talented artists who are interested in pushing boundaries and finding innovative ways to reach fans,” Nate Nanzer, Epic Games’ head of global partnerships, said in a statement. “BTS is not only incredibly popular worldwide, but their talent, creativity, and forward-thinking attitude made them a perfect match.”

In addition to the video premiere, Fortnite will vend a special ‘BTS Dynamite Bundle’, featuring two exclusive emotes comprising BTS choreography. (Emotes are cosmetic items that can be purchased by players, allowing them to express themselves on the battlefield, including via dance). The BTS Dynamite Bundle is priced at 800 V-bucks — or roughly $8.