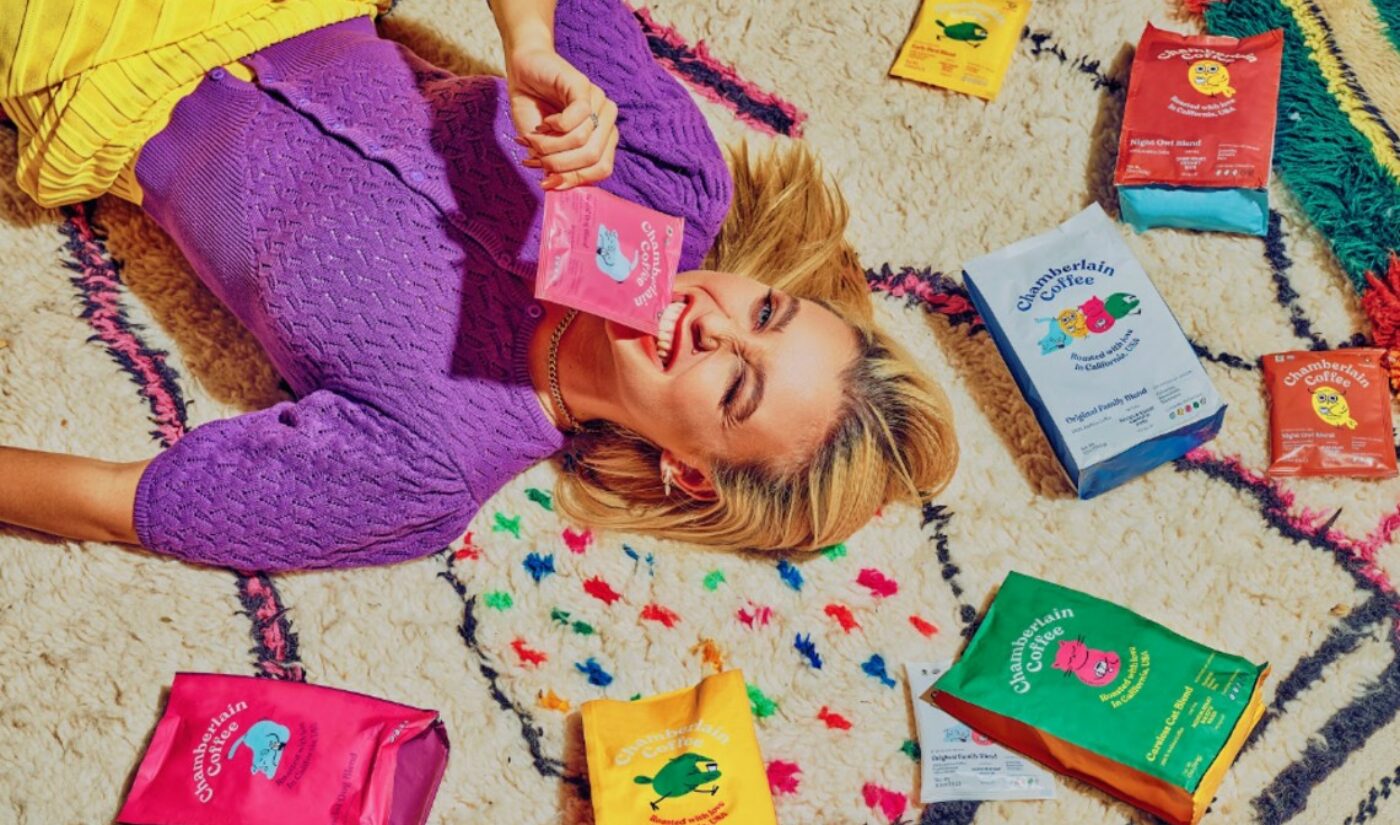 At the end of the month, Emma Chamberlain is set to add a slew of new products to her eponymous coffee brand, which was differentiated at launch by its steeped bags of coffee that consumers could brew like tea.

All Chamberlain Coffee is comprised of organic, fair-trade beans that are sustainably-sourced and roasted in California, according to the company. Each of the new roasts will be available in freshly ground, whole bean, and steeped coffee bag varieties. Whole bean bags, ground bags, and a 10-pack of steeped bags are all priced at $20. Steeped bags will also be available for purchase in a 20-pack ($39) and 30-pack ($58) iterations.

Beyond the new products, Chamberlain Coffee is also set to unveil a brand new look. Chamberlain told Refinery29 that when launching last December, the team had put more effort into the product itself than branding and aesthetics. Now, the company’s formerly colorless and minimalist look has been completely revamped with multi-colored bags (pictured below) and animations depicting each of the animals for which the new roasts have been named. That said, the Chamberlain Coffee logo remains the same.

“We realized down the line that there was a lack of personality in the brand,” Chamberlain told Refinery29. “People loved the coffee and if we change the whole branding, that shouldn’t change things for people who are already fans. It will just make them bigger fans if we do it right. So that was kind of our headspace. It really is like we’re launching a new company in a sense.”

Chamberlain also acknowledged the myriad hiccups that the product hit in getting off the ground, including shipping delays.

“Even when it’s completely out of my control or my company’s control, people come to you and they attack you when you’re the face of it all,” she said. “You just have to learn how to remove yourself from that and keep moving forward…To realize that a rebrand needs to happen and that we might’ve done a few things wrong, to admit that to yourself is tough. But when you do, and you fix those problems, everything comes so easily. It’s putting your ego aside and just doing it.”

In addition to her coffee business, Chamberlain also recently launched an IGTV series called Styled By Emma as well as a paper planner dubbed The Ideal Planner.