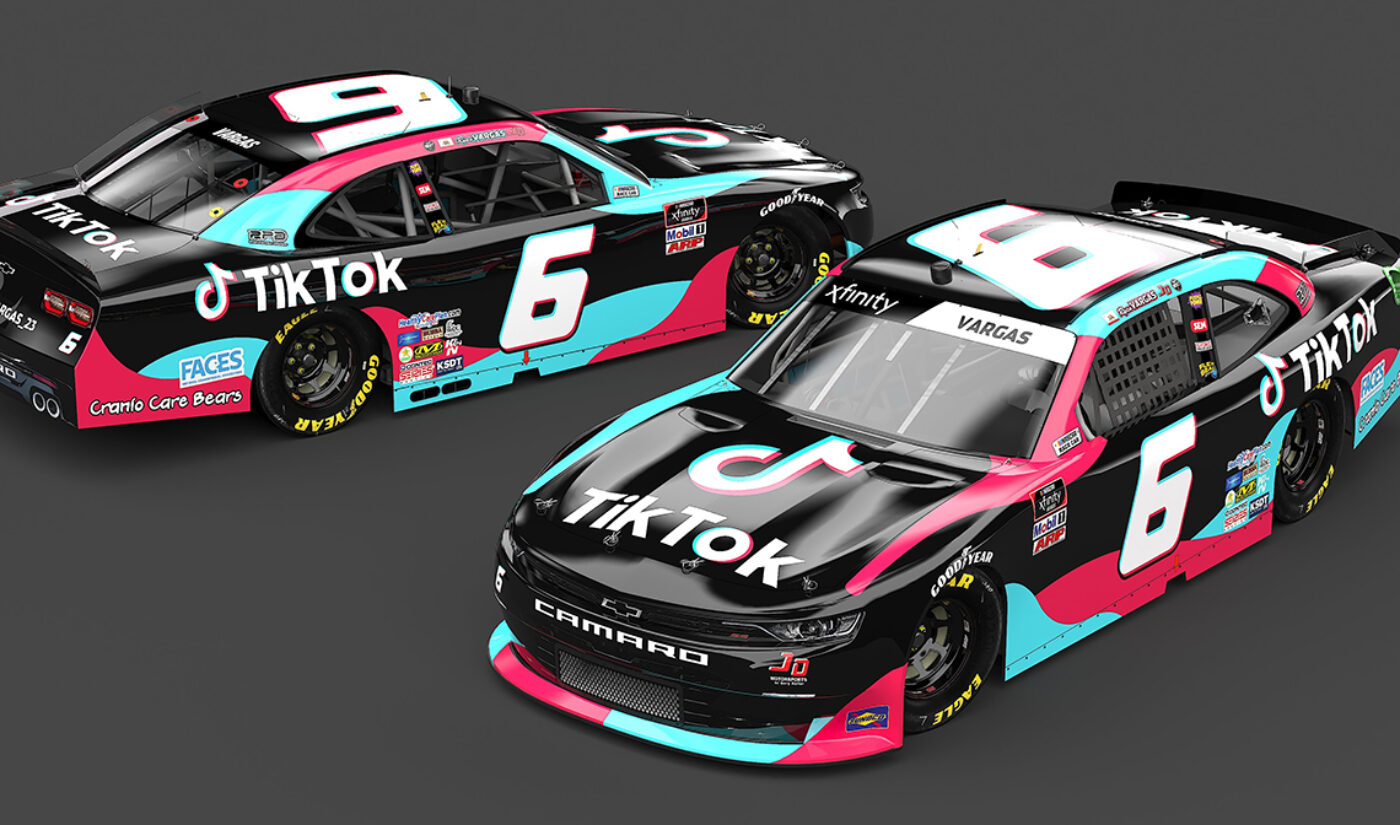 TikTok is ready to race.

The platform will sponsor 20-year-old NASCAR Xfinity driver Ryan Vargas for the remainder of the 2020 season, it announced today. As Vargas’ primary sponsor, TikTok will outfit his team with branded uniforms and his car with a full-body wrap prominently displaying its name and logo across the hood, back end, and flanks.

And, because Vargas is a TikTok creator (41.3K followers), the wrap also displays his account name—@ryanvargas_23–across the back bumper.

Vargas, who began driving the #6 car for Johnny Davis Motorsports last year, joined NASCAR as part of its 2018 Drive for Diversity class. The program sources young, marginalized drivers and puts them to the test in minor leagues like the Whelen All-American Series. Those who perform well can secure places in bigger racing series like Xfinity or even NASCAR’s top stock circuit, the NASCAR Cup Series.

“TikTok has provided me with an incredible outlet to reach new fans and demographics through fun and creative content,” Vargas said in a statement. “The Johnny Davis Motorsports team took a chance on me last year and I’m excited to bring this amazing TikTok partnership their way.”

In its own statement, TikTok noted that Vargas will be outfitted in a Día de Muertos helmet as a tribute to his Hispanic heritage. “In addition to the launch of our Latinx Heritage Month programming, where we’re celebrating and honoring the cultures and contributions of the TikTok Latinx community, this partnership with Ryan Vargas and NASCAR is yet another way for TikTok to show up for and support a young creator from an underrepresented community,” the platform said.

It’s worth noting that this is far from TikTok’s first entrée into the sports world. It recently sealed a multiyear sponsorship and exclusive content deal with the New York Yankees, and last year signed a two-year deal with the NFL.