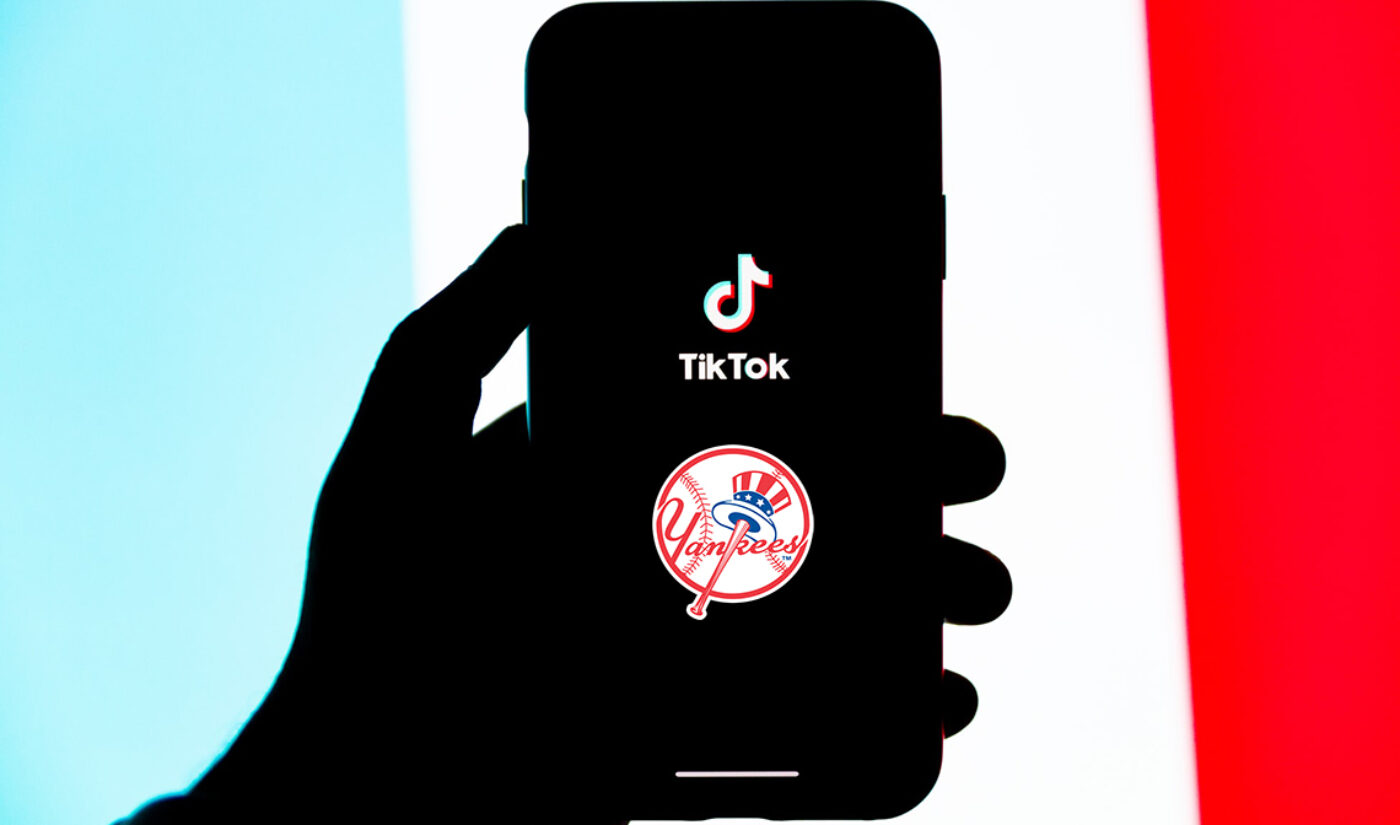 TikTok is tapping into the MLB.

Unlike the NFL, which created a TikTok account as part of signing its own multiyear deal with the platform, the Yankees already have an account. The team has gathered nearly 118,000 followers by posting game highlights, behind-the-scenes bits with players, and clips from fans.

It isn’t exactly clear if or how the Yankees’ future TikTok content–which will be produced by YES Network–will differ from what it already posts. TikTok’s announcement did specifically note that it sees this as an opportunity to bring “the thrill of live sports” to users, so it’s possible uploads and maybe even live streams will focus on disseminating footage of this season’s games to fans who would normally be in the stands. (Yankee Stadium, like virtually every other venue, is closed to crowds because of COVID, though the season is in full swing.)

In a statement, the Yankees’ senior vice president of partnerships, Michael J. Tuiani, said the team plans to use TikTok to appeal to the youths. “We are excited to launch this innovative partnership with TikTok,” he said. “Being able to provide prominent TikTok signage to our audience and engage within TikTok’s popular, forward-leaning platform will undoubtedly generate unique opportunities to connect with our younger fans.”

Per Sportico, the deal is worth $10 million, and took six months to broker. It also includes safeguards against TikTok’s potential ban, as Donald Trump‘s recent executive order will bar TikTok from operating in the U.S. after Sept. 15 if it continues to be owned by Beijing-based ByteDance. If Microsoft or another stateside buyer picks TikTok up by the deadline, or if Trump’s order is successfully challenged in court, the Yankees/TikTok deal will run its full course. But if TikTok doesn’t meet the deadline and is banned, the partnership will expire.

Microsoft has said it plans to close an acquisition within the next two weeks.