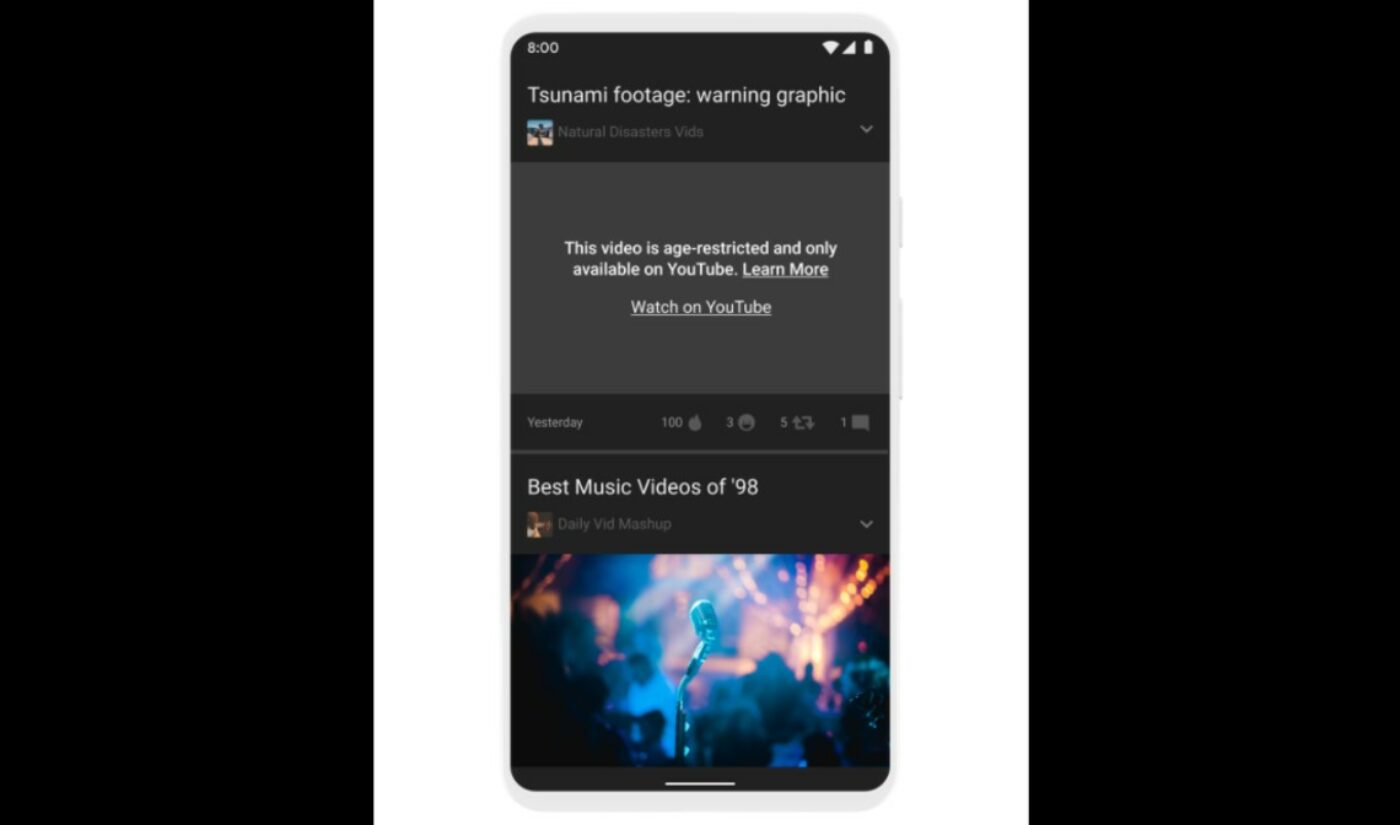 Beginning today, YouTube will roll out three updates with respect to Age-Restricted content — part of an ongoing reliance on machine learning technology for content moderation that dates back to 2017, and in response to a new legal directive in the European Union (EU), the company said.

Age-restricted content is only available to logged-in YouTube users over 18, and includes videos that don’t violate platform policies but are inappropriate for underage viewers. Videos can get age-restricted, for instance, when they include vulgar language, violence or disturbing imagery, nudity, or the portrayal of harmful or dangerous activities. (YouTube has just instituted “minor” changes as to where it draws these lines, the company said, which you can check out in full right here, and which will be rolled out in coming months).

Previously, age restrictions could be implemented by creators themselves or by manual reviewers on YouTube’s ‘Trust & Safety’ team as part of the broader video review process. While both of these avenues will still exist, YouTube will also begin using machine learning to auto-apply age restrictions — a change that is bound to result in far more restrictions across the board.

A YouTube spokesperson described the move as the latest development in a multi-year responsibility effort harnessing machine learning — and a testament to YouTube’s ongoing commitment to child safety. In 2018, the platform began using machine learning to detect violent extremism and content that endangered child safety, and in 2019 expanded the technology to detect hate speech and harassment.

Even with more videos being age-restricted, YouTube anticipates the impact on creator revenues will be minimal or nonexistent — given that videos that could fall into the age-restricted category tend to also violate YouTube’s ad-friendly guidelines and thus typically carry no or limited ads. YouTube also notes that creators will still be able to appeal decisions if they feel their videos have been incorrectly restricted. 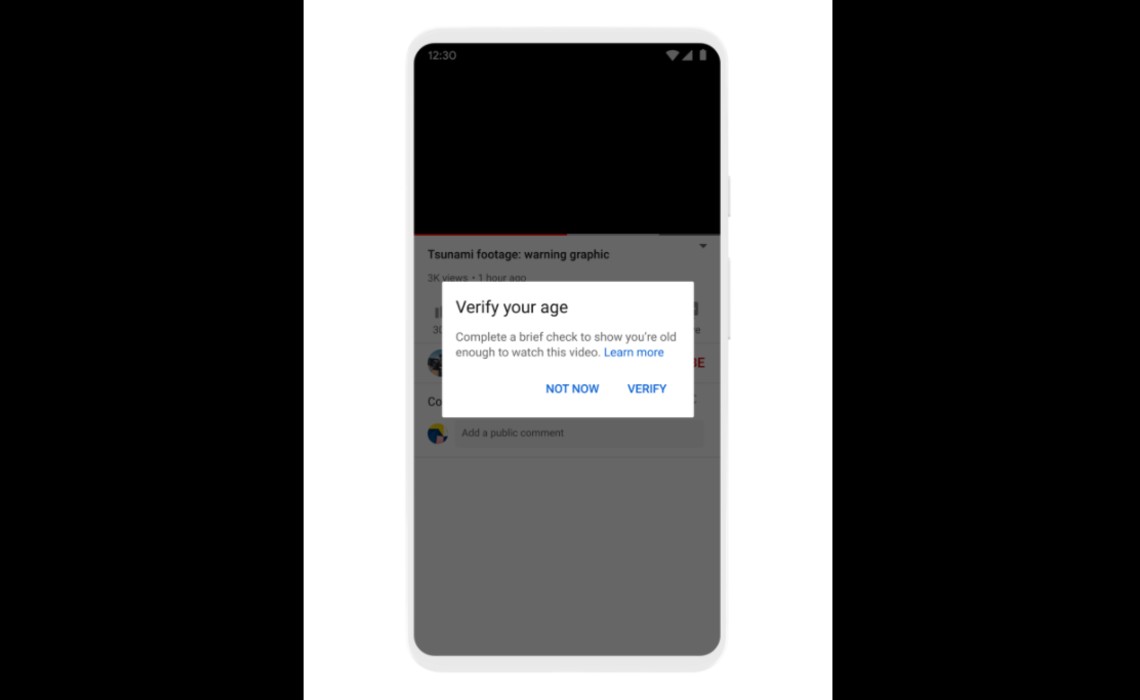 EU users may be asked to provide further proof of age.

In addition to the integration of machine learning, YouTube is also putting a stop to a previous workaround for age-restricted videos — which could be viewed by anyone when embedded on third-party websites. Going forward, embedded age-restricted videos will redirect users to YouTube, where they must sign in to watch, the company said.

And finally, YouTube is instituting new age verification procedures in the EU as mandated by new regulation dubbed the Audiovisual Media Services Directive (AVMSD), which can require viewers to provide additional proof of age when attempting to watch mature content.

Now, if YouTube’s systems cannot verify whether a creator is actually above 18 in the EU, they can be asked to provide a valid ID or credit card number — for which the minimum account-holding age is typically 18 — by means of proof (pictured above). A prompt for additional proof of age could be triggered by different signals — if, for instance, an account predominantly favors kid-friendly content and then attempts to watch a mature videos.

Given the countless forms of identification that exist across the EU, YouTube says that it is still working on a full rundown of acceptable formats. A spokesperson said that all ID and credit card numbers would be deleted after a user’s age is confirmed.