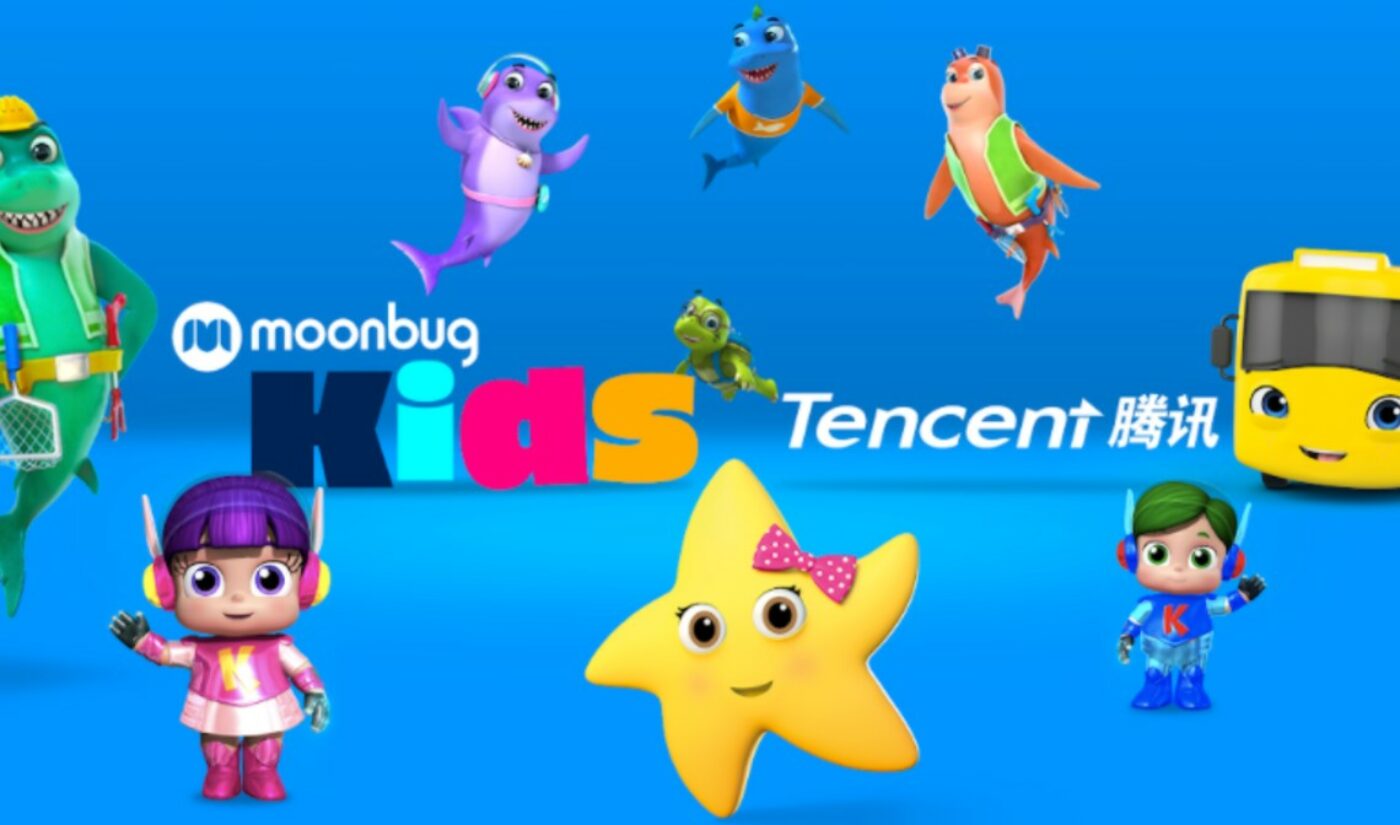 As part of the deal, four Moonbug properties — animated series Go Buster; nursery rhymes channels Playtime With Twinkle; and KiiYii and The Sharksons, an animated series about a family of sharks — will launch this month on Tencent Video in both English and Mandarin. Moonbug develops values-based educational content for kids, it says, that promotes compassion and empathy while teaching fundamental life skills.

“We have experienced a huge volume of global expansion this year, and this strategic partnership with Tencent will further enhance exposure for some of our new and younger brands within the Chinese market,” Nicolas Eglau, Moonbug’s head of EMEA and APAC, said in a statement.