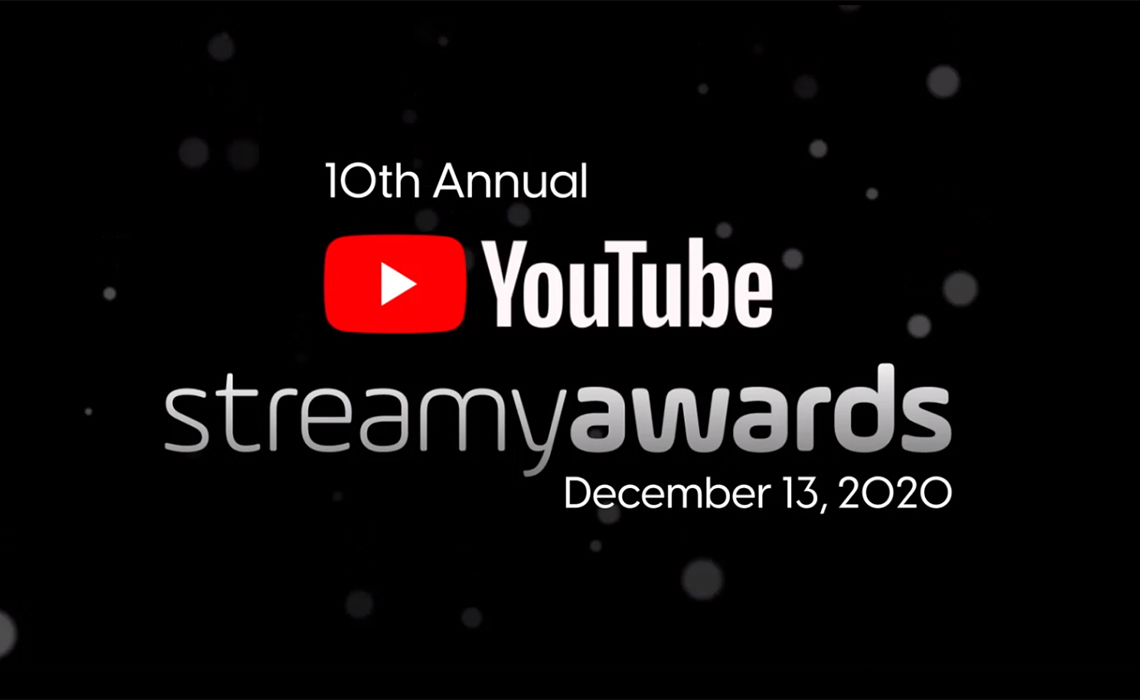 Submissions Are Now Open For The 10th Annual Streamy Awards, Will Broadcast Exclusively On YouTube December 13

Submissions for the 10th annual Streamy Awards are officially open—and free for creators this year.

From now till Aug. 24, submissions will be accepted here for awards in more than 45 categories across three distinct sections: the flagship Streamys, recognizing digital video excellence and the creators making it; the Streamys Brand Awards, giving nods to innovative advertisers; and the Streamys Social Good Awards, honoring companies and creators that use digital video to make a positive impact on the world. This year’s new and updated award categories offer a nod to the circumstances and reality of 2020. They include Live Special and Live Series (for programming featuring live, interactive video), News and Commentary (for content “including archival programs, current events, explainers, reactions, reviews, and recaps”), and Crossover (for a “public figure embracing digital culture and demonstrating best practices”).

To be eligible for an award, content must have been produced for and initially released via online distribution between Aug. 17, 2019, and Aug. 31, 2020. You can see full eligibility, submission, and voting criteria here.

In previous years, the Streamys–which are produced by dick clark productions, Tubefilter, and YouTube–have charged submission fees. But for this year’s awards, it has hooked up with UNLOCKD, Teespring’s new premium creator-brand partnerships program, to waive all fees, making submissions free.

“We understand that 2020 has been a challenging year for our community,” the Streamys said on its website. “We believe that by opening submissions to all, the Streamys can help reach, discover, and recognize more creators than ever before.”

The 2020 Streamy Awards ceremony will broadcast exclusively on YouTube Dec. 13, and will mark its own 10th anniversary as well as YouTube’s 15th anniversary.

Further details about nominations, talent, and this year’s ceremony will be announced at a later date.