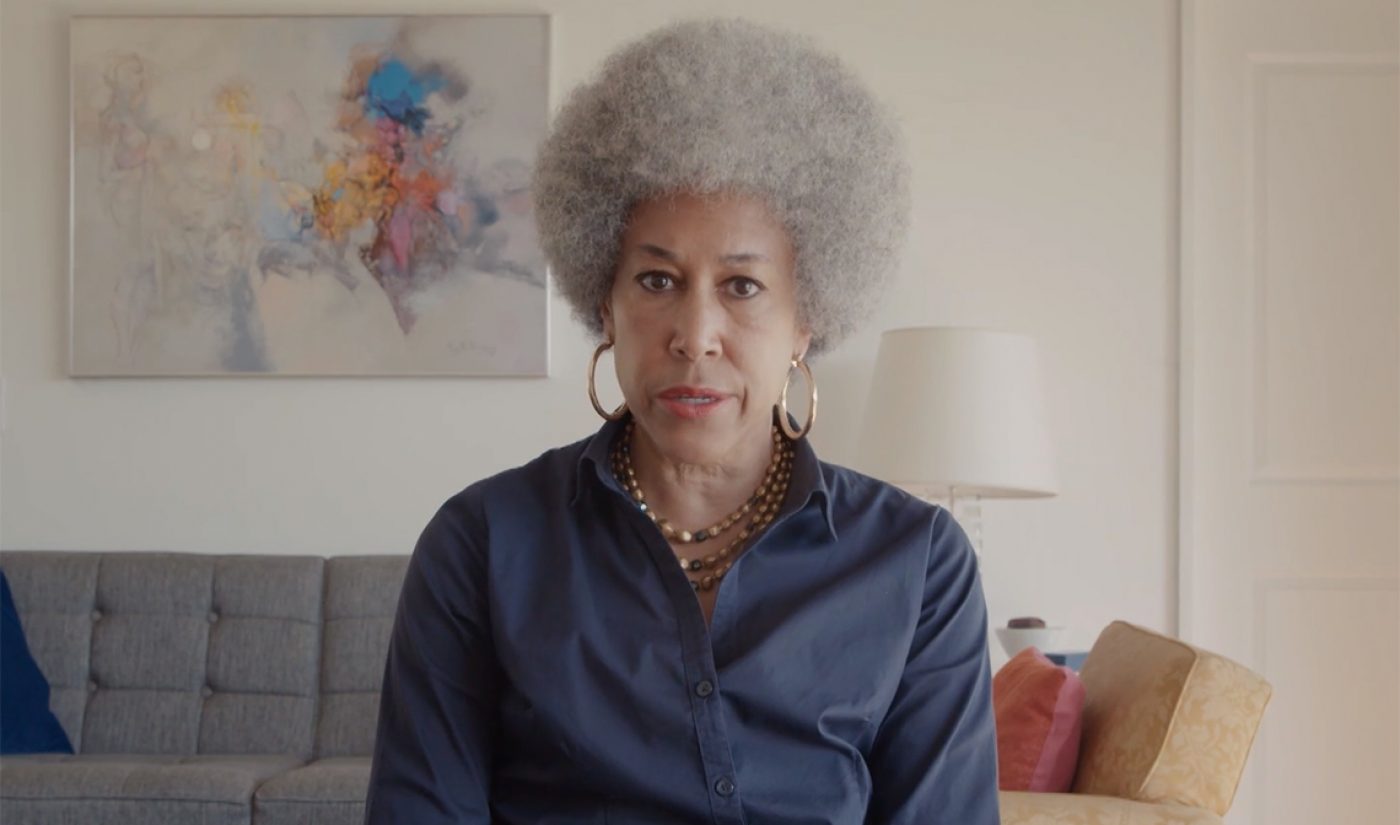 At its NewFronts presentation, Vice Media Group unveiled a number of company developments, including: a new global news division; an audio partnership with podcast publisher/broadcaster iHeartMedia; a slate of TV programming — including Disruptors, featuring longtime journalists Jemele Hill and Cari Champion; and two yearlong initiatives: one that’ll increase coverage of racial inequality across Vice’s verticals, and one working with Gen Z’ers.

It also spent a solid chunk of the presentation calling out advertisers for purposefully blocking their marketing from running alongside stories about Black Lives Matter. Over the last month, CPMs for ads on protest-related content have been 57% lower than CPMs on other coverage, noted Marsha Cooke, Vice Media Group’s SVP of impact.

“In an effort to keep brands away from controversial or unsafe content, the advertising industry has long used third-party vendors to avoid specific keywords, which allows them some control over where digital ads appear,” Cooke said. “But while the industry developed this system with good intentions, it’s now a burden, ensuring brands only appear next to pieces that seem pretty far removed from the national conversation.”

Cooke said that, recently, advertisers have sent Vice lists of supposedly “brand-unsafe” topics that included words like ‘protest,’ ‘George Floyd,’ ‘Black Lives Matter,’ and, in one case, just ‘Black people.’ She did not name the company that requested its ads not run against content about Black people, but said it was a “large entertainment corporation” that sent out a statement in support of Black Lives Matter the same week it sent its keyword list to Vice.

Vice–which used part of its NewFronts slot last year informing brands it would no longer accept ad-blocking keywords like ‘transgender,’ ‘Muslim,’ and ‘fat’–is now asking agencies and brands to do away with keyword lists entirely and use “contextual-based solutions” that simultaneously support marginalized identities and brand safety, Cooke said.

“This is an opportunity to support our fearless colleagues across the industry who are working hard every day by reporting on stories that matter–not just to us, but to the customers you want to reach,” she said.

As for Vice’s content announcements, the biggest of them is the launch of Vice World News, an offshoot of U.S.-based Vice News. It will offer investigative and breaking news reporting from Europe, the Middle East, Africa, the Asia-Pacific region, Latin America, and North America. Coverage will focus on Vice’s core beats: extremism, climate, drugs, privacy, politics, and inequality.

The new division will create digital and TV content, Vice said. Its first four TV programs will be: Border to Border, about borderlands around the world; Reset, focusing on video games like Fortnite that became global phenomena; Fanatics, about “the unorthodox lives and complex motivations” of people involved in cults and other extremist organizations; and The Source, a series exploring various aspects of the COVID-19 pandemic.

As for U.S.-based TV content, Vice is developing Disruptors (working title), a weekly talk show hosted by longtime ESPN anchors Jemele Hill and Cari Champion. Their show will premiere on Vice TV this summer, and will cover a wide range of topics, including sports, politics, pop culture, and business.

Vice also announced its partnership with iHeartMedia, which will kick off this fall with Vice News Reports, a weekly investigative podcast covering top global headlines. As part of the nascent collaboration, iHeartMedia will have first-look rights at publishing future podcasts from Vice, the media group said.

Last but not least, Vice is launching The 8:46 Project and The 2030 Project. The 8:46 Project (a reference to the eight minutes and 46 seconds police officer Derek Chauvin spent kneeling on George Floyd’s neck) is a commitment to expand coverage of systemic racism across Vice’s verticals, including Vice News, Vice Digital, Noisey, Munchies, and Vice TV. The project will last for 12 months, and will involve investigative reports, digital video series, and audio productions.

The 2030 Project is also a one-year initiative. It will pay a group of 12 young people from diverse backgrounds to collaborate on digital, TV, and editorial content about food, fashion, tech, politics, and health that looks forward to where our world could be in 2030.