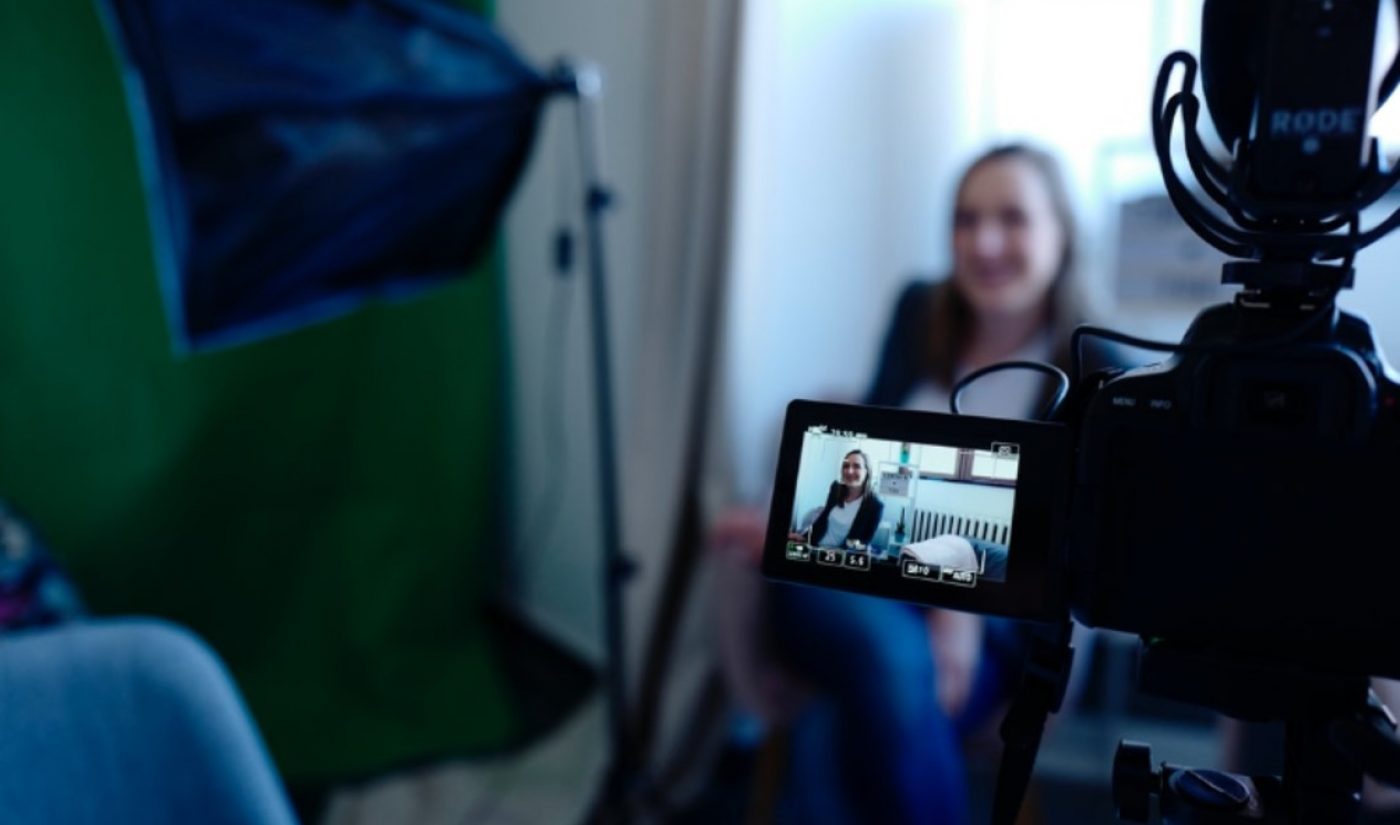 The coronavirus has thrown countless industries into turmoil, and created widespread fears about the economy as a whole, with joblessness claims rising to 3.3 million in just one week, and concern from politicians that a $2 trillion stimulus package may not be enough. But one career path that appears to be in relatively stable shape as of today — given its remote and self-determinative nature, as more and more quarantined citizens consume online content from the claustrophobic comfort of home — is that of the digital creator.

While it’s still early days in terms of how the pandemic will bear down on YouTube ad revenues, we spoke to several players in the space who expressed a relatively buoyed perspective on how creators could fare through the crisis. (For this piece, we decided to focus exclusively on the checks channels take home through their YouTube AdSense earnings — not any of the other myriad ways creators can earn money, like branded content or entrepreneurial ventures).

Matt Levin, the co-founder and CEO of auto-focused YouTube channel Donut Media — which counts 3.2 million subscribers and has recently been clocking upwards of 30 million monthly views — says that CPMs began to drop a not-drastic-but-still-perceptible 15% as of last Monday, and have remained relatively flat ever since. (CPM is a standard industry measurement used by creators that refers to the dollar amount advertisers pay per 1,000 clicks of an ad. Creators in YouTube’s Partner Program take home 55% of all of the advertising revenues that their videos derive — of a grand total of $15.2 billion last year — while YouTube pockets the remaining 45%).

Marc Hustvedt, CEO of YouTube studio FBE — which sees more than 300 million monthly views across its portfolio of channels — concurred that CPMs are down, though for other reasons than one might expect. “We are monitoring auction rates and reserve rates daily,” he said. “So far, while there is a decline in auction rates, this is not necessarily due to advertiser pullbacks. There is a massive expansion in inventory right now with all the increased consumption from everyone staying at home. So, with an auction-based system, this naturally will drive down price.”

(While most YouTube ads are sold via automated auction, the reserved ads that Hustvedt is referring to are vended on top of that marketplace by Google sales reps at a higher CPM. This type of advertising is typically used by premium content purveyors with their own ad sales infrastructures in place, like late-night TV shows — though in the future they might even be sold by creators themselves.)

Meanwhile, some players haven’t noticed any conclusive findings as of yet. “Last week, our team successfully set up remote studios so we can continue to deliver new content to our audience,” a spokesperson for The Young Turks tells Tubefilter. “At this point, we’re continuing to monitor CPMs.”

Eyal Baumel, the CEO of multi-channel network Yoola, which reps 4,000 channels that clock 12 billion monthly views, concurs that CPMs are slightly down. That said, Baumel noted that early losses on the CPM front are being counteracted by a huge increase in viewership — to the tune of 20% to 30%. Some of the categories seeing the highest spikes include news, gaming, food, fitness, and kid’s content. (Yoola reps Nastya Radzinskaya, the six-year-old children’s phenom who clocked over 3.8 billion views last month.)

Therefore, even if ad rates are falling amid economic uncertainty, creators could be making up for the losses — at least in the short-term — with a greater quantity of ads being served across the board.

“The instinct could be to save cash”

Another top digital executive who spoke to Tubefilter on the condition of anonymity pointed out that one key difference between the YouTube ad ecosphere and that of broadcast TV is that YouTube doesn’t exclusively rely on Fortune 500 companies to advertise, and instead makes it possible for a broader range of small business owners to play. This could be a vulnerability, the exec said, as the longer that small business owners are feeling an economic pinch, the more likely they are to cut advertising as an initial cost-saving measure.

In terms of advertisers who have been most impacted at the onslaught of the pandemic, the exec remarked that auto advertisers have pulled out, and that movie studios have also been heavily impacted. That said, in the CPG space, many players are still spending — and even increasing their spend — while the gaming realm is also looking up.

“One of the biggest trends we’ve seen on YouTube in the past two years is the growth of small and medium-sized businesses — like local restaurants, car dealerships, and other service providers — growing as an advertising sector,” Baumel adds. “But if a lot of people become afraid that their businesses cannot operate in this climate, or if they don’t know where things are going, the instinct could be to save cash.”

On the other hand, Levin wonders whether an economic crunch could shift more advertising dollars toward the digital sector — a trend that has been gradually rippling across the media industry over the last decade.

Levin notes that then-nascent digital advertising was one of the first categories that marketers cut amid the 2008 recession. However, roughly a decade later — in a drastically different media landscape — Levin says there’s a case to be made that, in the face of another economic pinch, marketers could rethink their spend and double down on digital. He wonders such circumstances could force the sorts of conversations that marketers may have otherwise been putting off due to the pre-pandemic bull market.

Hustvedt adds that the shutdown of the sporting world could also initiate a massive spending shift. “There’s also a whole slew of ad dollars from live events and sports like the NBA, soccer and the NCAA tournament that are now scrambling to chase consumers where they are at — ad-supported video services,” he said. “This is largely a net boost for Google, Facebook, and Snap. So in the short term, I actually think we’ll see a small bump in video ad rates. Longer-term is anyone’s guess…But for now, I think the world has thrust itself into online video and there is real opportunity to win share from other media.”

What’s inarguable, at this point, is that independent digital creators are vastly more well-positioned than their larger content counterparts in these uncertain times. Major media companies are cancelling all of their productions over the next several months — but many YouTube channels simply need a camera and an internet connection to keep consistent. “In a world where everyone’s stuck in their bedrooms,” Levin says. “YouTubers are a lot more prepared than the Netflixes or Disneys of the world.”

Baumel adds that the long stretches of time that people are spending at home is also resulting in spikes for different mediums, like livestreaming. “We’ve seen a big increase in livestreaming — mainly for gamers, but also musicians, DJs, and vloggers, who are staying at home hosting Q and A’s or having their friends join them during broadcasts — to an extent that we’ve never seen before.”

The emphasis on live also presents the opportunity for different revenue formats beyond traditional ads, Baumel notes, including donations and memberships.

And though Levin says that Donut has not experienced significant viewership growth as of yet — given that auto is more of a niche category and less impacted by marketplace trends — he is encouraged by the possibility that newly-established viewership patterns could persist once the pandemic has come and gone. Particularly if fresh content dries up on streaming services and people realize how relatively shallow the pool is there, Levin says, there could be demographics who haven’t traditionally looked to YouTube as an entertainment platform arrive. And then, the thinking goes, they could become hooked even when the Netflixes and Disneys are back in production.

“It’s hard to feel optimistic — at least on a personal level — but if you look at the industry, there’s a lot of potential for online video creators now and in the months to come,” Levin says. “It’s a storm we have to weather.”