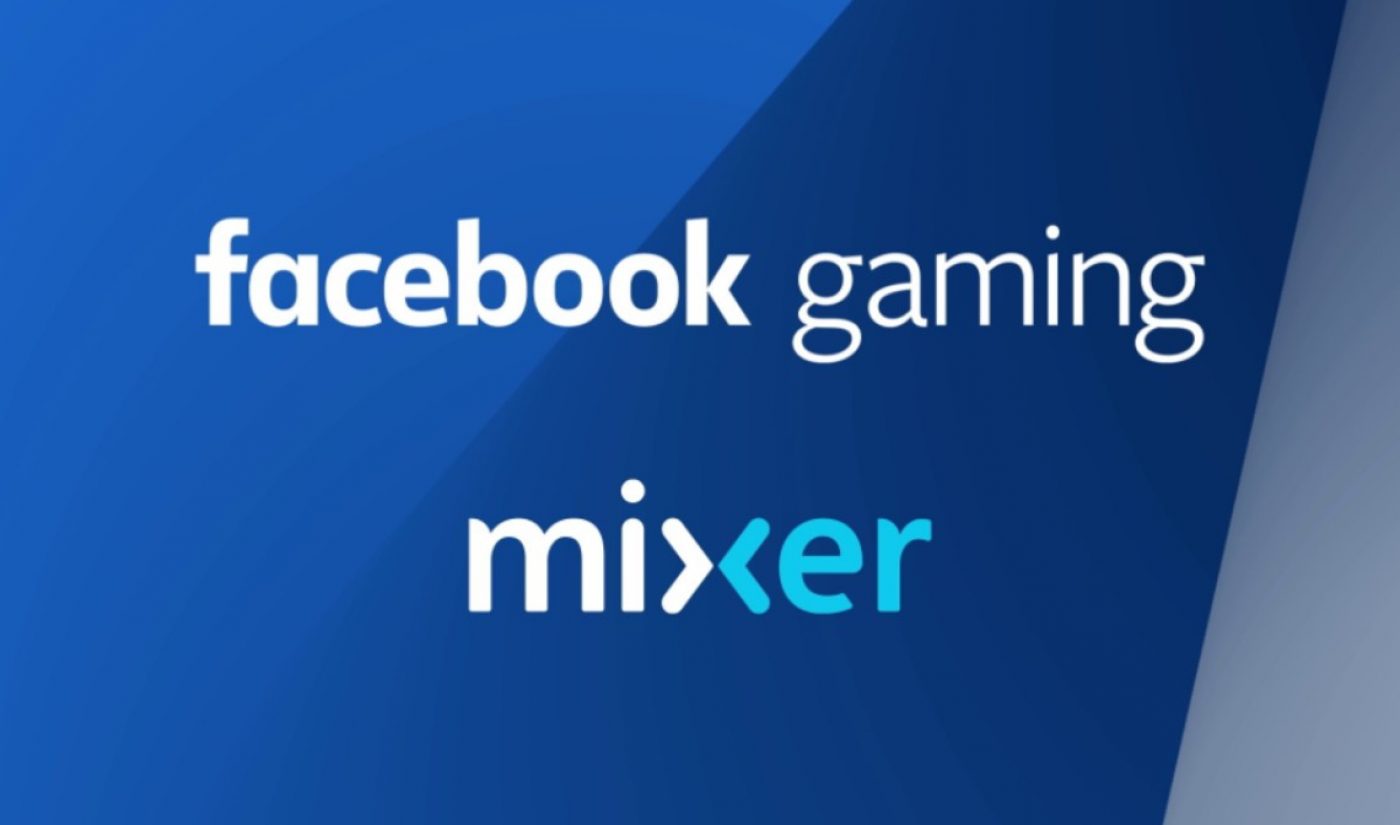 Mixer, the Microsoft-owned streaming platform that made waves in the gaming space after poaching flagship Fortnite streamer Tyler ‘Ninja’ Blevins away from Twitch, is no more.

The platform announced today that it is ceasing operations, and will henceforth work to redirect creators and viewers to Facebook Gaming as part of a newly-inked partnership. This means that after shuttering on July 22, Mixer will redirect to the Facebook Gaming homepage.

Additionally, as far as creators are concerned, Mixer says that all partnered streamers will be offered partner status at Facebook Gaming — with all existing agreements set to be “honored and matched as closely as possible.” (The Facebook Gaming partner program sees creators contractually agreeing to a set streaming quota in exchange for regular paychecks from Facebook). Similarly, creators in Mixer’s monetization program will be eligible for Facebook’s Level Up program — a different, non-contractual designation that gives creators the ability to monetize and furnishes access to other tools.

On the viewer front, Mixer is encouraging users to spend all of their remaining Embers and Sparks — two forms of onsite currency that viewers can purchase to support streamers — throughout the rest of June. Unspent viewer balances will be repaid in the form of Xbox Gift Card credits. (Microsoft also owns Xbox.) Additionally, to ease the transition, Mixer Partners will receive double payment for all of their earnings in the month of June, including income from Embers, Sparks, and channel subscriptions.

No matter where you choose to stream, the world is better with your gaming content in it. As the operations side of @WatchMixer is closing, we are inviting the Mixer Community to #FacebookGaming. More details: https://t.co/fRI2CBlTbZ pic.twitter.com/FVRTF9APVD

In a blog post, Mixer attributed its failure to its inability to scale. “It became clear that the time needed to grow our own livestreaming community to scale was out of measure with the vision and experiences that Microsoft and Xbox want to deliver for gamers now,” the company wrote.

Mixer added that its partnership with Facebook Gaming is “a key part of a broader effort that Xbox and Facebook Gaming are embarking on.” And that for existing Facebook Gaming creators, the relationship will “bring the ability to partner closely with the Xbox ecosystem, including future opportunities around [gaming subscription service] Xbox Game Pass, [console-less streaming platform] Project xCloud, and more.”

Blevins, who has become somewhat synonymous with Mixer, responded to the company’s closure on Twitter, saying, “I love my community and what we built together on Mixer. I have some decisions to make and will be thinking about you all as I make them.”

There has been some speculation that Facebook Gaming sought to onboard Blevins and another top Mixer creator, Michael ‘Shroud’ Grzesiek, though the two — through their management company Loaded — apparently declined. This means that Blevins and Grzesiek are currently free agents, per esports and gaming consultant Rod Breslau.

Sources: Facebook offered an insane offer at almost double for the original Mixer contracts of Ninja and Shroud but Loaded/Ninja/Shroud said no and forced Mixer to buy them out. Ninja made ~$30M from Mixer, and Shroud made ~$10M