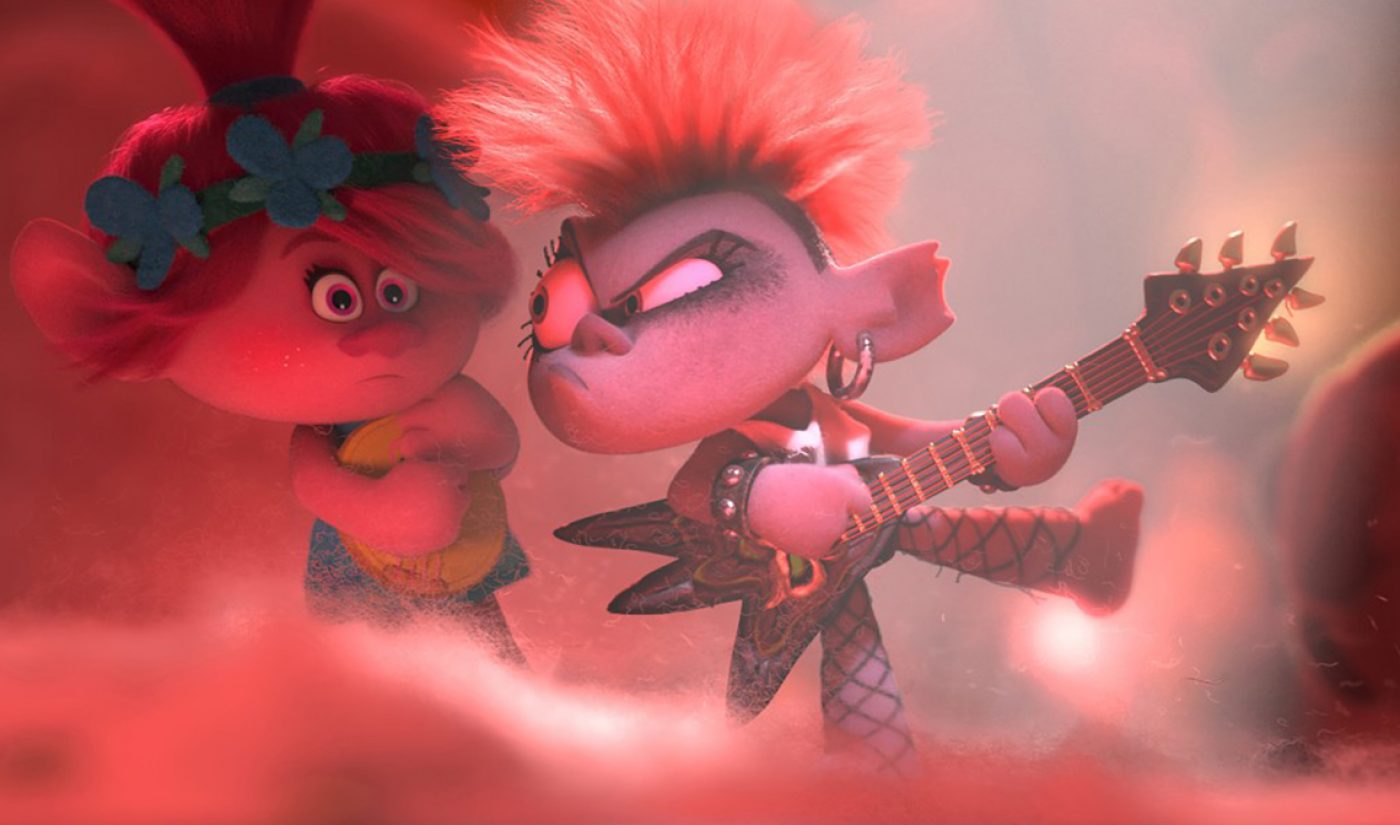 I’ve taken to calling the response to COVID-19 an accelerant, turning up the heat on many simmering trends across culture and business. Nowhere is that more evident than in the shift from traditional entertainment delivery to streaming video.

Netflix, for instance, just announced Q1 numbers, including nearly 16 million new subscribers, up almost 10% on what already was a very large number. Importantly, the first quarter includes only about three weeks of lockdown–so basically, as soon as quarantine and isolation hit, people flooded Netflix.

More complicated is the escalating fight between movie theaters and the studios that supply them with new films. The two sides have quietly jostled for more than a decade over shrinking the time between when a film debuts in theaters and when it can be available through “home entertainment” platforms.

The studios want to compress that period, to maximize the tens of millions of marketing dollars they spend on every film. The theaters say that shrinking their exclusive window to less than 90 days is an existential threat. Accordingly, the big theater chains refuse to show movies that simultaneously are available on other platforms.

Their steadfast refusal even carried over to Netflix’s 2019 and 2020 Oscar contenders. Even though the streamer changed long-held policy and gave short theatrical-only runs to films from big-name directors such as Martin Scorsese, Alfonso Cuaron, and the Coen Bros., most big chains still refused to screen them.

The fight was stalemated.

Then the pandemic hit.

Now, theaters are closed pretty much everywhere, and have virtually no leverage until they can begin operating again. Though theaters are set to reopen in No. 2 film market China as soon as July, it’ll be more piecemeal in the United States, the No. 1 market. In California, for instance, Gov. Gavin Newsom said it may be many months before theaters can reopen. And large majorities of survey respondents say they won’t go back to theaters until there’s a widely available vaccine for COVID-19.

So studios are experimenting with premium video on demand, or PVOD, to get their movies seen. Want to rent that just-released film online? You can, for 48 hours and about $20. That’s about double the average U.S. movie ticket price, though not much more than you’d pay in Los Angeles for a Saturday night seat at an upscale theater.

So, kind of a deal, especially if you have a whole family to entertain. And “Deal!” is apparently what lots of families thought when Universal put the kid-friendly animated sequel Trolls World Tour on PVOD. It proved a lucrative hit, generating about the same net revenue through PVOD that the original Trolls had cleared with a traditional theatrical release. (The studio keeps about 80% of PVOD revenue, and only half of theatrical box office.)

The outcome was promising enough that NBCUniversal CEO Jeff Shell crowed about it, perhaps a bit too loudly for his own good. He told the Wall Street Journal: “The results for Trolls World Tour have exceeded our expectations and demonstrated the viability of PVOD. As soon as theaters reopen, we expect to release movies on both formats.”

AMC, the country’s biggest theater chain, promptly fired off a letter that said “effective immediately AMC will no longer play any Universal movies in any of our theaters in the United States, Europe or the Middle East.”

Furthermore, wrote AMC chairman and CEO Adam Aron, the policy “extends to any movie maker who unilaterally abandons current windowing practices absent good-faith negotiations between us, so that they as distributor and we as exhibitor both benefit and neither are hurt from such changes.”

AMC is also part of China-based Wanda Group, the world’s largest theater operator, with more than 15,000 screens and plans to build many more. Losing access to all those screens could be painful for Universal or any other studio. (Later in the week, No. 2 theater chain Cineworld, which owns Regal, joined the threatened ban.)

But while AMC is no doubt very serious, it’s less clear how much leverage it truly has.  For one thing, the company faces significant financial challenges. It closed all its theaters on March 17 for at least six to eight weeks, furloughed nearly all its employees (including Aron), and saw its credit rating plummet because of its high debt load and slowdown of income caused by the pandemic.

Even in states beginning to restart their economies, theaters are one of the most problematic businesses. They’ll likely open at no more than 25% to 50% capacity, with potentially expensive changes in isolated seating, protective gear for workers and audiences, and time-consuming new cleaning protocols. They’ll have to replace many former low-wage employees, and retrain those still around for new protocols.

Even worse, what will the theaters show on their screens? Many blockbusters are being delayed for months or even into next year. There are some exceptions: Disney still plans to release the live-action Mulan remake in July, and Warner Bros. still plans to release Tenet, the next big action film from Oscar-nominated director Christopher Nolan (The Dark Knight trilogy, Dunkirk, Inception, Memento). How both perform will be closely watched.

So, if there aren’t many big movies to see, tickets will be scarce, and if the experience won’t be particularly great–or possibly even safe–who’s going to go?

Theaters face fallout from broader issues, too. What about the zombie malls where many theaters are located? How many will survive what was already a franchise-killing “retail-pocalypse” even before the pandemic emptied the joints?

One need look only at the Westside Pavilion in West Los Angeles to peek at this future. Long a high-end mall with a terrific Landmark Theater and related restaurant at one end, it’s now been sold off and gutted to become still more office space for Google‘s ever-expanding Los Angeles presence. The theater and restaurant remain in place, for now, but who knows what their future is.

Hollywood, meanwhile, is adapting. Both the Oscars and Golden Globes have modified their rules, removing requirements that a movie have a theatrical run in Los Angeles to be considered for their awards.

Art houses, meanwhile, are opening “virtual cinemas,” offering online, for-pay screening rooms curated by their operators’ specific tastes. That’s a way through social distancing and omnipresent streaming for at least one corner of exhibition. Small films that depended on art houses and festivals to get seen and sold might actually have a new opportunity beyond the extremely limited theatrical runs too many of them get.

Meanwhile, Universal is hardly defenseless before AMC’s threat. It’s part of globe-girdling media giant Comcast, which provides cable and internet services to about a quarter of the U.S. population. That’s one powerful distribution channel for the company’s future features. In Europe, Comcast now owns Sky, the big satellite TV provider and programmer with about just as many subscribers, and another powerful distribution channel.

And among other recent moves, Universal just soft-launched its Peacock streaming service to broadband subscribers for Comcast and some other cable providers, with a wide launch coming in July. Expect to see more of Universal’s smaller projects debuting there anyway. Comcast also just bought prominent ad-supported video-on-demand service Xumo.

None of these is the same as seeing a movie in a theater. But after millions of people have become comfortable using streaming to watch all kinds of movies, and particularly after many of them have invested in improved screens, audio systems, and more, will Comcast and NBCUniversal really be at a big disadvantage?

What happens if other big media companies also decide to send more of their films to PVOD? They’d quickly be in a position to dictate terms to what almost certainly will be a smaller and badly wounded theatrical sector. It would be an epochal change, but one that’s been building for many years before the pandemic accelerated everything.

It’s way too soon to make any predictions. But if I were you, I’d reconsider buying any stock in movie theaters.