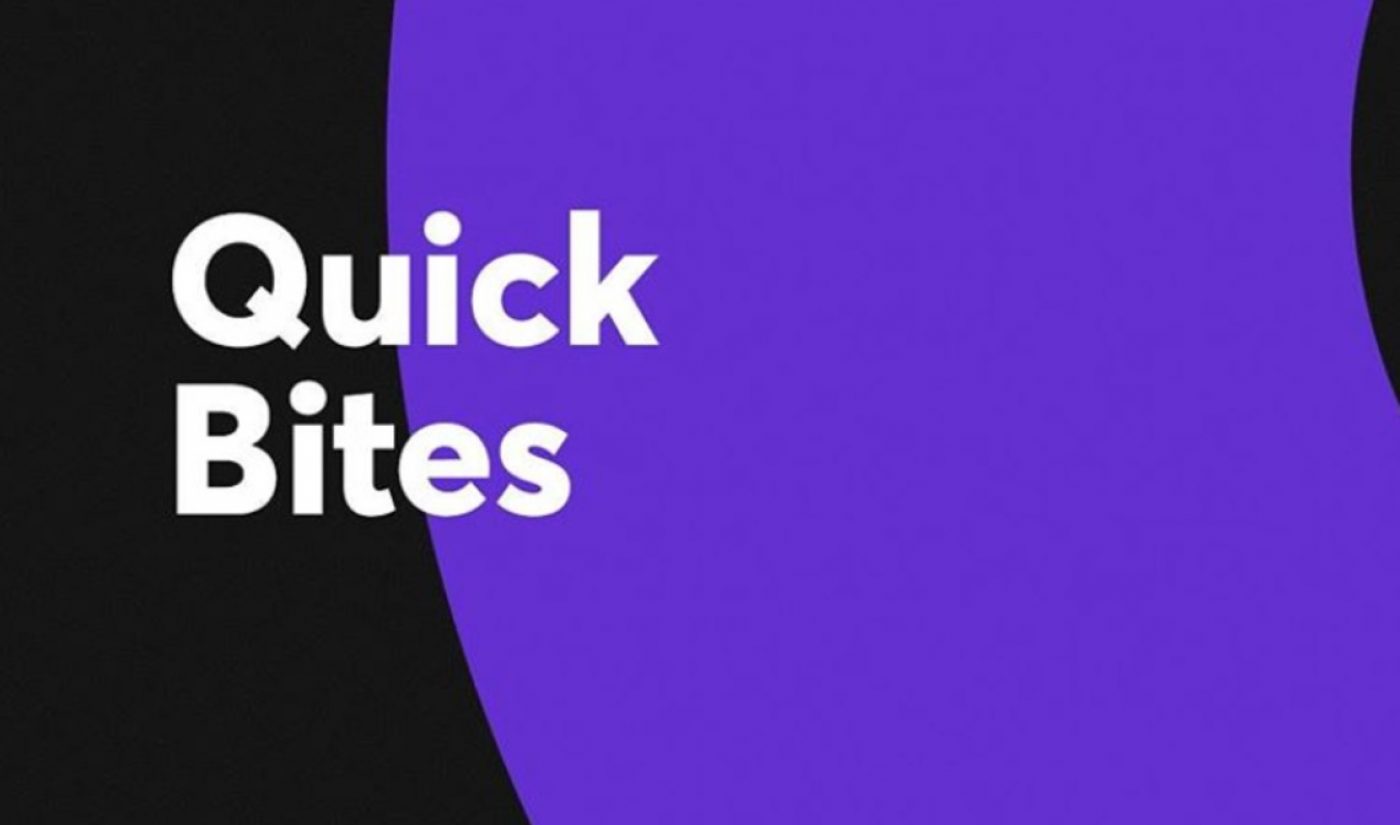 Quibi may be off to an inauspicious start.

Jeffrey Katzenberg’s shortform, mobile-only streaming service debuted April 6, and that 24-hour period, it was downloaded 300,000 times in the U.S. and Canada, according to data from analytics firm Sensor Tower.

That’s just 7.5% of the 4 million U.S.- and Canada-based downloads Disney+ received when it bowed Nov. 12, the firm said. (Disney+ went on to glean 22 million downloads in its first month.)

To be clear, 300,000 users is nothing to sneeze at, but Quibi and the investors who gave it $1.75 billion in funding have put a lot of effort into baiting potential users. While Disney+ offers a fairly standard seven-day free trial, Quibi is offering new users a very lengthy 90 days of watching its “quick bite” content for free. If users are T-Mobile customers, they get even more: a full year of free service. That means on launch day, no user had to put up payment for a $5 (with ads) or $8 (ad-free) monthly subscription.

Free access aside, Quibi has spent the past year announcing splashy deals with luminaries like Chrissy Teigen, Jennifer Lopez, Steven Spielberg, Guillermo del Toro, Idris Elba, Megan Rapinoe, and Reese Witherspoon. It’s similarly snapped up the rights to reboot and/or revive beloved TV shows and films like Punk’d, Singled Out, Reno 911!, and How to Lose a Guy in Ten Days. It’s pouring up to $6 million per minute into produced content, and is spending an estimated $470 million on its first year of marketing.

Those 300,000 downloads were also potentially bolstered by the launch site Quibi opened in March. It let users sign up for free trials early, and that could’ve had the effect of “effectively front-loading a significant number of downloads into its launch day,” Randy Nelson, Sensor Tower’s head of mobile insights, told Variety.

So, why the stark difference between Quibi and Disney+? The Mouse House’s service has a huge library of nostalgic films and series, plus modern fandom-favorite draws like the Marvel Cinematic Universe and Star Wars. Quibi, on the other hand, is mostly starting from scratch. It has a packed content schedule, with 51 shows/films already live and around 125 more to come in its first year of operation–but the majority of them are new to consumers who are spending more time than ever on familiar video platforms like Netflix, YouTube, and Twitch.

Another key aspect of Quibi’s service may have been offputting to users: When Quibi says “mobile only,” it really means mobile only.

Quibi has always said its content is meant to be watched only on smartphones. A core part of its app is its Turnstyle feature, which detects the orientation of a user’s phone as they’re watching, then flips videos accordingly and adjusts the width of its camera shot. This kind of tech isn’t available on TVs or computers; therefore, neither is Quibi. Unlike many other streaming services, it only offers iOS and Android apps–nothing for connected-TV devices or browser viewing.

It’s so committed to making sure users are watching via smartphone that it has shut off their ability to cast Quibi content onto other screens, Vulture reports. Many apps allow people to, using Bluetooth capabilities, mirror what they see on their phone to their TV or laptop for others to watch with them. When Quibi launched, users quickly noticed this function isn’t available, and took to social media to air their grievances.

I thought @Quibi would at least AirPlay to @AppleTV, but I can’t even get it to mirror my iPhone screen. Is this just me or the intended restriction of the app? Content looks cool, like the ten min bite size chunks, but would prefer to watch on the the couch on the big screen.

Yes, Quibi is truly a waste of $1.75 BILLION. Here’s my hands-on/takedown/cathartic vent https://t.co/zahXSffCcb The big takeaway: Nobody needs mobile only video. Please stop.

Watched a few episodes of stuff on Quibi and while I love the quality of the content and the responsive video, there’s no way to screen mirror. How are couples/families supposed to watch anything together??

First #Quibi complaint: You can’t Airplay mirror your phone to your TV. It just shows a weird, buggy, static image. YO @Quibi! I know you’re weirdly obsessed with being mobile, but I’m sitting on a couch with a 75” TV in front of me. How about the OPTION of using it? pic.twitter.com/NzSz6Ura3m

Katzenberg previously said that Quibi isn’t allowing mirroring because Quibi “wants to do one thing which no one else is doing and see if we can do it really great.” (He and CEO Meg Whitman have also said multiple times that Quibi is not a competitor for oft-watched-on-TV services like Netflix and Hulu.)

Quibi also intends for viewers to watch its content in short bursts, one bit at a time, while they’re on the go or between tasks. That expectation may be behind the other launch day issue the service experienced–an hourlong outage that prevented users from signing up or accessing content. Quibi told The Verge it load-tested the app to prepare for an influx of new users, but said it thought users might be gumming up the system by binge-watching more than usual due to the COVID-19 pandemic.

Quibi is currently trending at No. 2 in Apple’s App Store.