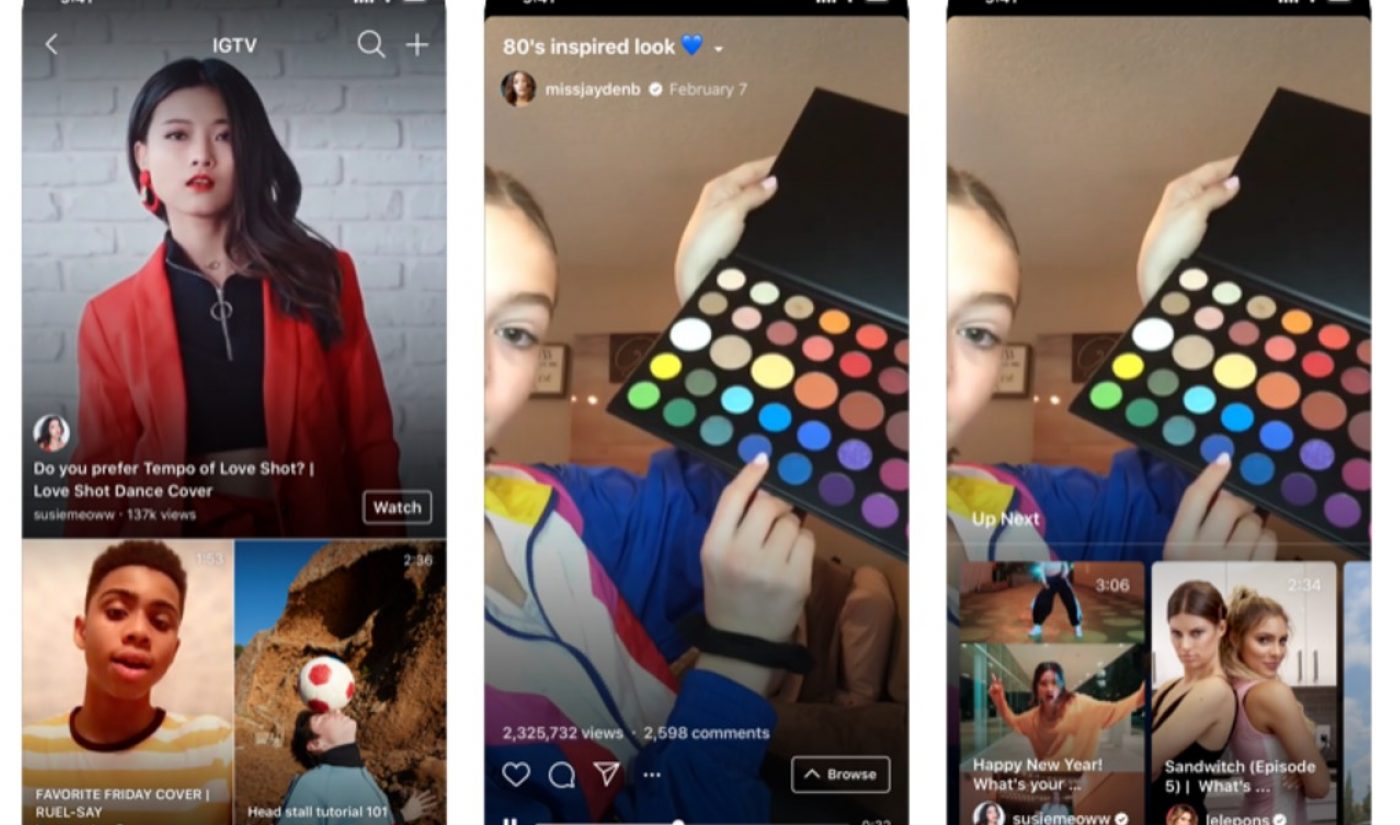 Instagram is removing a shortcut button at the top right of its flagship app interface that takes users to the IGTV video hub, which is dedicated to longer-form, episodic content. Of course, IGTV content can still be consumed on the flagship Instagram platform, as well as via a standalone app.

That said, the IGTV app has received relatively paltry downloads since the launch of IGTV in June 2018, according to a study that Techcrunch commissioned by Sensor Tower. According to the outlet, only 7 million of Instagram’s billion-strong users have downloaded IGTV since its launch 18 months ago. For comparison’s sake, TikTok has received 1.2 billion downloads in that time. In the U.S., IGTV clocked 1.1 million downloads over the same period, whereas TikTok has amassed 80.5 million.

“As we’ve continued to work on making it easier for people to create and discover IGTV content, we’ve learned that most people are finding IGTV content through previews in feed, the IGTV channel in Explore, creators’ profiles, and the standalone app,” an Instagram spokesperson told Techcrunch. “Very few are clicking into the IGTV icon in the top right corner of the home screen in the Instagram app. We always aim to keep Instagram as simple as possible, so we’re removing this icon based on these learnings and feedback from our community.”

Perhaps one reason IGTV has been slow to catch on, notes Techcrunch, is the fact that a broad monetization model has yet to be implemented — via ad share a la YouTube, Twitch-style tips, or Patreon-esque subscriptions. That said, Instagram has funded production costs for a few high-profile celebrities — so long as their content doesn’t touch on politics or social issues.

At the same time that it has done away with the IGTV shortcut button, Instagram has added a new option for creators to post IGTV videos right from the main Instagram feed, per AdWeek, which is the same way that other content is uploaded to Instagram.