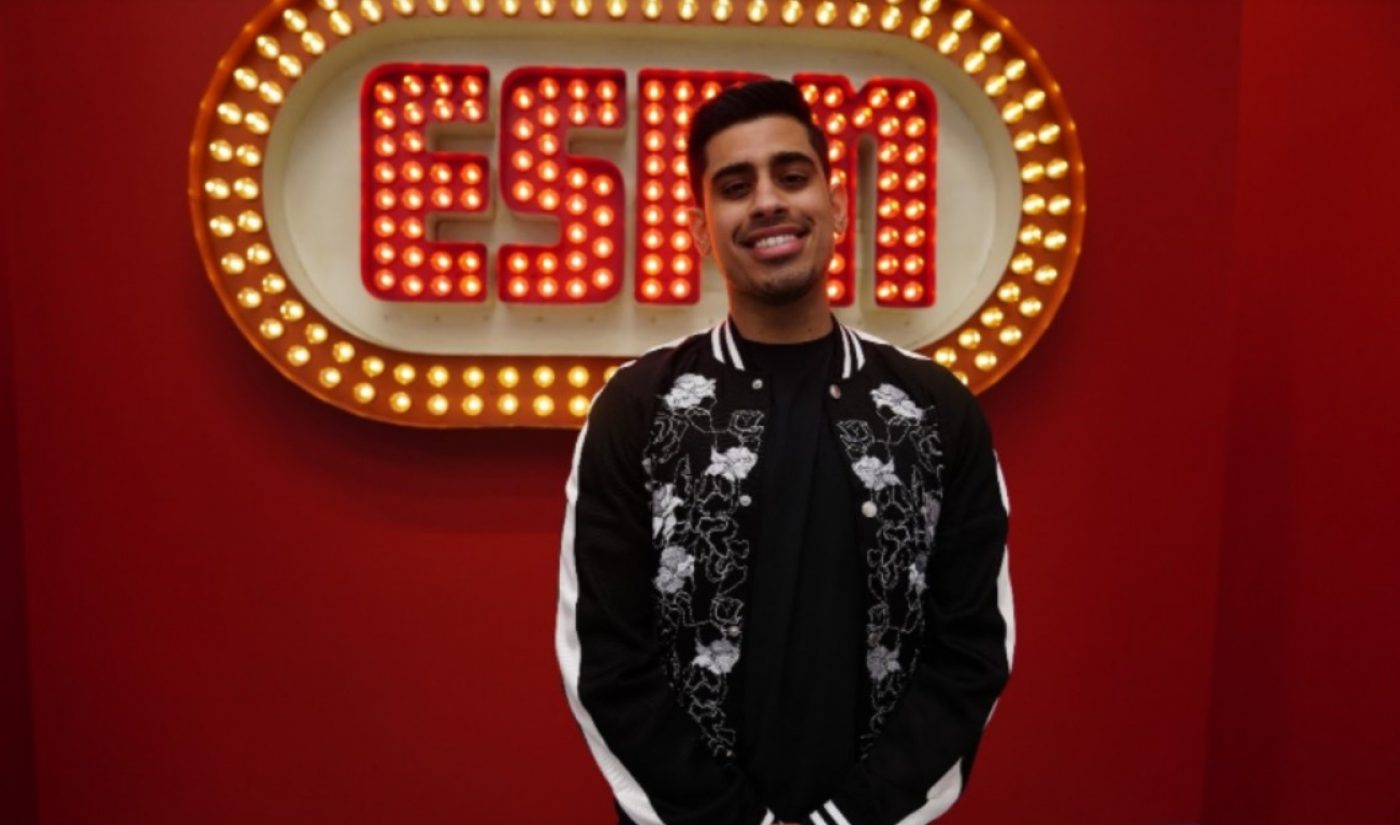 The illustrious sports broadcaster has hired the 25-year-old Instagram entrepreneur behind House Of Highlights — a five-year-old account that shares clips of top athletes, noteworthy plays, and other viral moments with 15.4 million followers. House Of Highlights was acquired by the WarnerMedia-owned digital sports property Bleacher Report in 2015.

At ESPN, Raja will serve as a digital and social content commentator, and also devise social programming strategy. His first appearance on the network is slated for next Monday, where he will co-host Countdown To The CFP Championship — a pre-game show for the College Football Playoff. Raja will be joined at ESPN by a four-person team of to-be-announced content specialists that will also work alongside ESPN’s existing digital team.

At ESPN, Raja will also serve as the main voice of the company’s SportsCenter Instagram account, which counts 15.2 million followers, and co-host the network’s new NBA pre-game show Hoop Streams alongside Chiney Ogwumike and Christine Williamson. Hoop Dreams — which will focus on culture and viral moments in basketball — will stream live on Twitter, YouTube, and the ESPN app weekly, beginning Jan. 15. All told, ESPN execs told Variety that Raja will help develop strategy for hundreds of new live shows that the company is currently readying for the aforementioned platforms, as well as Facebook.

“[Raja] will join us in a multi-faceted role focused across the board, not just a single platform,” Ryan Spoon, SVP of digital and social content at ESPN, told the outlet. “It includes our own platforms, but he will also think about new content, new voices, and ways to deliver content to our evolving properties.”

Variety notes that the hire marks a major move for ESPN — which predominantly relies on cable and satellite distribution — to tap into a younger demographic as linear viewership continues to wane. To this end, the company has recently experimented with mobile telecasts during the NBA Finals, as well as an iteration of its flagship Sports Center series that exclusively airs on Snapchat.