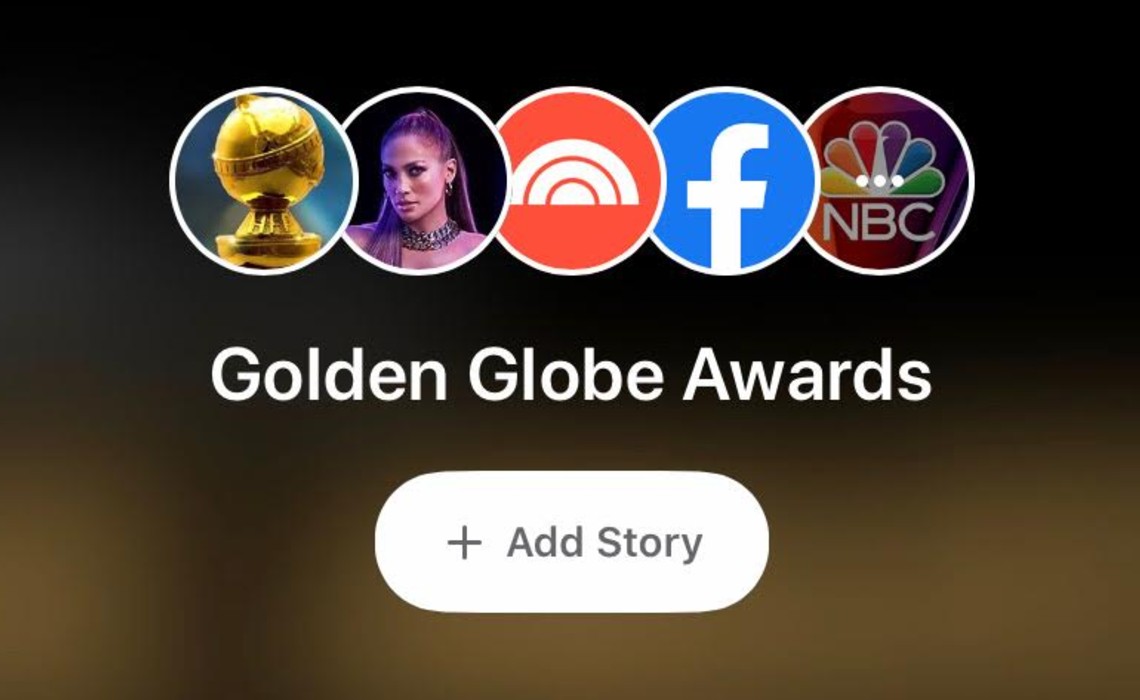 Facebook took no less an exciting opportunity than the 77th Annual Golden Globe Awards to test drive one of its new features: Collaborative Stories.

Collaborative Stories enable multiple Facebook Pages to contribute to the same Story during big-ticket events. The Globes’ Collaborative Story, for instance, involved 20 Facebook Pages belonging to nominees, presenters, red carpet pre-show hosts, distributor NBC, and the Globes themselves — in order to source myriad perspectives in the same place for viewers around the world. While Collaborative Stories launched in September 2019, this marks the first time that the feature has been trotted out during an awards show.

“We’re thrilled to expand our relationship with [Golden Globes producer Dick Clark Productions and the Hollywood Foreign Press Association] this year,” Sibyl Goldman, Facebook’s VP of global entertainment partnerships, said in a statement. “Not only were fans able to watch the red carpet live on Facebook, but they could also enjoy exclusive moments throughout the evening from a variety of presenters and nominees all in one place.”

Speaking of the red carpet, the official Globes pre-show streamed for the third consecutive year on Facebook, where it nabbed 3.8 million views this year on Facebook Watch — 1 million more views than last year. The pre-show was hosted by Jonathan Bennett, Sofia Carson, AJ Gibson, Jeannie Mai, Scott Mantz, and LaLa Milan — all of whom contributed to the Collaborative Story as well.