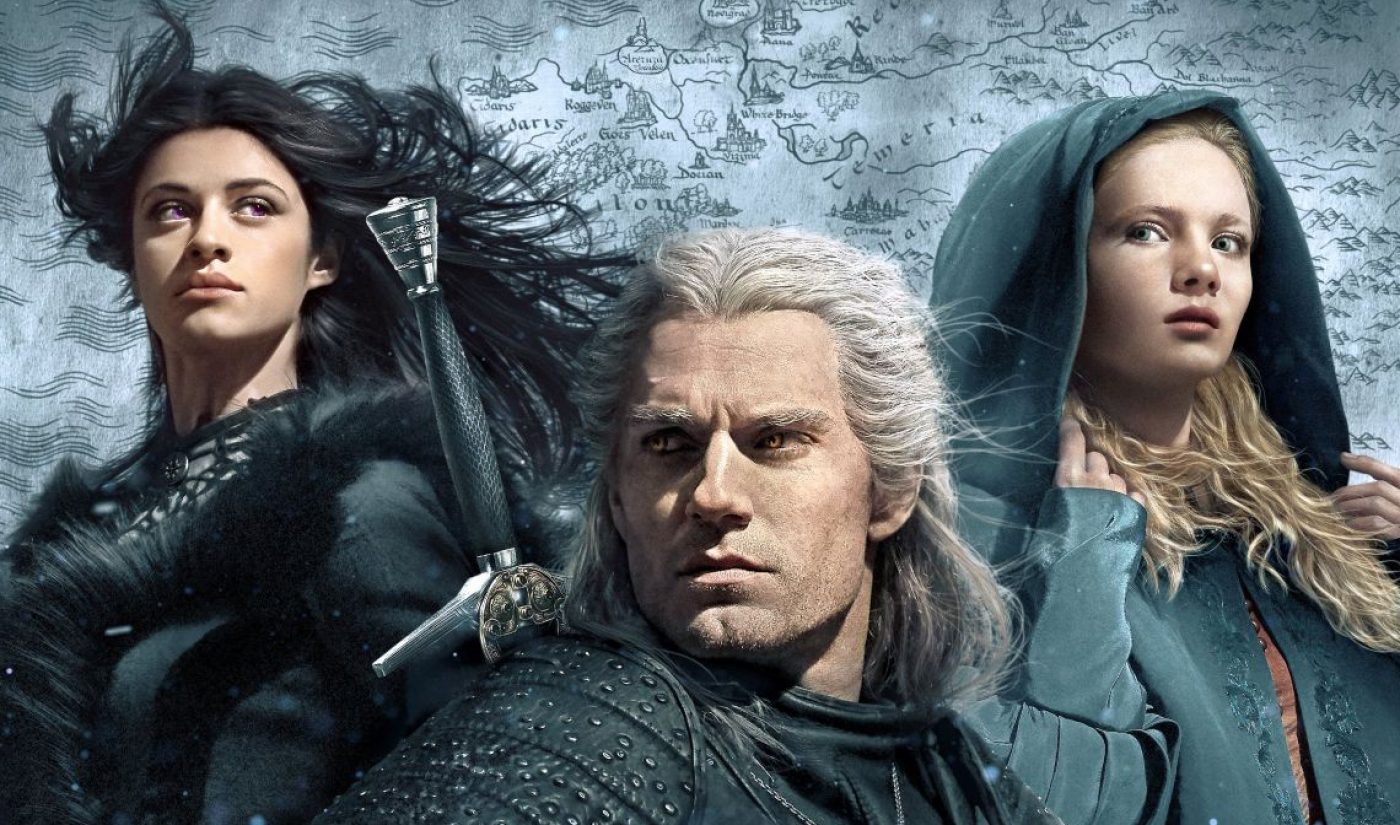 Netflix’s Henry Cavill-starring fantasy epic The Witcher is its No. 2 most popular series of 2019, despite debuting just a week ago.

That’s according to the 2019 edition of the streaming service’s annual year-in-review lists, released this morning. Per usual, Netflix simply published lists of titles without revealing any metrics behind the rankings; however, a spokesperson told Variety the streamer determines a property’s position on the list based on the total number of households that streamed it for at least two minutes within the first 28 days after its debut.

Netflix’s list of top 10 most popular scripted series is notable in that every single spot went to a Netflix original. The Witcher’s fleet ascension to spot No. 2 is impressive, but the show admittedly had an advantage over other new properties when it debuted Dec. 20–namely the fact that it’s not really new. It’s based on Polish author Andrzej Sapkowski’s beloved book series of the same name, which began publishing in 1993, amassed a cult following, and was subsequently adapted into a bestselling (to the tune of more than 40 million copies) video game franchise, as well as a film, a Polish TV series, and a graphic novel series. Netflix renewed The Witcher for a second season in November 2019, a full month before the first season’s debut.

Sincerely hope you’re all enjoying your visit to The Continent.
Signed, your humble and handsome bard. #TheWitcher pic.twitter.com/YNt8fZXPlB

The only show to edge out The Witcher was the third season of ’80s sci-fi behemoth Stranger Things, the series that arguably put Netflix on the map as a capable producer of original shows. It too has already been renewed for another season, and that renewal came with a tasty nine-figure deal for creators Matt and Ross Duffer.

Other “most popular” series include comic book adaptation The Umbrella Academy at No. 3, dark comedy Dead to Me at No. 4, the second season of thriller You (released just three days ago) at No. 5, Central Park Five docudrama When They See Us at No. 6, true crime drama Unbelievable at No. 7, British teen comedy Sex Education at No. 8, the third season of 13 Reasons Why at No. 9, and black superhero drama Raising Dion at No. 10.

Unlike scripted series, Netflix’s top 10 most popular movies list is a mix of Netflix originals and outside productions. It’s led by a Netflix original: Adam Sandler and Jennifer Aniston’s comedy Murder Mystery. The film’s splashy release weekend prompted Netflix to break from the norm and officially reveal that it was streamed by a record-setting 30.9 million households in its first 72 hours on the platform. Murder Mystery is followed up by Ryan Reynolds’ 6 Underground, and then the Netflix original streak is broken by Incredibles 2 at No. 3.

Here’s the full list of most popular movies (Netflix originals are marked with a *):

With top nonfiction series, we’re back to all Netflix originals. The list is unsurprisingly topped by its original Tidying Up with Marie Kondo, the exhaustingly controversial (and endlessly memed) series where professional declutterer Kondo helps folks rid themselves of things that don’t spark joy. One especially notable top nonfiction series includes You vs. Wild, Netflix’s biggest interactive project to date, which came in at No. 4. An adaptation of survivalist Bear Grylls’ longrunning Discovery Channel show Man vs. Wild, the miniseries put Grylls’ survival decisions in viewers’ hands, asking them to make choices to help him navigate safely through treacherous situations.

Another originals-only list is comedy specials, a genre into which Netflix poured millions of dollars before slowing down this year to refine its comedy strategy, as the streamer told Bloomberg in October. Every single one of its top 10 comedy specials for this year comes from an established celebrity comedian–but the list might look different next year, as a key part of Netflix’s changing strategy involves starting to bring in lesser-known comedians who focus on short sets and sketch comedy.

It is worth noting that while this year’s list is light on women, with just Amy Schumer and Wanda Sykes, it is absolutely dominated by comedians of color, who hold seven of the top 10 spots.

Other lists for this year include most popular documentaries, most popular kids and family series releases, and most popular international releases. Those lists are embedded below.