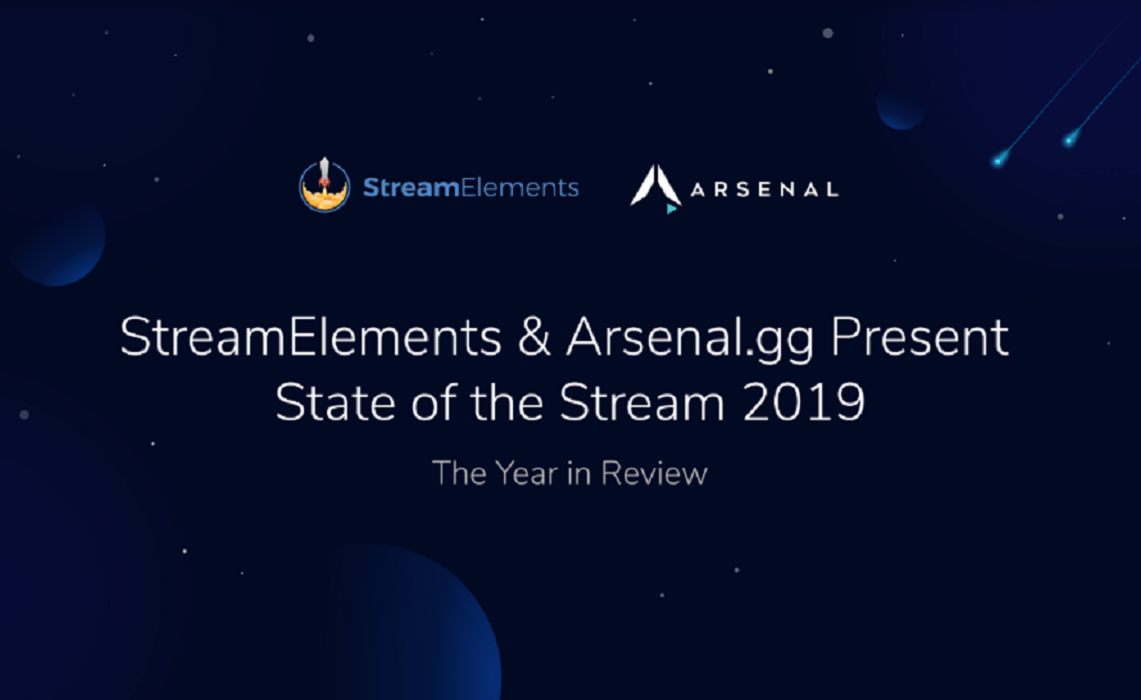 Mixer’s recent bold and likely expensive business moves–poaching Twitch’s top star, Ninja, along with a handful of other major streamers–drew attention and new eyeballs to the growing platform, which experienced significant growth this year and might be making a (very small) dent in Twitch’s streaming space domination.

According to lives stream production tools company StreamElements and stats aggregator Arsenal.gg’s annual State of the Stream report, Mixer has seen an impressive 149% year-over-year increase in hours of streamed content watched, jumping from 142.2 million in 2018 to 353.7 million in 2019. Because the report judges size of market share based on number of hours watched, that jump also pushed Mixer’s share of the market from 1% last year to 3% this year.

Of course, the biggest chunk of the market, 73%, still belongs to Twitch, where viewers watched a whopping 9.3 billion hours of content this year. (It brought 7.7 billion hours last year, so that’s a 20% year-over-year growth rate.) But of the “big four” primarily gaming-focused streaming platforms–Twitch, Mixer, YouTube Gaming, and Facebook Gaming–it saw the biggest drop in share in from 2018, when it had 75% of the market cornered.

Meanwhile, YouTube Gaming saw a 16% growth in number of hours watched, bumping from 2.3 billion last year to 2.7 billion this year. But it too dropped in market share: 22% to 21%. YouTube and Twitch’s lost percentage points were scooped up by Mixer, yes — but also by Facebook Gaming, which saw a whopping 210% increase in hours watched this year, bringing 356.2 million compared to last year’s 114.7 million. It went from holding 1% slice of the market to now being tied with Mixer at 3%. (Facebook Gaming is also entering the streaming sign-up wars, having just snagged Disguised Toast from Twitch.)

As for which creators drove the most hours watched for those platforms, Fortnite streamer and reluctant FaZe Clan member Tfue came out on top across all platforms. He alone brought Twitch 87.7 million hours watched. He was also responsible for Twitch’s highest concurrent viewer count, with a record peak of 323,000 people tuning in for his Fortnite Fall Skirmish gameplay stream.

The next biggest streamer, Shroud, brought more than 20 million less: 65.8 million. (Shroud followed Ninja to Mixer in October, so his count includes data from both Twitch and Mixer.) Twitch streamer summit1g came third with 60.9 million, and Ninja is in fourth place with 57.9 million hours on Twitch and Mixer combined. Ninja and Shroud are the only two non-Twitch streamers to make the cut, and they likely did so because they spent a large portion of the year on Twitch.

One reason for Twitch’s continued command in the space is its diversity of content. Twitch has been working hard to establish itself as the platform for non-gamers, most recently with a splashy rebrand and streetside ad campaign that welcomed passersby with the slogan, “You’re already one of us.”

And people appear to be responding to that call: for the second year in a row, Just Chatting, Twitch’s non-gaming content category, is the third most-watched topic on the platform. In 2019, people watched 651.5 million hours of Just Chatting content, and it was beaten only by League of Legends’ 990.3 million and Fortnite’s 884.9 million hours watched. (In 2018, Just Chatting brought 458.1 million hours; that’s a 44% increase year-over-year.) StreamElements and Arsenal expect Just Chatting to end up in the No. 2 slot next year if growth remains steady.

(It’s worth noting, though, that StreamElements and Arsenal appears to have only tracked YouTube and Facebook livestreaming on their respective dedicated Gaming verticals rather than across all categories, so this data accounts for just part of the total livestreaming done on those platforms.)

As for top games, Twitch’s biggest newcomer was EA/Respawn’s battle royale Apex Legends, with 296.5 million hours streamed. It came in eighth place on Twitch’s top 10 most-streamed games of 2019. You can see the top 10 games for both 2018 and 2019 here:

Overall, this year’s report shows that “while all of the platforms are growing, the newer platforms are gradually taking away market share from the older ones,” Doron Nir, StreamElements’ CEO, said in a statement. He added that for Mixer specifically, “This growth is not yet related to their recent talent grabs, but a yearlong focus on achieving parity among basic offerings such as low lag and latency,” along with quality-of-creator-life things like the suite of engagement and monetization tools Mixer added at the end of 2018.