YouTube Treads Safe Approach To This Year’s ‘Rewind’, With Series Of Data-Driven Lists 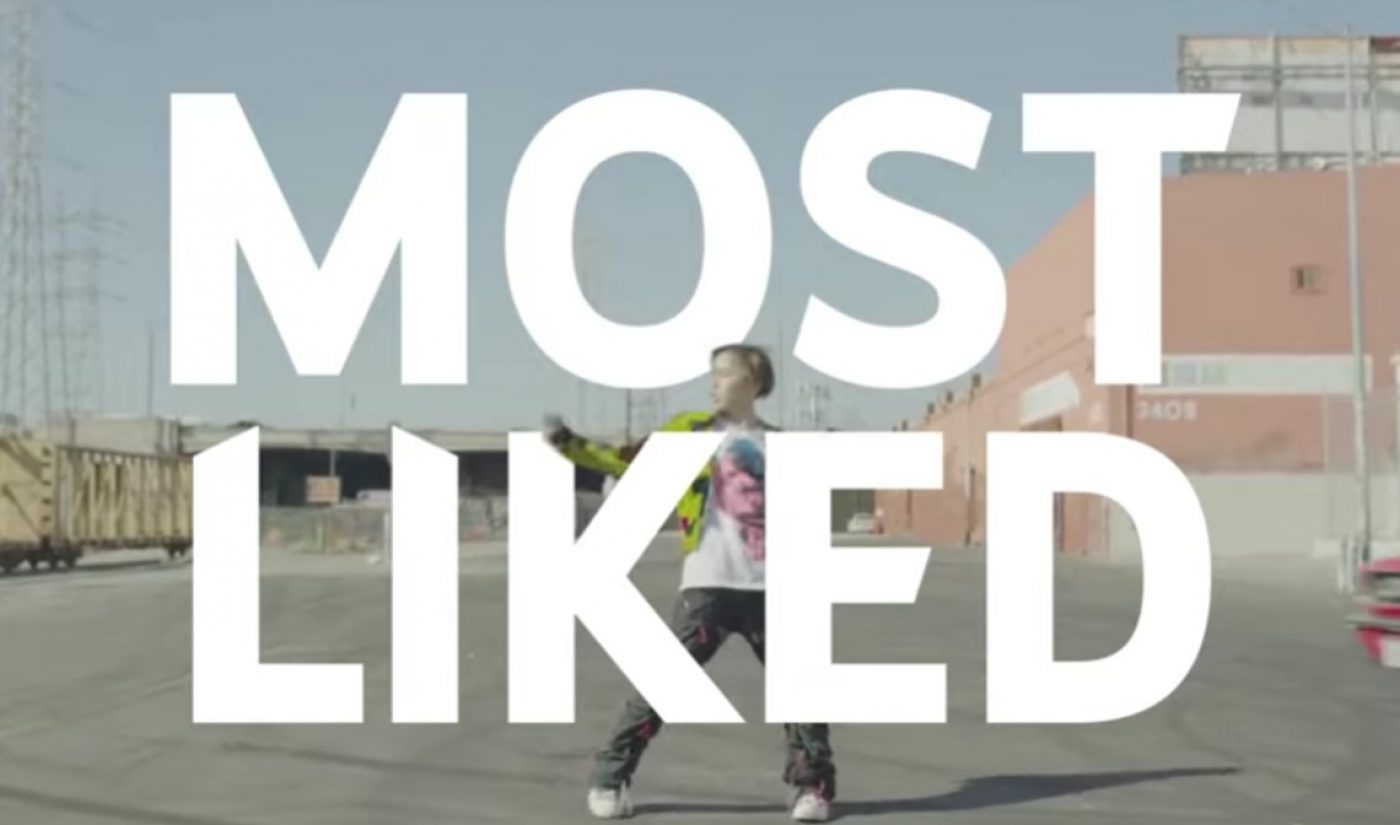 In recent days, YouTube has been provocatively teasing and lowering expectations around its annual Rewind video — a compendium of the year’s biggest viral moments and platform-wide trends, which typically arrives in the form of an original production set to buzzy music tracks.

But after last year’s disastrous Rewind video became the most-disliked video in the platform’s history — amid complaints that the company avoided controversial moments and steered clear of newsworthy creators in favor of a squeaky-clean, brand-safe approach — YouTube took a decidedly different tack this time around. Rather than a narrative video, in which top creators were culled together to appear in different highly-produced scenes, this year’s Rewind — subtitled For The Record — is composed almost entirely of data-driven lists, where ‘likes’ are the starring metric.

Likes and dislikes will both be enabled… see you tomorrow

While this lends a slightly stale feeling to the video, it is an efficient approach that abdicates YouTube of being held accountable for what’s included (given that recognized videos have ostensibly selected by viewers). It also avoids any cringe-inducing scripted scenes — such as in last year’s video, when Casey Neistat and other creators memorably extolled their love for “K-pop!” in a faux-excited shout.

To be fair, the clip does boast a grabby beginning — set to Ariana Grande’s “7 Rings” — in which YouTube pokes fun at last year’s Rewind. It was also produced in partnership with longtime collaborator Portal A, which works with YouTube on the clip each year, including last year’s much-derided outing. “In 2018, we made something you didn’t like,” a caption onscreen reads, as scathing reaction videos play. “So in 2019, let’s see what you DID like. Because you’re better at this than we are.”

The rest of the clip comprises video lists — which looked at YouTube in 2019 globally — including: the ‘Most-Liked Creator Video’ of the year (MrBeast), the ‘Most-Liked Music Video’ (Senorita), the Most-Liked Dance Video (ChapkisDanceUSA), the Most-Viewed Video Game (Minecraft), the Most-Liked Beauty Video (James Charles), and the Most-Viewed Creator (PewDiePie). The video concludes with a hodgepodge of random stats, including the first Thai (Kaykai Salaider), Middle Eastern (Noor Stars), and Turkish (Enes Batar) creators to hit 10 million subscribers.

“This year we’ve taken a different approach to our end-of-year Rewind video,” Kevin Allocca, YouTube’s head of culture and trends, said in a statement. “We heard the community’s feedback loud and clear: Rewind should reflect the year on YouTube as accurately as possible. As a result, 2019’s video will feature a montage of clips from the top videos, channels and moments of the year based on the data: views, subscriptions, likes, social mentions and more.”

You can learn more about how the lists in this year’s Rewind were generated — as well as other end-of-year-findings from YouTube — right here.