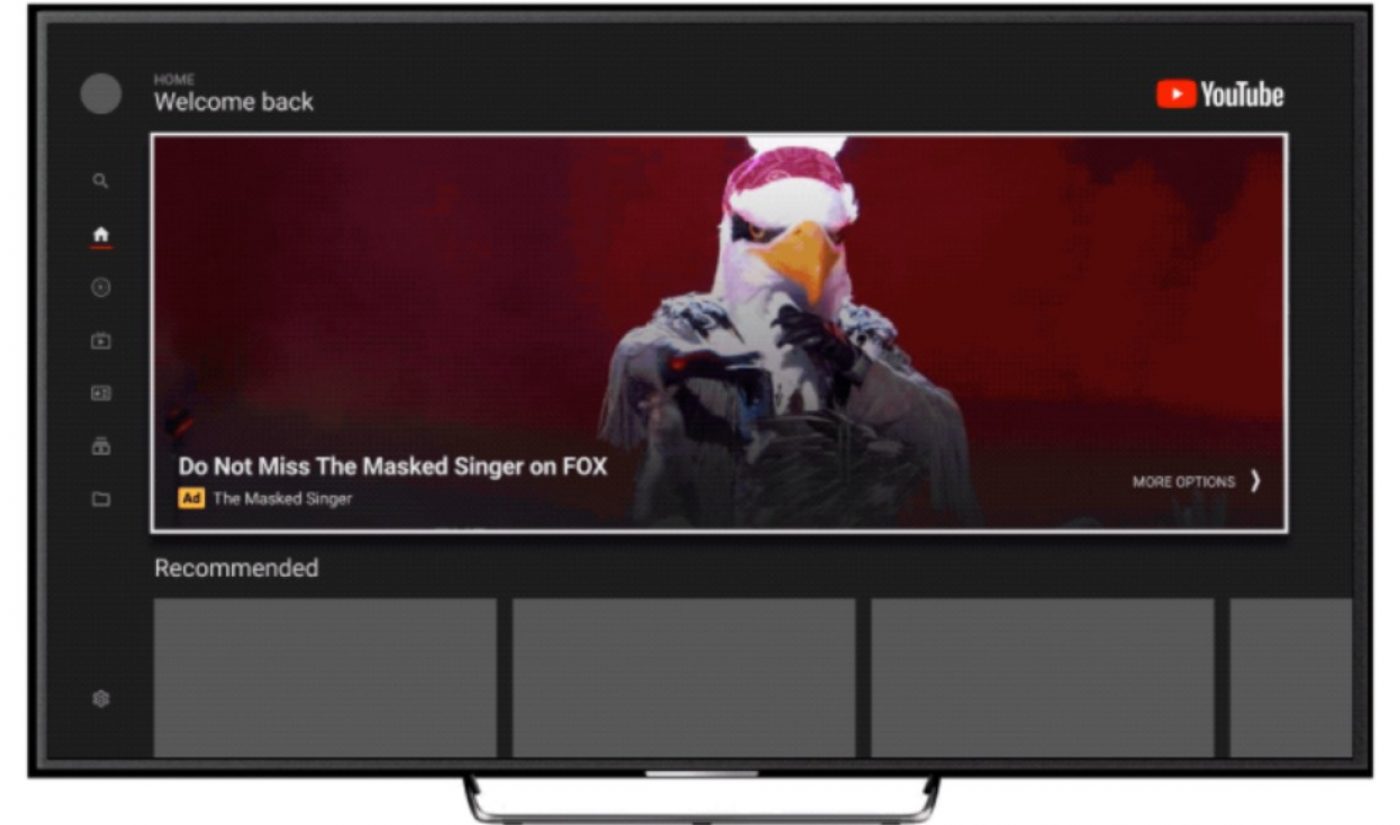 In September, YouTube confirmed that it was beta-testing Masthead ads on television screens. Previously, the format had only been available on mobile and desktop devices.

It was a substantial move, given that the Masthead is arguably YouTube’s highest-impact ad product, spanning the full width of the top of the homepage, and autoplaying within seconds of the YouTube app’s launch on any screen.

Now, after various test campaigns in select markets, the Masthead format is available globally, YouTube’s ad product manager Anish Kattukaran confirmed in a company blog post. Advertisers can purchase Mastheads for TV on a CPM (cost per 1,000 impressions) basis — another change that YouTube instituted for the format in February. Previously, Masthead ads were sold on a fixed per-day rate — meaning that only one Masthead ad was available to one advertiser each day. (In 2015, this was reported to cost as much as $400,000 per day). Today, however, Mastheads are vended in seven-day blocks, where advertisers can bid on the space on a per-impression basis.

YouTube notes that Fox has been testing Masthead spots for its hit competition series The Masked Singer, with Fox media VP Natalie Park stating that the format ”reaches viewers where they live, right at their point of viewing, and with YouTube’s scale, it’s the perfect partnership and a fantastic way to promote our No. 1 show.”

Mastheads can be purchased cross-screen — spanning mobile, desktop, and television — or as a TV-only buy.